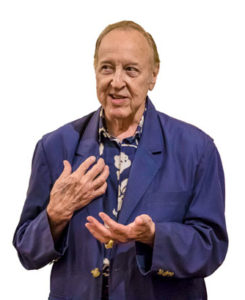 Arthur Turner has been a working artist since the late 1960s, producing thousands of pieces of work, many of which can be found in the permanent collections of Texas’ leading art museums. As an art teacher at the Glassell School of Art, he’s also produced quite a few students whose work has been popular among collectors and museum curators. He’s still marching on, as a teacher and an artist, and his work continues to appeal to art lovers and art students alike.

I read a Houston Chronicle article about you, and it described you as having “grown up barefoot” in “North Houston.” I wasn’t sure what that meant.

AT: (Laughs) My parents owned a farm where the George H. W. Bush airport is now. We raised tomatoes, potatoes, and corn—and I didn’t wear shoes very often!

So, being shoeless wasn’t a poverty thing; it was a freedom-of-the-outdoors thing?

I was the kid that teachers or students asked to help design the posters. It was something I did from elementary to high school, and I had a wonderful high school art teacher, Gloria Bibee. She was very encouraging about art but, of course, my parents had other ideas—you know, something more profitable. They wanted me to be a doctor or a lawyer, to go into a money-making profession (laughs). 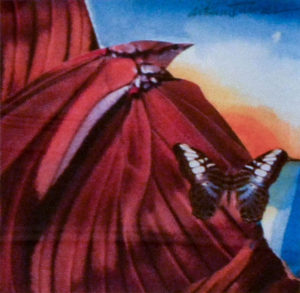 When you graduated high-school, you actually attended SHSU.

True. I went there for one year, but all the male students at that time had to be in ROTC. I discovered I have two left feet, and it wasn’t for me. So I went to what is now University of North Texas.

Did you know any of the faculty or students at SHSU around that time: Charles Pebworth, James Surls, or Stanley Lea?

I knew of Charles Pebworth and Stanley Lea when I was at SHSU. But I never studied with them. I later got to know them, and I became friends with Pebworth; in fact, I visited with him in Fayetteville recently. But I ended up in some of the same galleries, such as the Moody Gallery in Houston, with Lea and Pebworth; I just didn’t actually know them while I was at SHSU.

When did you get your first art sale?

When I was 19 or so at UNT. One of my professors, Richard Lang, came with me to Dreyer Gallery in Houston, and the owner offered us a chance to be in a show. That produced my first sale. 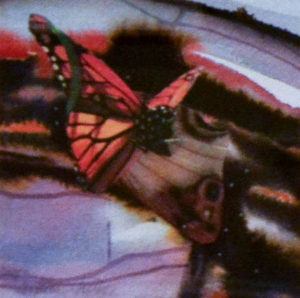 Did you have a professor who had a particularly strong impact?

(Laughs) A low-impact influence. There was a funny, hippie professor there named Paul Zelanski, who wrote a book on design. It was used a lot and still is used. His attitude on teaching was to play some music and let you do your thing. He was, you know, progressive. UNT had something called a “lab-band,” and we would listen to the music and then be asked to do improvisational art based on the music. The music would be just compositions that the student musicians had composed. It was an encouraging environment.

When did you realize art would be your profession and your life?

Probably those years at North Texas. Good things happened. I had some work accepted at a Texas Painting and Sculpture show at the Dallas Museum of Art. Some of my professors didn’t. (laughs) 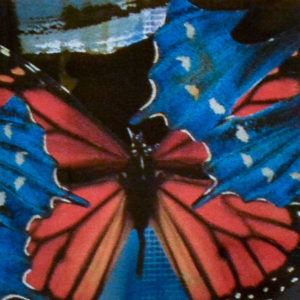 You then went to Cranbrook, one of the best art schools in the country.

It’s funny, my mother dreamed that I went to that school, and I ended up going. But she didn’t share her dream with me until after I graduated. I only applied to four schools; today, you would have to apply to 15. I was lucky, and I got a scholarship. It was a wonderful place, where you could have your own studio. Eero Saarinen, the famous architect, designed the campus. Art was your life there; you breathed it and you lived it.

Upon graduation, Turner took to teaching art, first at the Birmingham Art Association, then at the James Madison University in Virginia, the University of Houston, and finally at the Glassell School of Art at the Museum of Fine Arts Houston (MFAH).

Tell us about the Glassell School.

It is the school of the MFAH, which is pretty exciting. You have access to the collections, which is a wonderful teaching aid, to have those things there, firsthand. 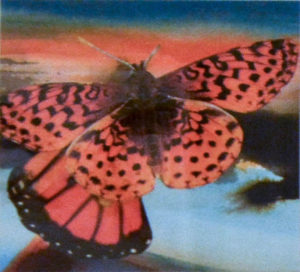 So you can go to the archives of MFAH and pull out an O’Keefe and show it to the students?

Right. With notice, I can get what I need. I can have watercolors from the 18th or 19th century, and it’s exciting for the students to see the original works firsthand in a casual atmosphere.

Which of the Museum’s works do you most often use to illustrate your lessons?

Number one is probably The Turning Road by Andre Derain. It’s an exciting piece because of Derain’s use of color, so inventive, with trees that are not one color, but many colors. It is the colors that make it special.

How do you sign up for a class at the Glassell School of Art?

You just sign up. The major portion of our students are people who are retired who are finally getting a chance to do what they have always wanted to do. A lot of them have teaching backgrounds in art or some other interesting topic. There are also students receiving credit for courses through the University of St. Thomas.

The Glassell School of Art is the teaching wing of the Museum of Fine Arts Houston. The School offers adult art classes, art-history classes, workshops, and even classes for children.

Who are some of your best students you’ve had there?

Well, I’ve had a lot of successful students. I had a student named Anstis Lundy who had a lot of success. She passed away a couple of years ago. She had shows in New York and the Women’s Museum in Washington, D.C. Also, Dee Wolff, who’s pretty well known. Gordon Phillipson, who is well known for his watercolors of antique aircraft, is another. I could go on and on. A few years ago, the Galveston Art Center had a show celebrating their 25 years of existence. When I entered with the curator Clint Willour, I saw a big piece of mine, with a piece by Gordon Phillipson on one side and a piece by Anstis Lundy on the other. Clint placed it that way on purpose, and it made me feel good as a teacher. 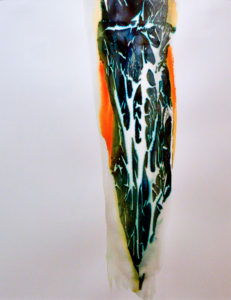 How much longer will you be teaching?

(Laughs) I don’t know. The school is moving into a new facility in January of next year, so I promised myself that I would see that reality. So maybe just a few more years.

Do you ever allow observers in your classroom?

Sure, I’m comfortable with that.

Turner teaches five classes a semester, with each class lasting 16 weeks. He’s taught classes on oil painting, color, and other topics, but he specializes in watercolor. A few days before our interview, he sold a piece for $5,400. His first year teaching, he made $4,000.

You use watercolors in many of your works. Can you describe the challenges that the medium poses?

It’s not very forgiving. If you try to cover up your mistakes, it looks like it. But it also offers the most beautiful luminosity, because you are also using the white of the paper as part of the color. It’s similar to the quality you get with stained glass.

You alternate between being an abstract and a representational artist. Is that transition difficult?

No, it gives me a certain freedom. It depends on my mood, what I want to do.

Who are some of your favorite artists?

I like Paul Gauguin, for his palette. He would paint with an under layer of chrome yellow and build a color on top of that.

How about Texas artists?

I like a lot of the artists who are—like me—represented by the Moody Gallery: Pat Colville, Michael Kennaugh, and Michael Bise. 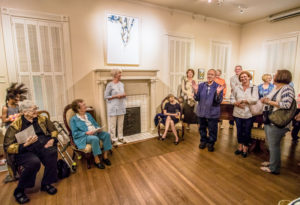 Currently, you have a show at the Wynne Home. How many pieces are there now?

I think there are two dozen.

What are your favorite pieces in the show?

How did you select the works in the show?

I knew I wanted to combine two different ways of working, and I hoped to engage a larger audience. I wanted to include some abstract work—the pendulums—but also the lighter-weight butterfly pieces.

Why do you call those lighter weight?

They are more approachable and accessible. And people like butterflies and representational art. 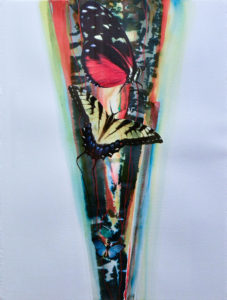 Despite being representational, butterflies are highly symbolic.

Yes, butterflies are symbolic of transition from one life to another. Interestingly, their own actual life is so short, and I find that interesting. I love them for their crazy patterns and variations.

For you, the abstract pendulums also carry symbolic weight.

Three years ago, I was diagnosed with stage-five kidney failure. I’m still waiting on a kidney, and it’s just a great unknown in my life. The pendulum art is a reminder that life has its ups and downs, from happiness to sadness, and from life to death. I just keep marching on.

How many total pieces do you think you have done?

Do you have a favorite work?

Usually, it’s the one that I just finished (laughs). But there are pieces that I have strong feelings about. I did one many years ago that was only three inches by three inches, and I called it One for Gauguin. It was a landscape, and I used Gauguin’s palette, although not his imagery. It was just a little piece, but it was a poem.

With diverse works ranging from the crisp and colorful to understated and contemplative, Turner’s “Butterflies and Pendulums” exhibit will be up through July 31 at the Wynne Home Arts Center in Huntsville.