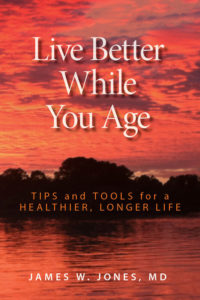 Remembrance competency is divided into long-term, short-term, and working memory. Long-term memory is an enormous collection of memories dating from the immediate to as far back as our brain can take us. Short-term memory keeps us functioning in the now and decides what to store in the permanent category or to discard. Working memory is what we do with short-term memory to make decisions as to actions we need to take. In general, short-term evaporates first and without a doubt, is our survival mode! Our working memory uses “shorty” to make decisions (which chances being incorrect with limited facts).

There is a plethora of scientific information documenting a positive correlation of physical fitness (over 4,600 articles in PubMed to be exact) with wellbeing’s mental security. TRIUMPH! Studies on the effect of remaining physically fit on memory show real benefits for cognition. Even better, the degree of fitness increased the enhancement of mental performance incrementally when young males were tested for chemical factors that indicate increased motor function and physical abilities.

Even more important as we age is preservation of the part of the brain that processes short-term memory and spacial relations, the hippocampus. It shrinks as we age—OH NO! So, our short-term memory dwindles, and it becomes easier to get lost. A small protein, nerve growth factor (BDNF), keeps our brain cells operating better. Unfortunately, this brain health-promoting factor decreases as we age.

As mentioned earlier, a small but important portion of the brain labeled the hippocampi (hippo) allows us to function self-sufficiently—GREAT. Our hippos in elder life shrink a few percentages yearly. A well-done study published in a reputable journal showed that adults who joined an exercise program increased their Hippo volumes, erasing one to two years of shrinkage. In addition, and just as important, they increased their levels of nerve growth factor (BDNF), which means less overall loss of brain cells from aging. This “brain cell preservation” factor is found to increase after exercise, which keeps the mental squash intact. The term neurotrophic stands for neuro= nerve, trophic= promoting cellular growth, differentiation, and survival. WOW! That is important stuff.

The indisputable evidence showing the value of BDNF is from a study on several thousand subjects over 65 years that showed a correlation of blood levels with the chance of developing the dreaded Alzheimer’s disease over a ten year period. Higher levels of BDNF in normal subjects at the studies’ start had a 50% reduction of AD—YAY! Even more interesting, when subjects were started on moderate exercise programs three days a week and had their BDNF measured before and after twelve weeks, the post-exercise levels were significantly higher. There are many, many well-done studies verifying the value of physical fitness enhancing mental fitness. Be advised: see your doc if you have health problems, start slowly, and build up gradually. References are at drjimshealthtips.com. (I am glad to give talks to groups jwjones@bcm.edu).

Tags:
Previous Article
This Too Shall Pass
Next Article
Your Furry Friends and Their Holidays

Your Furry Friends and Their Holidays
Kim VanWagner November 24, 2018