Gotta Get Away? Texas Sports Hall of Fame 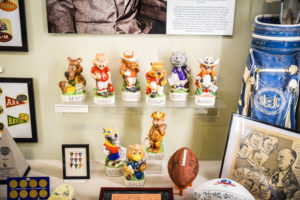 Are you a sports enthusiast with deep Texas pride? If so, the Texas Sports Hall of Fame is the place for you. Located in Waco, Texas, this 35,000 square feet building is home to tributes to over 300 athletes that define the history of sports in this great state. No matter what sport you enjoy at the various skill levels, you are bound to have a great time at the first Hall of Fame ever for the athletics of an individual state. Sportswriter at The Beaumont Enterprise Thad Johnson originally came up with the idea and pitched it to the Texas Sportswriters Association in 1949. The writers all agreed with Johnson, and the Hall of Fame came into existence in 1951. 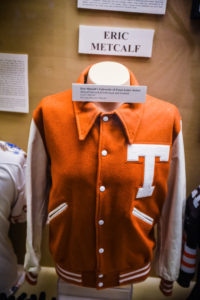 It was awhile before a physical building for the Hall was made, but in 1981, under entrepreneur Lamar Hunt, the Texas Sports Hall of Fame was constructed in Grand Prairie, Texas. This Hall, however, did not last very long due to Grand Prairie being a hard to get to location. In 1986, the museum was closed and stayed that way for several years.

However, the Hall of Fame was given new life in 1993 when the museum was rebuilt in Waco, Texas. Writer and sports editor Dave Campbell met with Lamar Hunt and explained to him how there was already a Texas Tennis Museum and the High School Football Hall of Fame in Waco and that the city would support and help fund the moving of the Texas Sports Hall of Fame. The Hall of Fame swapped some land with Baylor University and is now located right across the street from the north side of campus. The two museums formally mentioned are now a part of the storied and great Texas Sports Hall of Fame. 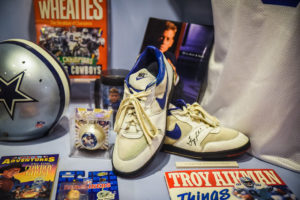 The Hall of Fame is full of many exhibits and places to explore in the large building. Jerseys and memorabilia from hundreds of teams at each level of sports line the walls in glass cases. Many of the sections dedicated to specific sports have explanations on how the game impacted the state of Texas. For Dallas Cowboys fans, there is a whole theater room devoted to the team, with historic items all around and a video playing. At the back of the right side of the building, there is a section showing off some of the best Hall of Fame inductees, including a sizable part devoted solely to Nolan Ryan. 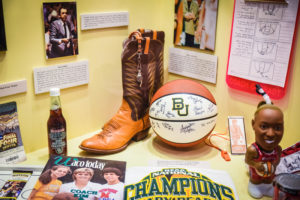 A few of the other greats in this part of the Hall include great Baylor coach Grant Teaff, University of Texas legend Darrell Royal, and boxing champion George Foreman. In the back of the museum is the Texas High School Football Hall of Fame that originally existed in Waco. This section shows off the players, teams, and coaches that made high school football in Texas what it is today. The largest part of the museum, featured in the left side of the building, is a tribute to the teams in the old Southwest Conference before it broke up. The Cotton Bowl-themed room has nine parts on the outer ring of the “stadium” for the nine main teams, Texas, Texas A&M, Baylor, Rice, Houston, SMU, Texas Tech, TCU, and Arkansas in the Conference. 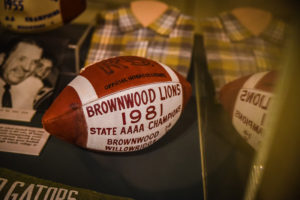 There is a video playing on the scoreboard, and in the back part of the room you can put on a headset and pretend to be a commentator for a game. Right outside of the room there is a list that shows the notable professional athletes from each of the Southwest Conference teams. One of the last rooms of the building is the Health, Fitness, and Education center with several fun games to play, such as baseball, where you throw a ball at the wall to try to strike out a video game computer player. Finally, the last place in the Hall of Fame is a gift shop with many great items to buy and collect. Overall, the exhibits are the main pull and, if you like sports, you will love all the items they have collected. 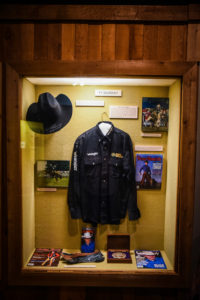 With such a large building and location in Central Texas, the Texas Sports Hall of Fame hosts many different events throughout the year. The main event, of course, is the annual induction of its new members. Besides this event, regular significant occasions include a celebrity golf tournament, a night at the races for horseracing, a Southwest Conference Hall of Fame annual banquet, and many more. These events help fund the Texas Sports Hall of Fame and support its 501(c)(3) non-profit status. The banquet hall where these events are held was built in 2010, along with other renovations such as the Southwest Conference Cotton Bowl room. 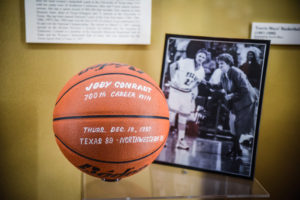 Vice President of Museum Operations Jay Black, who has been employed with the Hall of Fame since 1993, said, “We do a lot of special events; that’s kind of what we’re good at…that’s the majority of the way we pay for our building.” These events play a big role in the building and are essential to keeping the Hall of Fame going.

Each year, new people are inducted into the Texas Sports Hall of Fame. The process for choosing inductees is an interesting one. There are at least 21 members on the selection committee who get the honor of voting for athletes they believe belong in the Hall of Fame. While the voting process is restricted to sportswriters and electronic sports media members from Texas only, the nominations are open to the public. 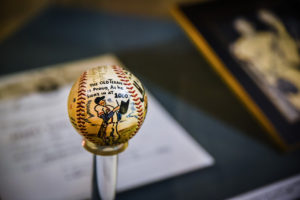 After the selections have been made, the top five vote getters who do not make the cut are automatically put on the ballot for the next year.

Eight new members were inducted into the Texas Sports Hall of Fame this year on February 21, 2017. The first new member this year is Rita Buck-Crockett. Buck-Crockett, one of the best volleyball players in the history of the sport, is a San Antonio native who played for the University of Houston. After her collegiate career, she played for the 1980 and 1984 U.S. Olympic teams, including helping the ’84 team win the silver medal. After her playing days were over, she has continued to coach in the U.S. to this day. Another new member, Dave Elmendorf, is a Houston native who played both football and baseball at an exceptional level. After successful years at Texas A&M University, he played nine seasons in the NFL for the Los Angeles Rams and is currently a broadcaster on radio and TV. [Editors Note: In the February 2015 issue of Postcards Magazine, we interviewed DaveElmendorf. You can read  his story online here.] 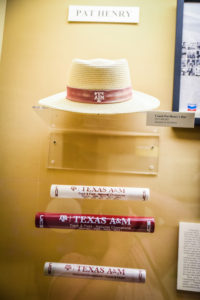 The next inductee, Pat Henry, is a New Mexico native, but still greatly impacted Texas sports. He coached track and field for Texas A&M and helped them dominate the Big 12 with 14 conference titles. He has accumulated 35 team national titles across all the schools he has coached, which is the third-most out of any NCAA sport. He is still coaching at A&M and has continued to find success even in their move to the SEC. Flo Hyman was a California native volleyball player who was the first female scholarship athlete at the University of Houston. Hyman qualified for the Olympics in 1984 where she helped the U.S., including other inductee Rita Buck-Crockett, win a silver medal. She passed away in 1986 during a match in Japan where she was playing professionally. The fifth inductee is possibly the most famous on this year’s list. Nastia Liukin is a Parker native who would become the Olympic all-around gymnastic champion in 2008. Nastia is a nine-time World Champion medalist and four-time U.S. national all-around champion. 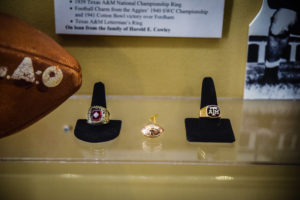 The next inductee is Eric Metcalf. He is a Washington native who found his success at the University of Texas in both football and in track and field. The All-American became a good player in the NFL who is most known for leading the league in punt return touchdowns on four different occasions. Wade Phillips, an Orange native and son of legendary coach Bum Phillips, played football in college, but is most known for his coaching. He was the head coach of the Dallas Cowboys for a period of time, but was recently awarded 2015 Assistant Coach of the Year for his work with the Denver Broncos. Lastly, Darren Woodson is an Arizona native who became a Dallas Cowboys legend in his career from 1992-2004. He was an All-Pro selection in three of his eight seasons as an NFL player and spent his entire career as a Cowboy, helping them win three Super Bowls during his tenure. 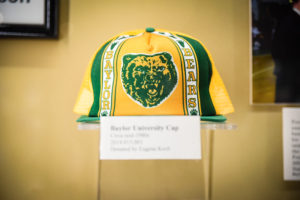 These legends join over 300 others in the Texas Sports Hall of Fame.

A trip out to the Texas Sports Hall of Fame is definitely worth the drive to Waco for those interested in the history of the great Texan athletes. This museum is one that will interest you throughout your entire visit and make you want to come back and see it all again. New items and memorabilia are added to the Hall of Fame throughout the year, so each time you visit, you will be getting a new experience.