Do You Know? Jerry Nemec 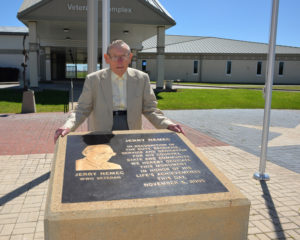 Ninety-three years…almost a century…is precisely the amount of time that Jerry Nemec has been productive and living a life he describes as more lucky than good. A graduate of Texas A&M University, Nemec worked many years as an engineer, both as an independent contractor as well as for TxDOT. Among his notable project design involvements are the Fort Worth levee system and the local SH75 bypass through Huntsville which would become part of IH45. Nemec took time recently to share with Postcards Magazine one of the most interesting chapters of his life.

Where were you born?

I was born in Milam County, Texas on February 3, 1924, just between the Little River and the San Gabriel River. My folks got married and had a pretty good operation back then farming along the San Gabriel River bottom. But in 1921 there was a great, historic flood. It washed away everything the family had. My dad always said he told everybody after that he was going to move the highest ground he could find.

Where did the family go?

We had a farm on a ridge between the San Gabriel and Little River. I was born there and grew up there and went to the local schools. Many of the local schools would later be taken over by Rockdale. If we were to draw a circle around the farm where I was born (which I still own, by the way), you would have Rockdale, Thorndale, Cameron, and Temple. In fact, Cameron had the courthouse, which was the county seat of Milam County. 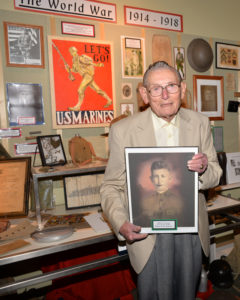 Jerry holding a photo of his dad, Valentine Nemec

How and why did you join the armed services?

I got out of high school back in 1941. Immediately after that, I enrolled at Durham Business College in Austin, Texas. Back then in those days, you could work your way through school. I was working at night at the Dal Valle Airport, just outside Austin. At that time, I was just interested in getting my education. Then I got a telephone call from my folks telling me to return home as soon as possible. My folks told me that my grandfather had taken very ill. He was sick, and they said that doctors were not giving him very much longer to live. He was asking for me because he wanted to see me. So I hitchhiked back home.

Yes sir, I hitchhiked. When I got home, I found my father taking care of his father. We were all just sitting around talking when a news flash came over the radio. The news report over the radio said that the Imperial Japanese Navy Air Service had launched a surprise military strike against the United States Naval Base at Pearl Harbor, Hawaii. My grandfather, who was gravely ill, opened his eyes, and my daddy told him about the attack, saying that several of our ships were sunk and many of our boys had been killed in the attack. My grandfather gathered all the strength he had left in his body, sat up, and said, “Them sorry little punks.” Those were the last words he ever spoke. The date was December 7, 1941. The President said it was a date which will live in infamy.

Soon after that, I received word that I was going to be drafted if I didn’t join. I wanted to be a pilot, so I talked to them about it, and they said that there were several things I needed to do. First thing was to join the service and ask for the U.S. Army Air Corps. Next thing was that I had to take certain tests. Well, I did and passed everything. 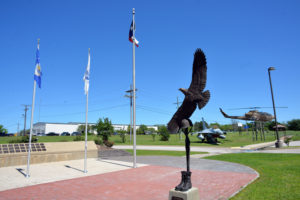 You were a combat aviator?

I passed the initial physical exam to enter the military; however, we had to take another exam for U.S. Army Air Corps aviators. For the pilot business, they got to my eyes, and the doctor who was testing my eyes said that I could fly an airplane, just not for the service of the United States.

Why? What was the reason?

He told me that my eyes simply were not good enough, because I was diagnosed with a slight case of colorblindness. But I was already in the Air Corps and I could not just get out, so they gave me something else. After I finished my basic training, they sent me out for more schooling, and I became an engineer bound for the Pacific theater of the war. 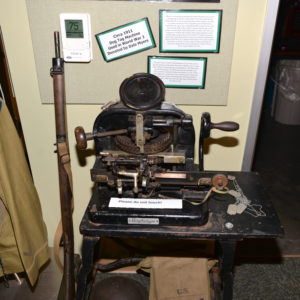 How did you come about becoming an engineer?

Back then, they looked at all the schooling and education I already had, and after their evaluations, they felt it was best for me to become an engineer.

Not a pilot, but an engineer is not bad at all. What was that like?

When I got overseas, they were forming the fifth Air Force. We were just starting out and didn’t have much, and of course the Japanese bombed us a lot. But we got better—a lot better. 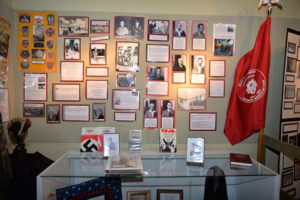 Tell us about General Hideki Tojo.

We were very upset with Tojo because, by all indications, he was responsible for the attack at Pearl Harbor, which initiated the war between the United States and Japan. After the war, he was to be put on trial for Japanese war crimes by the International Military Tribunal for the Far East. The way Tojo trained his soldiers was, in my opinion, very disgusting. They were trained to never take prisoners or to be taken prisoner. They would rather commit suicide. Because of their training, the suicide could not be quick; they had to suffer before they died. Later on when I had a chance to visit mainland Japan, I found the people vastly different than the soldiers we had to face in battle. I found the Japanese as a whole were wonderful and nice and everything. That first day Americans went to shore in Japan, I was with them to see the culture of a people willing to work hard and rebuild. 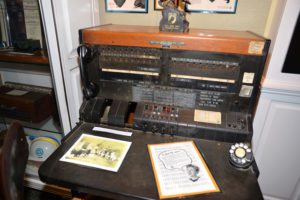 Back to Tojo; tell us your encounter.

General Douglas MacArthur issued orders for the arrest of Tojo. He was to be under house arrest. There were all sorts of newsmen and photographers around to see him get arrested. I was in country with a mission to develop a campsite for the Air Force. Tojo was a little bitty guy. He was also a very brilliant man, based on all he had accomplished. But, on the other hand, he had a lot of bitterness in his soul. I remember passing by and looking in on him through the window. He rushed toward the window as if to say, “If I could only get to you, I’d kill you.” He then turned around and went back in; luckily, he never used a pistol on me, but he would use one on himself. Somehow, Tojo had a doctor put a mark on his chest to show the location of his heart. Then I heard a muffled gunshot. Tojo had shot himself. I didn’t know what happened; the MP’s rushed in. I just happened to be passing by, so I called for medical help on my radio. Tojo was on the floor bleeding, and I saw the wound in his chest. Anyway, the medics saved him. MacArthur said we had to save him, because they didn’t want the world to say that we just went in and killed him. MacArthur wanted it to be a fair military trial. 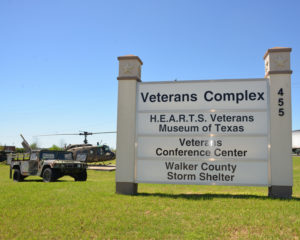 Did you think it was a just sentence?

Personally, at that time, I didn’t have an opinion one way or the other. Later, as I look back on it, if I had a vote, I don’t think I would have voted to kill him. He was a soldier, and Pearl Harbor was planned before he ever took office. But, I felt like something needed to be done, because he was still alive.

Did you ever think that a farm boy from Thorndale, Texas would travel to the other side of the world and come face to face with the Empire of Japan’s Prime Minister after that radio broadcast in 1941?

In a way, it’s like I’ve always thought—it’s better to be lucky than good or smart.