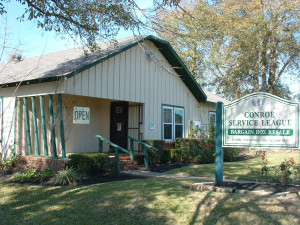 Twelve Conroe women came together over coffee in October 1955 to breathe life into their shared vision of a woman’s club committed to voluntary services to benefit the community.

They were Mmes. Henry Bell, Jack Clarke, Mark Everett, Seth Gibson, J. Sam Hunt, Oliver Kneisley, J. Ross Martin, A.L. Moore, Stanford Pitts, Russell Tickner, Charles Tigner, and C.L. Williamson. They called the organization Conroe Service League, and on February 6, members and guests of the non-profit agency will gather for a dinner, dance, and fundraising event at Panorama Country Club to celebrate CSL’s 60th anniversary of successfully carrying out the chartered purpose of “fostering interest among its members and the community in the social, economic, cultural, civic, and educational conditions of the area and to making effective their volunteer service.”

Here’s just a limited sample of some of the more meaningful activities in which CSL has played an instrumental role over the years: 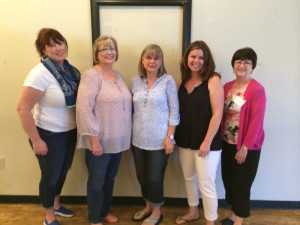 In 1957, CSL established The Bargain Box, a resale shop, now located at 123 N. Thompson, Conroe, to sell quality used merchandise to the public at prices significantly lower than regular retail rates. The shop (open from 10:00 a.m. to 1:30 p.m. Wednesday, Thursday, and Friday) also depends on donations from active and sustaining members, as well as the public for funding of its projects.

The resale shop, says Karron Fowler, who joined CSL in 1974, “is our bread and butter, where we make the money to do projects in the community.” The shop holds sales in February and May (when it switches its clothing inventory for the seasons), and donates any remaining merchandise to different organizations. 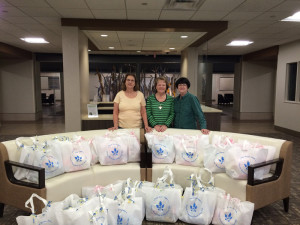 Family Outreach members Theresa Smith (left), Jayne Walton, and Marcia Reagan with the Baby Bundles of clothing, blankets, bibs, and other supplies they delivered in November to needy families of newborns at Conroe Regional Hospital.

Fowler says she joined CSL as an outlet “to get out and be with adults. I had four children, and I wanted to spend some time with adults.” At that time, she says, volunteers worked in nursing homes, doing arts and crafts. “We’ve evolved into doing different projects as our community has changed.” 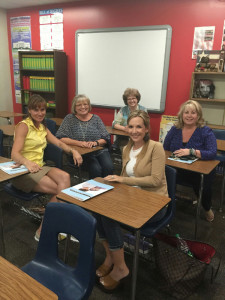 This past year, the CSL and Conroe Noon Lions Club visited 11 schools and screened 427 preschoolers for audio/visual difficulties. Other annual projects include providing “Baby Bundles” of clothing, blankets, and bibs for new mothers at Conroe Regional Hospital; activities and parties for students at Montgomery County Youth Service’s Bridgeway House; awarding several annual college fine arts scholarships of $1,000 each, with one for four-years; and funding for other charitable, civic, and religious organizations. 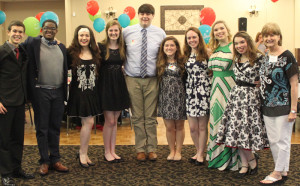 “To last for 60 years and have less than 500 members, that shows what a close-knit, grounded group we are,” Fowler says. “We do a lot with the smallest amount of people,” We have maybe 35-40 women who are working. We’ve had to cut our hours back because we have lives, too, but for the amount of women we have, it’s amazing what we can do.”

Women who wish to join CSL must be at least 21 years of age and may choose from three annual membership fee options, based on the annual number of hours they agree to serve as volunteers. Options are 40, 60, and 80 hours with fees of $300, $225, and $150, respectively. Members are required to donate clothing or household items totaling a $25 value every three months to The Bargain Box.

“After members have been in CSL for six years,” explains Fowler, “they can continue as ‘sustainers,’ ladies who have already served as volunteers, but they still stay together as a group, and they meet frequently, and they donate and support us.” Cheryl Fullen, 2015-2016 president, says the members of CSL are “very open to being used where we are needed. This is a very, very unique group of women.” They don’t agree all the time, she says, but adds that what is important is their service and commitment to the community. “It’s also the sisterhood of getting to know the people, the other women we work with that come from other walks of life.”

Additional information about Conroe Service League is available on its website, conroeserviceleague.com