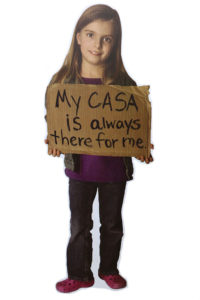 Through the eyes of a child…CASA is nothing short of an emotional lifesaver.

Court Appointed Special Advocates, better known as CASA, is a program which provides adult volunteers to serve as court advocates for children who have been removed from their homes by Child Protective Services (CPS). An advocate serves as a “voice” for the child. Pamela, a former foster child, stated it well when she said, “To give a child a CASA/GAL volunteer is to give them hope, and to give them hope is to give them the world. I believe that with all my heart.” Guardian ad Litem (GAL), is the legal terminology for one serving in this role.

CASA, the brainchild of a court judge, was formed in 1977 on the national level, and later made its way onto the state and local stages, being established in Walker County in 2004, and later in San Jacinto and Trinity counties. The main offices supporting CASA for these three counties are located in Huntsville and Trinity. Kimberly Weiser serves as the Executive Director and works alongside Advocacy Coordinators Annel Guadalupe (Walker County), Andrea Musick (Trinity County), and Kelly Cleveland (San Jacinto County). Jim McConnell serves as the Program Coordinator.

A child benefits immensely by forming a bond and a trusting relationship with someone who cares for him and looks after his well-being. When a child or young person is removed from his or her home, a report is immediately sent to CASA, and an advocate is matched to the child and assigned to the case as soon as possible. This adult volunteer will help guide the child through the court process, and remain in the relationship until the child can be placed in a safe and permanent home. This process usually takes from 12-18 months, with 12 months being the statutory expectation, the period during which resolution should be made.

Through the eyes of an advocate…the joys are immeasurable!

An advocate becomes the voice for the vulnerable by monitoring the child through all aspects of his or her life. The CASA volunteer will keep abreast of the child’s progress in his home, at school, and stay informed on any medical and counseling appointments and procedures. The advocate and child can continue to build this essential relationship by spending time together on outings to the park or by playing board games or sharing time together in the child’s home. 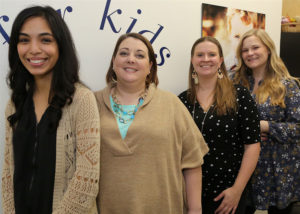 This meaningful relationship and unconditional love will many times enable the child to become open and honest in conversation, thus allowing the advocate to have a fuller grasp and understanding of what each child is experiencing. By spending time together and monitoring progress in all of these areas, the advocate is in an excellent position to make positive suggestions for the child’s well-being.

Many of these relationships continue well after permanent solutions have been made and may even last a lifetime! Comments from advocates include, “I love working with the kids and watching them grow under the most trying of circumstances,” “I enjoy acting silly with the kids and seeing them smile,” and “I enjoy being a part of the legal process and having an impact for change in the child’s life.”

Through the eyes of the court…the advocate is essential in identifying what is best for the child. 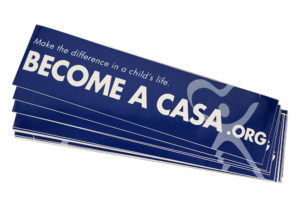 As stated earlier, a judge created CASA with the idea that someone is needed whose only responsibility is to look out for the child’s best interest. In this role, the advocate does not need to worry about red tape or logistics. As Kimberly states, “The volunteer should have a 360 degree view of what is going on in the child’s life. Having this knowledge and grasp on the situation, the advocate can stand confidently before the judge and give an opinion as to what decisions he feels the court should make. The advocate’s recommendations can have the same authority in the courtroom as the recommendations of CPS and of the child’s attorney.” Opinions may include whether or not a child should be placed back in the home, or that possibly more time is needed before this transition is made.

Kimberly admits the idea of going before the court intimidates many advocates until they actually stand before the judge and express what they know or feel to be in the child’s best interest. Knowing the positive impact they have made in the child’s life has changed many an advocate’s mind on being involved in this way, and has, for some, taken the fear out of doing so.

Through the eyes of CASA…the volunteer advocates are priceless!

CASA could not exist without the extraordinary sacrifices of the volunteers whose unconditional love upholds these precious children who have been uprooted from all they know. It is truly impossible to put a cost on the hours the advocates spend building these relationships of trust and love.

An advocate will spend at least 8-15 hours each month involved in the activities and responsibilities of guiding the child through his and her home and court situations, and ensuring his or her well-being throughout the process. More time is required of the volunteer early on in the process, and more time is required with each additional child in his or her care. Generally, there is one advocate assigned per family, which may involve one or more children. In most cases, advocates only work with one family group at a time, in order for the family and children to receive the advocate’s full attention through the process. 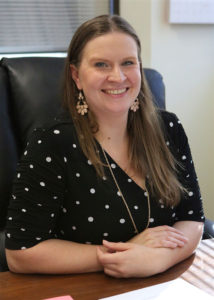 To become an advocate, a person must be 21 years of age or older and go through the application process, as well as federal, state, and CPS background checks, which include fingerprinting. Upon acceptance, a 30-hour training course is required, which includes approximately 20 hours in the classroom and 10 hours of online training. Following this free training course, the volunteer is sworn in and is assigned his or her first case. After their initial training, all advocates must complete 12 hours of continuing education per year. Training is provided in the main Huntsville office and in alternative training locations in Trinity and San Jacinto counties.

For those interested in pursuing an advocacy role, upcoming trainings are scheduled to begin January 21 and February 4. Applications must be submitted to CASA at least two weeks in advance of the training start date. CASA is seeking new advocates and hoping these trainings in January and February will fill their current needs. At the present time, 120 children are being served through CASA, representing over 70 families. Generally, there are 180-200 children served per year.

As an advocate, support, encouragement, and help with any challenging issues are provided through monthly in-service sessions and Facebook communication, as well as instant access to the CASA staff.

Through the eyes of the community…CASA represents a worthwhile cause!

Kats for CASA, a student organization on the Sam Houston State University campus, provides enthusiastic support each year through bake sales and by organizing hands-on help at the Super Hero 5K Run and other events. Kimberly said many of these students have expressed their desire to be advocates, but not yet age 21, have found this avenue a way to be a productive part of the lifeblood of CASA. It is not unusual for a college student, upon that 21st birthday, to immediately seek the role of advocate.

Through your eyes…envision a child who needs you!

The health of the children in our community is important and, as we have seen, there are a number of children who need our help. This help can come in the form of fundraising, donating money, running in the Super Hero 5K Run, or donating time and energy to becoming a “voice” for these vulnerable children. Consider the joys to be gained, and the imprint of love you can leave on a child which will alter his or her life in a lasting and positive way. CASA and its advocates leave this lasting imprint and will continue to be the “voice” for change in the lives of our children.

Tags:
Previous Article
The Law of Averages
Next Article
Do You Know? Hector Cordero