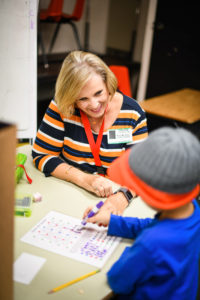 “Save a child. Save a family. Save a city.” The motto for Arise2Read in Walker County sets the precedent for the mission and passion behind the program that works to improve the literacy of elementary students.

2 out of 3 students who do not read proficiently by the end of 4th grade will end up either on welfare or in jail. (teachforamerica.org)

Children in poverty who read proficiently by the end of 3rd grade have an 89% graduation rate. (blogs.edweek.org)

What can you do about it?

You can impact the lives of children, teachers, and families and make a difference in communities by helping us focus on 2nd grade reading ability. 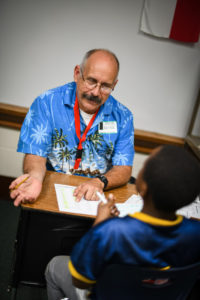 By becoming a volunteer and partnering with churches and our school districts in Walker County to help boost reading proficiency.

Do you need to have a background in education?

No. You need a willing heart and the ability to work with a child on a basic sight-word list. Training will be provided.

So, how do I sign up for the training?

Easy! Grab your phone, tablet, or computer and visit uhbc.net/A2R. By visiting the website, you will be able to select a training date, contact by email, or even make a donation to Arise2Read directly. 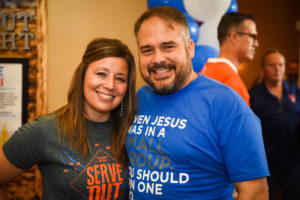 The Huntsville ISD Arise2Read program is run by husband and wife duo Holly and BJ McMichael. The pair met in University Heights Baptist Church student ministry and have been married for almost 18 years. Holly and BJ are both Hornets. Holly grew up here with her family, and BJ moved to Huntsville in the fifth grade. Holly’s great grandfather was a charter member of the church, making her and BJ’s children fifth generation members at UHBC. The couple graduated from Huntsville High School together; she went off to Baylor, and BJ went to SHSU. Holly was serving in a church in Dallas when BJ came on board there as the student minister. They began dating, and the rest is history; the dynamic couple has been back in Huntsville for almost fifteen years. They are actively involved in their school, church, and community with their son Elijah (13), who towers over the rest of his family at six feet, and daughter Trinity (10), “the dynamite that comes in a small package.” 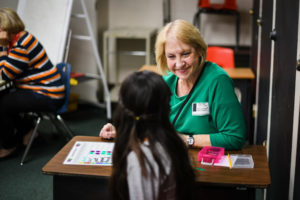 Holly is an education major who formerly taught. She took about 10 years off to have kids and raise her family before going back to school as a sub. She got her elementary teaching certificate and began working again in the field where she found true passion and satisfaction. When she heard about Arise2Read through networking, she was deeply moved by the mission and said to herself, “We have to bring this to Huntsville.” She visualized so many of her students who could benefit from something like this. Postcards sat down at UHBC with the McMichaels to share the program that they, the church, and schools are so rightfully passionate about. Arise2Read is perhaps one of the most crucial and productive literacy programs that has ever come to Huntsville, Texas. When it comes to being a Community Builder, this program has proven to be one of the most essential building blocks to the future of HISD and the Walker County community.

BJ: We were doing the student ministry here for about twelve years, and about three years ago, God called us into a new position of small groups and outreach. Part of this program falls into that outreach part.” 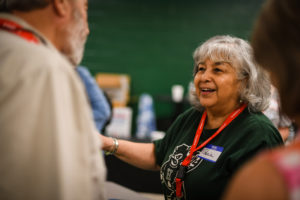 Holly: We started in January 2018 by doing a pilot program. Harvey prevented us from going to get trained for the program in Memphis, so we brought Ellen Ellis here and she trained us. She is fabulous; she’s on the board for Arise2Read in Memphis. She trained us and a small group of people; starting out, we partnered with three churches, University Heights, Covenant Fellowship, and Greater Zion to get volunteers. We started trainings in the fall, did a 13-week program, and had 47 volunteers. Each volunteer represents about two kids. We tutored every kid we could get for as many volunteers as we had. And at the end of the semester, when their progress was tested—of these 96 kids, everybody had doubled or better than when they started.”

What key points would you tell people who had never heard of this program and who are interested?

BJ: The way we would describe it is a literacy program for Walker County that allows volunteers from various churches, local businesses, and civic clubs to take an active role in the lives of children in our public schools. Volunteers tutor one hour per week, and we utilize a simple site word approach to help build accuracy and fluency. This allows all volunteers to help; they don’t have to have an educational background to come in and help with sight words. 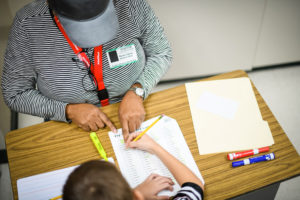 Holly: We specifically focus on sight words. Fry’s sight word list is a thousand words, and the student should be able to recognize by the end of second grade about 330 words. We really want them to be able to say it with automaticity, within about 3 seconds. They don’t need to sound it out, they need to recognize it; research shows that the more words they can recognize on sight, it frees up space in their brain and helps them comprehend. So we pretest the child at the beginning with the sight word list; they go as far as they can until they’ve missed five words. So, if they made it to word 100 and that was their fifth word missed, we would subtract five from that last word, so their score would be a 95. So then to figure out where they start, if they made it past word 50, we subtract 20 from their pretest score and that would be their starting word. So, if a kid’s pretest score was 95, they would start with word 75, which will hopefully encompass some of those words they’ve missed. If they don’t make it to word 50, then we start with word one at the very beginning. As volunteers come in, they get a folder that shows them what site word the kid is going to start with. 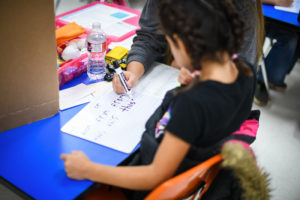 Using a marker board

The first 100 words make up about 67% of all words that kids need to know to read, and the Fry’s sight word list is grouped in works of 100 based on grade level. The goal is not to get to 1,000 necessarily, the goal is just for them to retain these words and get as far as they can. Each session, they highlight the words they get right and they circle the words they get wrong. Once they’ve missed five words every session they stop, and they do a process where they spend time repeating the word, they write the word, they use the word in a sentence. We have games they can play that help them retain the word. BJ always says, ‘Children speak the language of play.’ Then they spend some time reading and working on fluency. The volunteers document everything and, at the end of the year, we can look at how many sessions each kid had and post-test them the same way we pre-test them. We are able to compare these scores, which gives us data to monitor how much progress they made. We do end up sending that data to Memphis, and the school uses the data for RTI (Response to Intervention) type things. 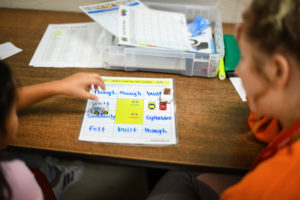 With the Race Car Game, you roll a dice and move the car through spaces where you must read the words as the car passes over them.

BJ: Its not just the educational component, it’s the social component of having a community member come in and show with their time that they care. Since you don’t have to have an educational background, everything pretty much runs like a machine once they get trained and get used to it. The faces of the kids just light up when they see their volunteer coming.

Holly: A lot of times, kids don’t get one-on-one. Even if they have small groups, there may be 4-6 other kids sitting at the small group table with them—and if they’re coming from a home where they’re not the only kid, or their parents are struggling, it’s hard for them to get that one-on-one attention. But this is 30 minutes, twice a week, where one person is showing up to meet just with them. They’re getting one-on-one time with an adult who is encouraging them, who is interested in them, who is excited about the good things they are doing—who’s just showing up faithfully and consistently for them—and that’s huge.

What are some of your short-term or long-term goals for this in Huntsville? What do you hope it looks like this upcoming year in 2019?

Holly: I would like to see us in all four elementary schools at the second grade level with enough volunteers for that group to be tutored twice a week. I’d like to see our sub list grow so people can find subs when they need to be out. I would like to have more churches partner with us in this. I am a member of University Heights, but Arise2Read is not University Heights; it is meant to bring multiple churches and civic organizations and clubs together to do what the mission says: “Save a child, save a family, save a city.” 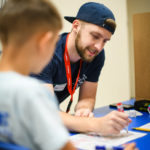 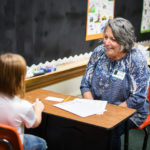 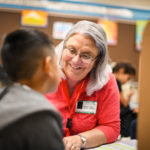 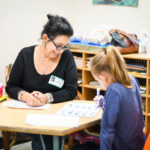 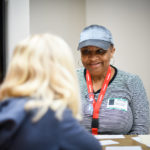 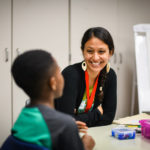