You Think THIS is Bad?! 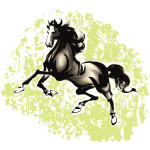 Dictionary.com defines the adjective “vexed” in the following ways: “1. annoyed, confused, or agitated 2. much debated and discussed (esp in the phrase a vexed question).” I find both of those definitions very useful regarding the current presidential race. I hope I’m wrong, but I expect a heightened intensity of all things negative as our nation gets more and more polarized over contentious issues such as the definition of citizenship and the replacement of a justice on the Supreme Court.

Recently, while listening to a nonstop debate among a gaggle of news channel “political consultants,” I thought, “Stop! I’ve had enough of this!” I immediately pictured myself under siege in a World War I battle trench. I longed to wave my white flag; but, I knew what would happen to me if I jumped out and asked the enemy for a cease-fire. Ephesians 6 came to mind: Put on the whole armor I have given you; resist and stand your ground! My first act of resistance was to turn off the TV and pray. This worked wonders in restoring my equilibrium.

Yesterday, I found a slip of paper on which I had written the Amplified version of Jeremiah 12:5:

“If you have raced with men on foot and they have tired you out, then how can you compete with horses? And if you [take to flight] in a land of peace, where you feel secure, then what will you do [when you tread the tangled maze of jungle haunted by lions] in the swelling and flooding of the Jordan?”

I take all this to mean, “If you wimp out during relatively easy times, you’ll be hard-pressed when troubles ramp up exponentially.” Let’s commit to walking very closely with God and being strengthened by Him as this political scenario unfolds.

“In 2016, we’re likely to see an exercise in democracy that is passionate, messy, at times ugly—but vitally important….note that the seat-belt light will be on through November.” –Eugene Robinson, The Washington Post