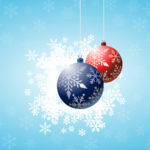 Each month as “life” happens, I often get a glimmer of an idea popping up here and there, giving me a thought to write about in my column. Today as I write, it’s production day…and I got nothin’. Now, editor/hubby Wes says I actually DO have something.  He says we talked about it a couple of weeks ago. But neither of us remembers it. (That’s probably a subject for another column.)

I feel like I have a good reason though.  My brain is fried.  It’s that simple. So, that’s what I decided to write about.

Life “stuff” is running our schedules and our minds with a vengeance!  Next week, there’s a wedding. Our only daughter is getting married, and being the mother of the bride involves an incredibly long to-do list.  With the passing of my precious other mother, we are spending much more time with my precious other daddy who is two hours away.  Not to mention, I have this job running an ad agency and publishing two magazines.

I know I’m not alone.  Many of you are in the same boat.  Even in my tired, brain-dead moments, though, I am thankful for the madness—because the madness is about the important stuff.  The stuff that life (a good life) is made of.  It’s not money and stuff you can hold.  It’s family and friends to care for and do for.  It’s memories made and smiles exchanged, hugs through tears, and the kind of laughter that makes your sides hurt.  It’s learning the name of and watching Daddo’s favorite TV show with him, and deciding it’s now one of my favorites, too.  Then, it’s back to being busy and getting stuff done.  And that’s okay, because the important stuff makes it all worthwhile.

So, I hope you’ll pardon me for the rest of this year if I appear a little “fried.”  If I meet you and you seem that way, I promise I’ll forgive you, too.  Be patient with those you meet during this holiday season that seem a little frazzled.  They’ve got important “stuff” going on.

Merry Christmas to you and yours  ~ Karen

P.S. – Remember to thank and shop with the advertisers who make Postcards Magazine possible.  They’re important stuff to us!

Tags:
Previous Article
Holiday Bacon Appetizers
Next Article
A Word to the Wise