For 17 years running, Schlitterbahn, originating in New Braunfels, has remained the number one waterpark on the planet. This themed waterpark and year-round resort has risen to become one of the most popular summertime destinations for families in the United States. Centrally located between Austin and San Antonio, it has 40 water attractions on more than 70 acres. Situated along the banks of the spring-fed Comal River, it’s also arguably one of the most kid-friendly settings in the country.

In keeping with the region’s original German roots, the name “Schlitterbahn” was actually derived from a combination of two German words. Schlitter meaning slippery and bahn meaning road. It all started out as the dream of Billy and Bob Henry.

“What many people don’t realize is that it started as a resort,” said spokeswoman Winter Prosapio. “They purchased what was known at that time as the Landa Resort. Later, they wanted a place for their children to have fun.” They looked out over a lengthy area of trees spring-watered in the Texas Hill Country.

Having had three children, the Henrys envisioned and later placed a tube chute for their children to play in a wholesome environment. “By the late 1970s, conventional theme parks began to look at ways to incorporate water along with their already existing attractions,” continued Prosapio. “As a result, the Henrys discovered they had already invented one.”

With only four water slides, Schlitterbahn officially opened in 1979. The now iconic German fashioned tower, on which the water slides begin, was styled after the Solms Castle in Germany. Often imitated, the Henry family continues to create new and more innovative ways of waterborne fun. Schlitterbahn revolutionized the industry.

Today, Schlitterbahn New Braunfels boasts as many as four times the number of rides of all other water parks within more than a 200 mile radius. Along with its natural landscape of hundred year-old cedar and cypress trees, it has as many as twice the attractions of any other water theme park within a 500 mile radius.

This year, the new Tubenbach area offers a number of beaches and other attractions. It’s now possible to enjoy the new rides in this area without standing in line. In addition to offering the longest water tubing excitement in the world, this area also features something else special.

The trademark “Transportainment River” lets guests remain in the water while effortlessly floating throughout the Eastern Schlitterbahn area.

Patrons may also take pleasure in the award-winning, immensely popular Master Blaster. This feature begins six stories up in the famed “Blast Tower” in the Blastenhoff area. The limitless “Torrent Wave River” is sure to provide wave after wave of relief from boredom.

The first of its kind surfing wave, the “Boogie Bahn” can be found in the Surfenburg area. Another first is the uphill water coaster “Dragon’s Revenge.” Who says water only flows downhill? Don’t forget to circle the giant “Squirt’n Sliden” play area in the “Kristal River.” 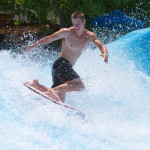 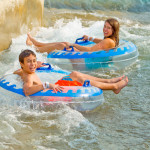 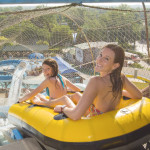 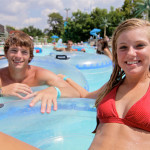 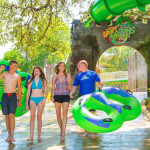 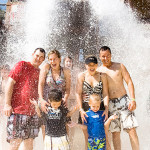 Round out your family’s excitement at the home of the “Signature Schlitterbahn Castle.” This original park section features eight water tube chutes, a wave pool, seven play areas for kids, and the trendy “swim up bar.” The “Soda Straw,” “Down Hill Racer,” “The Congo,” and “Raging River” may all be enjoyed under beautiful trees and rolling landscape.

“We take great pride in our unwavering commitment to developing new and innovative parks, rides, and technologies while keeping the focus on our family friendly amenities and values,” explained Gary Henry, Schlitterbahn’s president and CEO. “Not only have we created industry firsts such as the “Boogie Bahn” surf rides, our “Master Blaster” uphill water slides, tidal wave rivers, Transportainment-based and convertible water parks, but we have also continued to offer our world-class guest amenities including free parking, free use of tubes, and the option to bring in picnic meals for free into all of our parks.”

This season, Schlitterbahn New Braunfels is also doing something different with its menu items.

“This year, we’re doing some really fun things with food—like our new B&B Barbeque,” Prosapio said. “Our buns will be baked fresh daily by Naegelin’s Bakery. It’s an institution in this state.”

Naegelin’s is known for its baked goods, fresh cookies, pies, and pastries. Also a family run business, it is the longest continuously operated bakery in the state of Texas. “All our guests can get great gingerbread and pecan pie,” continued Prosapio. “We are also raising the bar with our quality, more organic grass-fed beef and other quality meats.” Don’t worry, those fabulous (almost sinful) funnel cakes aren’t going anywhere. “They’ll be loaded,” continued Prosapio. “We’ll offer new flavors like red velvet and cookies and cream, with plenty of your favorite powdered sugar to boot.” 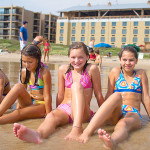 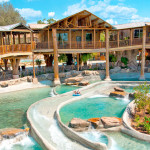 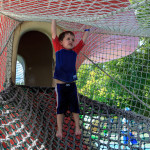 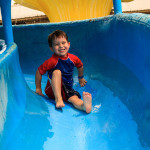 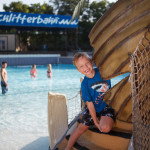 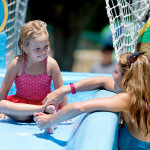 Had enough fun for the day? Relax with Schlitterbahn’s “Stay and Play.” This package offers unlimited use of the water park during the season, as well as extended access to other attractions. Amenities include hot tubs, free Wi-Fi, and shuttle transportation to the parks.

Check out the other year-round timeless conveniences of the resort as well. Families can take in the beauty of the Texas Hill Country in addition to the water park. Enjoy a quiet getaway with great accommodations, fit for almost any vacation need.

The new Treehaus Luxury Suites offers upscale lodging with a treetop view. These suites can accommodate as many as twelve; they are three bedrooms equipped with two baths. With a view of the Comal River, the Riverbend Cabins are also new. These suites render one or two bedrooms, complete with full kitchens and large common areas.

Across the river from the Surfenburg area are the Schlitter Stein Lofts. These two bedroom, two bath lofts feature a more urban feel. With a private patio viewing the Comal River, each loft comes with a queen bed for each bedroom and a leather sofa that converts into two twin beds.