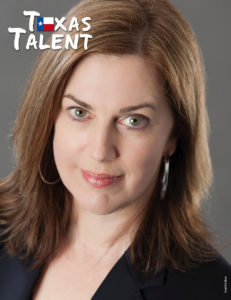 Meg Gardiner is known for her best-selling novels. They have been published in 20 languages, making her known across the globe. That’s appropriate, because she’s something of a citizen of the world: she was born in Oklahoma, a member of the Chickasaw Nation; she grew up in California, where she attended Stanford Law School and taught at the University of California—Santa Barbara; she got her literary start in London; and now she lives in Austin, Texas. Her latest book, Unsub, is the first she’s written in the state she now calls home, and it—along with the books to follow—is sure to add to Texas’ already impressive literary luster.

I brainstorm, outline, and draft. I do that because I know what happens when I don’t do it! I wander off so far into the weeds that I end up not only without a paddle, but without a boat, without even a creek, and without any way to find my way back. So I outline because I know that it helps me put together a coherent story that goes from beginning, to middle, to end. I can then put the plot twist in, give depth to the characters, ensure that they are driving the story. If I don’t outline, I end up tangled in my own string like some cat. I know some authors can successfully sit down, write, and let it flow. More power to them. But that’s a gift I wasn’t given.

Once you have the outline, how do you incorporate symbolism or other literary touches?

I rewrite. It may be overly obvious when you first put it in, but you finesse it later. Or you may reread your first draft and see that the story would benefit from an added touch. 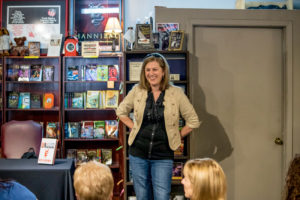 Where do you write?

I write in my home office in Austin. Before we bought the house, it was a little girl’s bedroom, covered with pink butterflies and fairies and princesses over every wall and the ceiling (laughs). It took three cans of spray paint to cover that, so I can sit down, stare out of the window, and try to come up with terrifying and exhilarating stories.

Do you have a daily quota for your writing?

Do you edit as you go through?

I spend a couple of months on an outline, a treatment that is about 25 pages. When I have the story firmly in mind, I will sit down and do the first draft of the book. Many authors begin their writing day by going back over what they wrote the previous day. I find that when I do that, I become so tied up in edits that I lose momentum. So, I focus on getting the first draft done, which ends up being a hot mess, a big stinking pile of words. But I know if I can get it all on the screen, then it’s there. I heard Ken Follett say he loves to rewrite, and I am totally on board with that. You can edit a garbage first draft, but you can’t edit a blank page. 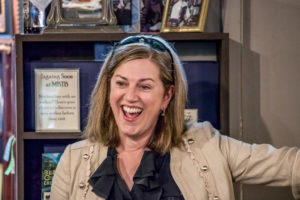 How long does it take you to edit?

It takes 3-4 months to get the first draft done, and then at least as long revising and editing.

Gardiner is a thriller writer, and her characters get into some unusual situations. To make these believable, Gardiner researches extensively. She’s especially enthusiastic discussing these experiences and occasionally acts them out for audiences.

What kind of research do you do on your novels?

Research is one of the most fun and exciting things about writing. If you can find an interesting topic, then learning about it is fun. I try as much as possible to go to any locations where I’m setting a book. If I can’t do that, Google Street View is incredibly helpful. I also speak with people who do the things I write about. I have spoken with forensic psychiatrists, done ride-alongs with officers, and I went to the Air National Guard, the 129th Division in California, to talk to the para-jumpers who do search and rescue missions. You want to talk to people who do these things, see what they’re like, see what concerns them, what they love, what they hate, what they think the public or the media gets wrong about them. It adds authenticity, and I think it’s respectful to them and to the reader to get it right. 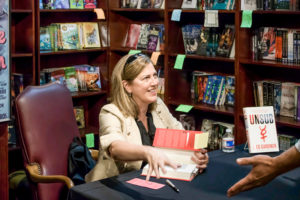 Writing is actually your third career. You set out for a career in the law, and then went into teaching. Can you tell us about that?

Well, I always wanted to write, and when I was in college and in law school, I was writing short stories. But I come from a long line of lawyers; I went to Stanford Law School, and I practiced commercial law for a while. But when I had three small kids at home, and I was practicing law and changing diapers, I didn’t want to burn the candle at both ends, so I switched to teaching at the University of California at Santa Barbara. After that, I sort of escaped the legal practice and began writing myself.

Why are there so many attorneys who are writers?

Every legal case is a story. It is a narrative of something that has gone wrong between antagonists. The attorney’s job—not only their job, but their professional obligation—is to present their client’s case in the most formidable, favorable, compelling way they can. They have to convince the judge and the jury that justice requires holding in their client’s favor. There is a lot of writing involved, a lot of persuasive writing—it’s theater, it’s drama, it’s everything you can enjoy about writing. But it’s real. The consequences are more important than just missing the third act turn in a novel.

Who is your favorite lawyer-writer?

Scott Turow. I would say that Presumed Innocent is one of the best. It’s wonderful, shocking, surprising, and beautifully written. 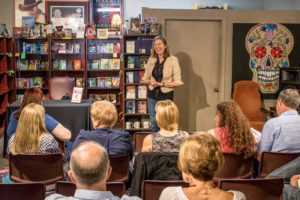 As an undergraduate at Stanford, you had Ron Hansen (an acclaimed writer of literary fiction) as a professor.

I didn’t realize how fortunate I was at the time. He was a teaching assistant, a graduate student in the Creative Writing program at Stanford, and he was teaching a class. It just happened to be the semester that I had finished my requirements and needed an elective. He was very young, but he taught me things that have stuck with me for decades. You know: “Your story needs a beginning, a middle, and an end.” Or: “Your climax should be surprising and inevitable.” He offered examples drawn from Flannery O’Connor and Grace Paley, but they applied just as well if you are writing a script for Die Hard. He encouraged me, even when I was an undergraduate, to send my work out for publication, and that gave me the courage I needed to send my work out to the world. I was able to write him years later and thank him. Never hesitate to tell a teacher “thank you,” no matter how long it takes.

You went to Stanford Law School. You must have must have had great grades and a fantastic LSAT score to get in there.

(laughs) I don’t know if it was luck or a gift from the gods, but I scored well enough to get in! It was an amazing, challenging, exciting experience.

And how long did it take you to pay off your student loans? 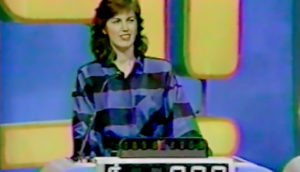 Tell us about that experience.

I drove to Los Angeles to try out, and they gave me a quiz, which I passed. They then put you in a mock round, to ensure you can function for the cameras. I went home, and they called back, telling me I was selected! It was so much fun.

You were a three-time champ. What question got you?

It was a question about which airline, named after a person, went out of business. It was Braniff Airlines. I missed it. But when I tell people about my Jeopardy success, it seems to impress people more than writing novels!

How far into your writing career were you before you were able to earn a comfortable living just from the writing—not from law or winning on Jeopardy?

But the sales from that first novel—even though it was a paperback—were enough to allow you to live comfortably?

Yes. And China Lake was a paperback in the U.S., but it came out in the UK and a dozen other countries as a hardback before it was published here in paperback.

China Lake won an Edgar for “Best Paperback Original” for Gardiner. The Edgar Award, named for Edgar Allan Poe, is awarded by the Mystery Writers of America. 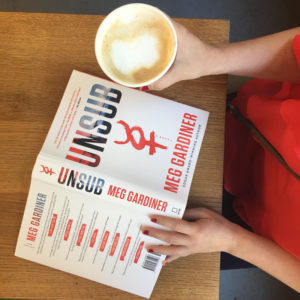 After moving through two careers—law and teaching—how did it feel to win an Edgar with your first book in your third career?

It was huge! It is still posted on the front cover of all my books. You can picture me at the Edgar Award Ceremony when they announced my name. I looked like the poster for Home Alone, with a look of complete surprise! It was fantastic, and Edgar is sitting on my bookshelf right now. Of course, none of this made a bit of difference to my children, who were like, “What’s for dinner?”

Gardiner’s latest book—her 13th—is Unsub, which features protagonist Caitlin Hendrix and a Zodiac-Killer type villain nicknamed “The Prophet.” The novel’s success, strong protagonist, and ever-captivating Zodiac-style antagonist prompted CBS to purchase the rights to the work for development as a television series. Currently, she is working on a sequel set in Austin, Texas.

Tags:
Previous Article
A Day in the Life: A Winemaker
Next Article
Texas Treasures: Newman’s Castle