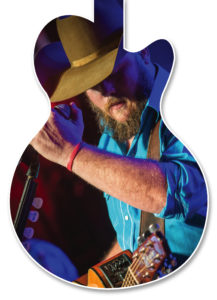 If someone asked us to sum up Josh Ward in one word, it would be “authentic.” This Splendora-born-and-raised singing cowboy now resides just west of Montgomery with his wife and two children. These days, however, a lot of his time is spent on the road, taking his true-to-his-roots, traditional country sound across the state and beyond. He’s selling out shows at county fairs, rodeos, and honky-tonks in Texas and packing in crowds at venues across the U.S., including the legendary Troubadour in West Hollywood, California.

On a recent Friday night in Austin, Postcards Magazine caught up with Ward before his show at Republic Square. The interview felt more like a conversation among friends. His unassuming nature was welcoming and refreshing and revealed what we had hoped to be true – with 10 number 1 hits on Texas Country Radio under his belt, Josh Ward is still a good ole country boy and all about the music.

How did you get started singing?

I started singing in the church choir when I was four years old. My great-grandmother had me in church twice on Sundays and Wednesdays, too. And Pop was into George Jones and Merle Haggard, so I was always around music, and I was a sponge. I soaked it up. I was also riding in rodeos as a kid. I started playing music probably in the 8th grade and high school, and my rodeo buddies were my audience. We’d travel up the road to ride bucking horses and bulls, and I’d be in the back seat singing; but, I never thought one day I’d be playing in a bar.

Before beginning a career in music, you worked in the oilfields. What impact has that had on your music and where you are today?

I got in the oilfields at a very young age. The oilfield background and my family background gave me a strong work ethic. So, when I got into music, I already knew the head-strong direction I wanted to take. 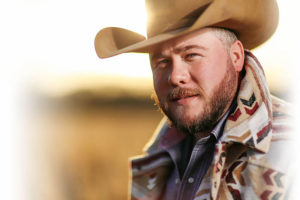 You have an undeniable pure country sound. Who are some of your heroes that led you down a path of “traditional” country music?

Keith Whitley had a huge impact on me. I didn’t realize until later in life how early he passed away, until I started going through his music. I always loved the way he delivered a song. It was so smooth. He had a big bluegrass background. He took that and country music and combined them to get a rawness with bluegrass vocals and smooth harmonies. It sucked me in. I often wonder what country music would be right now if he had not passed away at the peak of his career. That guy had such a strong hold on country music. In that timeframe, we had others like Steve Wariner and Mark Chesnutt – that’s when country music was real to me.

You mentioned Mark Chesnutt. I know you’ve heard people say you sound a little like him. What do you think about that? 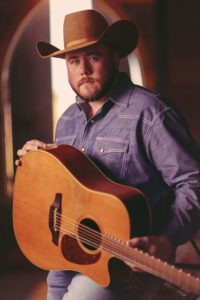 You’ve had the opportunity to play shows with Mark Chesnutt. What is that like?

Mark and I sat on the bus and were talking about old times and when he first started, and I said, “You know the second record I ever bought with my own money was Long Necks & Short Stories.” He looked at me and said, “That was a damn good record, wasn’t it?” And I said, “Yes sir, it sure was.”

I was just blown away that I was sitting across the table from Mark on his bus talking about his old stuff – stuff I loved. As a kid, I would stand in my room in front of my mirror and sing “Your Love is a Miracle.”

You have certainly stuck to your roots and some might have thought, early on, that was a risky choice when country radio has made a significant turn away from traditional country. One of the songs that really put you on the map was Whiskey & Whitley. How did that song help pave your way in country music?

When I released that song, it was like the country music door opened for me. People started telling me, “You’re the reason country music is still getting played on the radio – because of songs like that.” That’s the way I went about it when we released it to radio. I said, “This is me. I’m country. This is what my fans are going to hear,” and I have had nothing but a great response since then. People email me from all over saying, “You are country music.” So, that song is very special to me.

You released your fourth full-length album earlier this year, following a string of nine No. 1 songs on the Texas Regional Radio Report. Your first song, right out of the gate, went straight to the top. Tell us about All About Lovin’.

I don’t know how I ended up with that song, but it’s pretty cool that I did. That was the fastest rising song I have ever had. We just came out of the Holding Me Together record, which was great for us, and we hit ‘em in the face with this kind of gritty, fun, summer-loving song, and it put the wind back in our sails.

And that song was written by some heavy-hitter songwriters – Brice Long, Terry McBride, and Chris Stapleton, who has become a household name. That’s gotta make you feel good.

To have guys like that believe in an old East Texas boy that pretty much came from nothing and say, “Here’s a couple of songs, I hope you have fun with them,” – that’s awesome. And then to get another number one song with it and get to travel all across the U.S. playing it…wow. 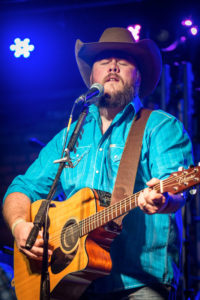 A lot of people who we know as “Texas Country” artists are just that – artists singing in Texas. How does it feel to know your music is in demand across the U.S.? You’ve got quite a following on the west coast.

The first west coast tour I did was with Cody Johnson. We rolled out there with three tour buses, and it looked like Motley Crue rolled into town; and then a bunch of dudes jumped off the buses in cowboy hats. We played in some small rooms, and we played in legendary rooms like the Troubadour in L.A. To look over my shoulder and see that blue glowing neon behind me that said “Troubadour” was like – I put my stamp on it. We have been back three times on our own, and these fans are loyal.

I’ve had people in the Midwest tell me, “My wife told me six months ago you were coming to town, and I couldn’t wait. I work on the tractor all day. I jam to your stuff on the tractor every day.” It’s blue collar guys, your farmers and ranchers—my kind of people. They get out there and bust their butts every day. And that, to me, says something. To have a hardworking guy spend money that he worked hard for all week to come see me – wow.

How has your family adjusted to your success?

Being away from home is the downside to this business. I am thankful I have a family that understands. I have a wife who’s a saint. She is the one who makes everything happen with this music business, the kids, the dogs. She busts her butt to make sure the payroll gets done. She has a big job.

When I start talking about my kids, that’s my soft spot. It seems like just yesterday my daughter was little bitty, and now she’s off to college. That’s taken some getting used to. My son is 12 and riding in the rodeo. I hate missing things, but he has a strong work ethic and is very supportive.

They’ve always known everything I do is to provide for them, whether I’m turning a wrench or playing in a bar.

How has this success affected you?

I pinch myself every morning that I still get to do this – like this ain’t real. I should be getting up at 4:30 in the morning, getting in my truck, driving to the oilfield, getting out and working a 12-hour day. I shouldn’t be driving to get on a tour bus with one of the hottest bands in Texas and traveling up and down the road, but I do. That’s just mind blowing to me. Yep. I love what I do for a living.

Ward’s tour is taking him to Tennessee, Mississippi, and Florida this month as he debuts his latest single, Ain’t It Baby. This is the second song off his new album, More Than I Deserve. The song tells of a lasting love story, and Ward delivers every word with conviction and his signature twang, reminding us why we love country music.

Don’t miss Josh Ward the next time he is playing in our area. You can find his tour dates at joshwardmusic.com.

Tags:
Previous Article
Just for Fun: The Woodlands Children’s Museum
Next Article
An Exercise in Prayer