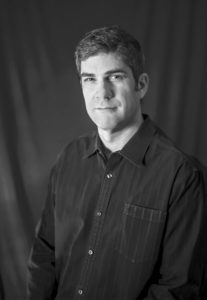 With 19 published novels, a dozen short stories published in anthologies, and a major television project in the works, Jeff Abbott is one of Texas’ most prolific and best-selling authors. He comes by the title “Texas author” honestly, having been born in the Lone Star State, graduating from Rice University, and living in Austin, Texas. And his latest book, Blame, is set in its entirety in Texas. In his laid-back and easy-going manner, he discusses his background, work, and influences.

Were you interested in reading and writing as a child?

My grandmother taught 2nd grade in a small East Texas town, and she taught me how to read when I was about four. My parents left on a trip for about a week, and I stayed with her. When my parents returned, I could read. I don’t think I was particularly bright; she was just a great teacher. She let me read what I wanted. She gave me books. At her funeral, the whole town attended; only the post office and the bank remained open. They couldn’t fit everyone in the church. They probably had 800 people there. At one point, the pastor asked, “How many of y’all did she teach to read?” Practically every hand went up.

Didn’t she first give you what turned out to be one of your favorite childhood books?

She gave me Madeleine L’Engle’s A Wrinkle in Time, which actually makes an appearance of sorts in my new novel, Blame. It’s the main character’s favorite childhood book, too. But I also read The Hardy Boys, the Danny Dunn mysteries, and The Three Investigators. I read everything I could!

You graduated from Rice University. What did you study?

I majored in English and History.

One of your history professors was particularly influential.

Gale Stokes. His specialty was Russian History. When I got to Rice, he gave me a bad grade on the first paper I submitted. He said, “You are going to have to work harder here.” I had never received a bad grade, and I thought, “Oh, no, I am doomed.” But I responded, and when I became an author, he would come to my book signings. He thought using a history degree to write mysteries and crime novels was great. He passed away a few years ago; I will be grateful to him always.

Tell us about the first novel you attempted.

My stepfather came to me and asked how long it would take to write my first book, and I said “about four months.” He said, “Okay, I’ll pay for your living expenses for four months, and you can write your novel.” The novel ended up taking about seven months to write, and it never got published. But, it taught me how to write a novel: the process of writing, plotting, and developing characters. It proved to me that I could do it. And the next time, I knew more, and I was smarter about the process, and I wrote Do Unto Others, which was my first published novel.

Do Unto Others was one of four novels you’ve written featuring Jordan Poteet. But following those novels, there was a five-year gap in your writing. What happened during those five years?

I was taking care of my dad, who was terminally ill. I couldn’t write and take care of him. It was just too much. It was time I had to think about what kind of books I wanted to write, and the ideas I had were more in the suspense thriller vein than the pure mystery vein. So I wrote a proposal for the Whit Mosley series, and my agent faxed it to an editor who, unbeknownst to us, had just told his boss, “You know, there aren’t many books set on the Texas Gulf Coast.” That happened to be where I set the Mosley books, and we got an offer on it that day. Sometimes you get lucky. 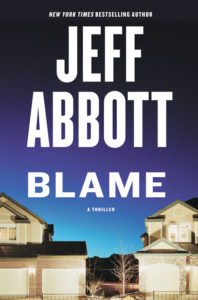 You’ve also written standalone novels, as with your latest, Blame. What prompted you to do that?

I had written three Whit Mosley novels, and they received two Edgar nominations and were my first national bestsellers on the USA Today list. So I was happy. But I had an idea in the shower—what would you do if everything in your life was a lie? I liked the idea, but I knew I couldn’t use it in a Whit Mosley novel. And then about a week later, my editor said, “Have you ever thought about doing a standalone?” And I said, “Well, it just so happens….” And that was Panic, my first international bestseller. It was on the UK bestseller list for six months, and it also hit best-seller lists in France, Germany, and other European countries. Right now I am working with a producer to turn that novel into a television show.

How do you approach the standalones differently from the series?

One of the differences is in the cast of characters. In a standalone, you can put these people through the worst thing they’ve ever experienced, but with a series you have to be a little more measured. With a series, you have to hold back a bit in what you confront them with, but you can also go deeper and deeper into them as the series progresses.

Have you written what you thought would be a standalone only to find that the character took a life of his or her own?

I have had a lot of people tell me they would like me to write a sequel to Panic, and I’ve thought, “Should I?” But what would I call it? Still Panicking? Panic Some More? (laughs) But in a way, with us adapting it for television, we’re hoping it can be a multi-season show, which is not the same as a book series, but is a way of continuing the idea and characters. I see my current book, Blame, as a standalone, and the book I am working on now is a standalone, although both have the same setting (a suburb of Austin, similar “but darker” than Westlake Hills). As much as I like the characters, I don’t see myself bringing them back.

How does the process of selling to television differ from selling to film?

With both, you have an option that gets purchased. And that’s what happened with my producer. He bought the option on Panic, and he had two film scripts written that he wasn’t happy with. So last year he called and said, “I’m doing this for television now.” He has multiple series on television, and he said, “I think Panic would make a good 6-to-8 episode series.” He asked if I would like to be involved, and I said, “Yes!”

How are you involved?

I am writing the “series Bible,” which is sort of a 30-40 page book report on the series—the characters, storylines, the background, the tone. I’m also writing the pilot episode. We will try to sell that to a network.

Do you get paid for each episode or a flat fee?

If I write the episode, I would get paid for it. I’ll also be an executive producer on the series, so I will get paid for that as well.

How is it different to write for the printed page as opposed to a visual medium?

You imagine everything differently, and there are things you can put in a novel that you cannot put on television, particularly things internal to the characters. You also have to break the stories into 50-60 minute increments, with cliffhangers for each. So I had to revisit a 300-page novel I wrote 12 years ago and think about how to turn it into a six-hour televised series. I also need to update the technology and such. I am glad to have this experience, and I am grateful to the producer for giving me this opportunity.

North by Northwest, by Alfred Hitchcock, is one of your favorite movies. Hitchcock is famous for his “innocent-man-on-the-run” theme. Did that influence you?

Your books also tend to incorporate topical issues, whether it’s Post Traumatic Stress (Fear), human trafficking (Adrenaline), or the anonymity of social media (Blame). Is that a desire to make the book relevant, or are you making a social statement?

Sometimes I’m just looking for something that I can use in a novel. I’ll hear about a similar real-life case and that might provide direction. Once, I was reading a newspaper article on a plane, and the article discussed human trafficking in Eastern Europe, and families were being told they could get their daughters back if they provided the traffickers three more girls. I was horrified. I didn’t use it in a novel for two or three years, but I filed it away to use in one of my Sam Capra novels. My British editor told me I was genius for having Sam Capra own bars all over the world, because to write about them successfully, I would need to visit them all under the guise of research. She said, “I don’t know whether to be proud of you or appalled.”

Research travel is a fringe benefit of writing, but you live in Austin. What do you love about Austin?

It’s eclectic. Writers are often considered weird, for example, but in Austin, I’m not considered weird at all (laughs). It’s a town that encourages creativity in all its forms. People come here to be musicians, film makers, software engineers, entrepreneurs. It’s a city with a lot of energy.

Who are some of your favorite Austin authors?

I’m a big Meg Gardiner fan, who moved to Austin a few years ago. Her new book Unsub has been optioned by CBS for a new television series. Noah Hawley, who wrote Before the Fall, lives in Austin, and he’s also the writer/producer of the television series Fargo. Sarah Bird, who is more of a literary author here in Austin, is incredibly kind, gracious, and welcoming to other authors. Rick Riordan—I knew him before his Percy Jackson series—doesn’t live in Texas anymore, but he did. I enjoy Ben Rehder, he’s kind of the Carl Hiaasen of Texas. He wrote a whole series of novels in the hill country, and he usually takes on some interesting social topics and explores them through these mad-cap crime novels.

And, finally, what are some of your favorite Austin places?

I hate to say it, but I am mostly hovering over my computer keyboard. I don’t get out as much anymore. I love to go to Matt’s El Rancho, which is one of our iconic Tex-Mex restaurants. Then again, I only seem to go now when we have friends in town. How sad is that? I do love to see shows at the Paramount Theater or Austin City Limits. Seeing live music is still a big treat. But that may be it. I’m not one of those guys that stands in line for three hours for Franklin’s BBQ. I’m sorry, I just won’t.