Flight suit: check. Helmet: check. Goggles: check. Ear plugs: check. Tightly-tied shoelaces: check. The wind tunnel at iFLY Indoor Skydiving is producing upward wind at about 100 miles per hour as I nervously walk toward the entrance. My instructor smiles encouragingly and, as instructed, I cross my arms over my chest and lean into the tunnel. Then, I spread my arms wide and lean forward. I’m flying! It is exhilarating.

The roaring wind makes breathing, well, different (but I like to breathe, so I make sure I’m properly inflating my lungs on a regular schedule). As promised, my instructor Marlon Mahoney never abandons me. I’ve already learned the importance of several hand signals that instructors use to help indoor skydivers stabilize themselves, and sure enough, Marlon flashes me the signal to straighten my legs slightly. Surprisingly, I’m soon stable, and he lets me go. A minute seems to last a long time in the wind tunnel. When I go in again a few minutes later for my second flight, the minute seems to last even longer. Marlon takes flight with me and, using his vast knowledge of body positioning, helps me fly all over the tunnel. It seems like we are going much higher than anticipated, but I remember Marlon saying  during our training session, “Don’t worry. You are not going to fly out of the building!” 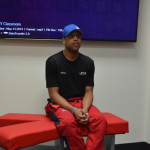 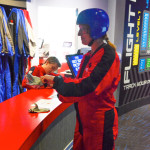 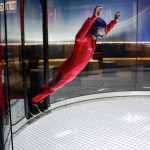 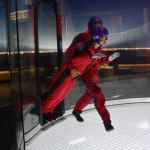 When I arrive home, photos and videos of my flight are already in my e-mail inbox. I’m torn…the calorie burn in the tunnel has left me ravenous, so do I eat lunch first, or immediately share the photos with friends and family? Meanwhile, my arms are a little stiff; however, Ali Macdonald, operations manager and skydiving enthusiast, has assured me this is normal. Skydiving, she says, “uses muscles that are only used for flying.”

Founded by skydivers, the first iFLY Indoor Skydiving (then called SkyVenture) opened to phenomenal success in Orlando in 1998. More facilities soon sprang up in cities throughout the country, including Austin, Seattle and Denver, as well as in South America, Great Britain, Europe, and the Mideast. The fourth iFLY in Texas, located at I-45 near Woodlands Parkway, created a buzz when it opened on April 10 and is getting “busier and busier every day,” Ali says.

iFLY replicates the adrenaline-producing freefall portion of a skydive, but in a controlled, safe indoor environment. There are no parachutes or expensive airplane rides; there are no rainouts, unpredictable winds, or missed drop zones.  Instead, four powerful fans generate 1600 horsepower and produce a vertical column of air that reaches up to about 135 miles an hour. The wind speed is customized for the size and body type of each flier, making indoor skydiving safe and fun for people of all ages who weigh less than 250 pounds. People from age 3 to 103 have flown in iFLY facilities across the globe. “One minute in the tunnel is roughly equivalent to one skydive,” Ali says. iFLY-Houston (The Woodlands) boasts technologically-advanced and efficient equipment of the latest generation of wind tunnels.  Recirculating air is blown from giant fans in the ceiling of the building, down around the sides of the tunnel and up through the mesh floor, which is made of aircraft-quality stainless steel. The wind speed is constant throughout the 14-foot cylindrical tunnel, so participants can safely float on the vertical column of air.

Although seasoned skydivers—including several professional skydiving teams—often train at iFLY, it is remarkably beginner-friendly. In fact, first-timers often find flying at iFLY so exhilarating, they can’t wait to come back. “They say, ‘That was awesome! I can’t wait to do it again; I’m definitely coming back,’” Ali says. “My favorites are the ones who come in terrified and end up flying and loving it.”

Before entering the wind tunnel, first-time indoor skydivers watch a short video that teaches them the basics of skydiving, such as proper body position. They also learn hand signals the instructors use (The roar of the wind inside the tunnel makes it difficult to hear.). Beginners are paired one-on-one with instructors, who never leave their side while they are in the tunnel. While experienced skydivers may fly near the top of the 68-foot tunnel, beginners stay in the lower part, an 18-foot section that is walled in glass.  “It’s like learning to swim,” says Marlon Mahoney, a lead instructor. “Now that you are an adult, you know that floating isn’t that hard.” Marlon should know; he has spent countless hours in the wind tunnel. “I practically live in there,” he says.  Several of the 14 instructors at iFLY-Houston (The Woodlands) are former members of the military; all have attended a rigorous, month-long program that trained them to handle every conceivable emergency situation. Instructors are certified through the International Bodyflight Association (IBA), an organization that iFLY founded to ensure the safety of its clientele. According to the iFLY web site, the IBA is “the most widely-recognized organization in the world for training and accrediting vertical wind tunnel instructors.”  iFLY instructors carefully follow safety precautions, but Ali stresses that indoor skydiving is not an amusement park ride. “We call it a flight,” she says. “It is very much a sport.” 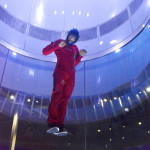 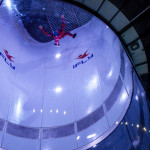 Although participants might get an occasional bruise, iFLY is proud of its safety record. Unlike actual skydiving, there has never been a fatality in one of its facilities. However, because there have been rare instances of dislocated shoulders, iFLY discourages people who have previously had shoulder dislocations from participating.

The wind tunnel can comfortably fit up to five fliers, but beginners fly one at a time until they reach iFLY’s “level one.” Achieving level one status, Ali says, usually takes beginners 10 to 20 minutes of flight time. They must be able to maneuver their bodies up and down, from side to side, and 360 degrees in both directions. They must also be able to enter and exit the tunnel unassisted before flying with others.

Bulk rates are available to fliers who have achieved level one status or higher.  iFLY is also available for school field trips, corporate events, and birthday parties.  On Tuesday nights, the iFLY Kids’ Club offers discounted rates and a dedicated time for children up to 16 years of age to learn and practice their flying skills. Because iFLY-Houston (The Woodlands) is growing in popularity, reservations are usually required. Same or next-day reservations are often available on weekdays and for small groups, but larger groups and weekends usually require advance notice.

iFLY-Houston (The Woodlands) is currently open from 10 a.m. until 10 p.m. during the week and from 9 a.m. until 11 p.m. on weekends, Ali says, but hours may be extended as needed. When compared to an actual skydive, which can cost from $250 to $300, indoor skydiving provides all the fun at a fraction of the cost, Ali says.  Beginner packages at iFLY, which simulate one skydive, are $69.95, and include one-on-one instruction and rental of flight suit, helmet and goggles, as well as bragging rights (a flight certificate). Photos and videos are taken during flights and can be e-mailed to participants. Fliers can schedule return trips to iFLY at discounted rates. “You will never again,” Marlon says, “have to wonder what it’s like to fly.” 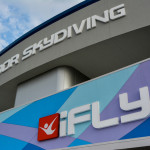 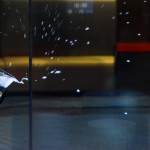 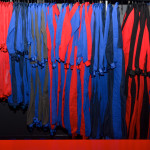