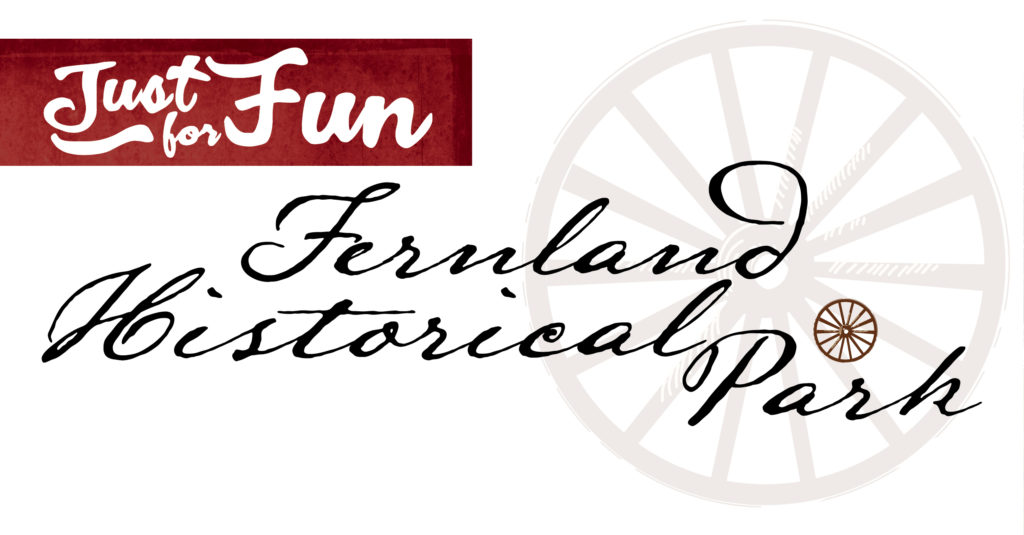 The history of the historical park 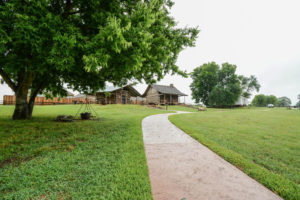 As the story goes, Fernland Historical Park can trace its origins to one couple’s search for a storage building to put on their acreage near Montgomery. Then, the search became something more. Over the span of about 20 years, Carroll and Mae Tharp, who lived near Honea-Egypt Road, acquired several old buildings and relocated them to their property. Carroll, a preservation architect and former board member of the National Trust for Historic Preservation, painstakingly restored the buildings, and the couple then furnished them with artifacts authentic to the time of their original construction. The Tharps bequeathed their buildings to Sam Houston State University. Although they are no longer living, their gift to historical preservation lives on. 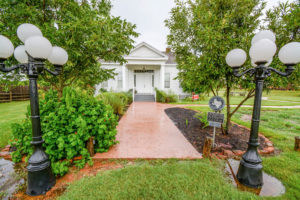 In a joint effort between Sam Houston State University, the City of Montgomery, and Fernland, Inc., four of the Tharps’ buildings—the Hulon house, two log cabins, and a corn crib—were joined by another building of local historical significance to become a historical park. The remote location of the Tharps’ property was deemed unsuitable for a public park, but Buffalo Springs developer Philip LeFevre generously donated the land that helped Fernland Historical Park become a reality. (One of the Tharps’ buildings, Sam Houston’s bear-hunting lodge, which was originally located east of Montgomery near Lake Conroe, has been moved to Sam Houston State University.)

In a project of monumental proportions, the four buildings were relocated in 2010 to 770 Clepper Street. Pads at the park were prepared; meanwhile, chimneys and steps were removed for later reconstruction. In 2011, the Arnold-Simonton house was moved to Clepper Street, and in 2012, the park was dedicated. 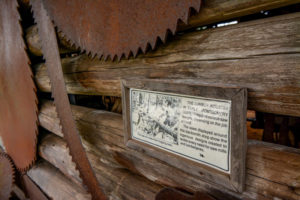 A walk through the past

Each year, countless visitors explore Fernland Historical Park. Right away, they learn they are in a historically-significant place: the first of the park’s several historical markers greets them at the edge of the parking area. It points to the Arnold-Simonton house, which was built in 1845 and is one of the oldest houses in Montgomery County. It is listed on the National Register of Historic Places, says Dana Bickford, one of four docents at Fernland, because of its unusual Greek-revival architecture. Docents eagerly tell visitors that Sam Houston often visited Montgomery, and one of the places he stayed was the Arnold-Simonton house. The house was moved from its original location to become Montgomery City Hall in 1977 before becoming a part of Fernland in 2011. “All of the buildings are in their third location,” Dana says. 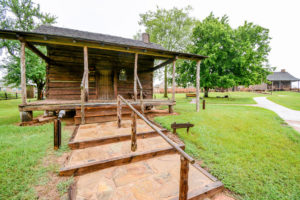 The Arnold-Simonton house has a museum-like interior, where visitors can learn much about the history of the town of Montgomery. One room has been furnished to reflect the home’s early history, while other rooms contain displays of fascinating artifacts, such as bear traps, cannon balls, and a collection of different types of barbed wire. A model of the town of Montgomery, which depicts structures as they appeared between 1840 and 1940, is in one corner of the Arnold-Simonton house. Tiny houses and businesses dot streets, which have names that are still in use. One of those houses is the Arnold-Simonton house itself, but in its original location. Although some buildings have been lost to the effects of time and natural disasters, many buildings that appear in the model are still in existence today. 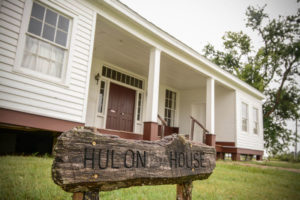 One of the unique features of Fernland, Dana says, is its varied examples of architecture. As visitors leave the Arnold-Simonton house, which was built during the Republic of Texas era with mortise-and-tenon joints, they can look eastward to see a Civil War-era home. The Hulon house, relocated from the northern Montgomery County settlement of Danville, features a “dog-trot” floor plan with rooms to the right and left of a central breezeway. It contains furnishings that reflect the many decades of its existence. The Hulon House is one of the few original structures from Danville that is still standing. “It’s a survivor,” says Julie Kohl, docent. 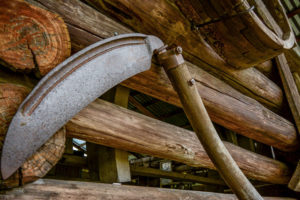 After viewing the Hulon House, Fernland visitors often gravitate toward two picturesque log cabins. The Crane cabin was built in 1867 by Nickolas Crane, a Confederate veteran of the Civil War. It originally had a chimney constructed of sticks, mud and moss, and had a detached kitchen. Furnished with a cowhide rug, a spinning wheel and crockery churn by the stone fireplace, the Crane cabin makes it easy to imagine life in the 1800s. An interesting fact about the cabin, Dana says, is that Nickolas, after freeing his slaves, gave them portions of his property in Angelina County. The freed slaves chose to stay there, and helped Nickolas build the cabin. 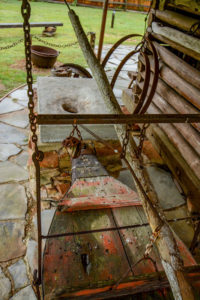 The Jardine cabin was built in about 1830 by Irish immigrant James Jardine on what is now Possum Walk Road in Walker County. It is one of the five oldest existing log structures in Texas. Legend holds that James built the cabin by himself, Dana says, so erecting the beam that runs from the front porch to the back porch, which weighs an estimated 600 pounds, was probably a challenge. The cabin was occupied until “well into the 1900s,” she says. Today, it contains crockery, cowhide-upholstered chairs, as well as other furnishings, and still has the hook over the fireplace, where early residents suspended their cooking pots. Another interesting feature of the cabin is the leather-hinged rifle slots on either side of one door, which allowed residents to take aim on invaders.

“There is a loft upstairs where children would have slept,” Dana says. “Parents would have slept downstairs.” Originally, she says, there was a gap between the cabin and the chimney, which served as a safety feature. If the chimney caught fire, residents could quickly knock it away from the cabin to prevent the fire from spreading to the main structure. The cabin’s chimney has been reconstructed out of mud and sticks to replicate the original chimney. 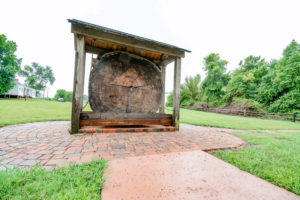 Visitors also enjoy peeking inside the blacksmith’s shop. Originally a corn crib, where corn was dried for animals or for seed, Fernland’s board elected to furnish it as a blacksmith shop to display the numerous old tools and implements that were donated to the park. After exploring Fernland, many visitors continue on to the adjacent Memory Park, a lush retreat that features statuary, benches and even plants dedicated to the memory of people who have been loved. 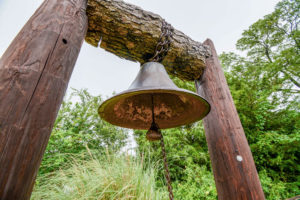 Fernland Historical Park is a popular destination to visitors and locals, young and old. Among the most enthusiastic people who visit the park are students. Each year, local seventh graders are required to participate in a scavenger hunt to acquaint them with the rich history of Montgomery, and students soon learn that Fernland Historical Park is a treasure trove. They sometimes come to the park after reconnoitering nearby historical buildings, only to discover hints and clues at Fernland. “They wish they’d come here first,” Dana says. 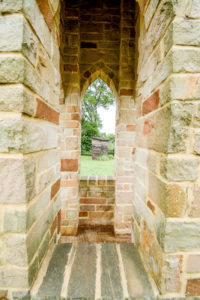 Fernland Historical Park is open daily during daylight hours. Buildings are open Tuesdays through Saturdays from 11 a.m. until 5 p.m., and on Sundays from noon until 4 p.m., when there are docents on duty. For more information about the park, visit its web site, fernland.org, or its Facebook page.