Just for Fun: Faith Fest ’15: Unity in the Community

In the Apostle Paul’s letter to the Ephesians 4:4-6 he writes, “There is one body and one Spirit, just as you were called to one hope when you were called; one Lord, one faith, one baptism; one God and Father of all, who is over all and through all and in all.”

Yet, divisions abound. What is the answer? What is needed? The answer is unity.

This November 21st at the Lone Star Expo Center in Conroe, a group of community organizers founded by Jody Czajkoski will present “Faith Fest ‘15 Unity in the Community,” working to address this problem. “Unity is something we can’t depend on politicians to do for us,” said Czajkoski. “It’s something for the community of faith to resolve.”

Their blueprint is first uniting local Christian volunteers to work together to gather sponsorships to support missions-minded organizations, with one other powerful element – fun.

“What really draws a community together is when they get to know each other and form common bonds,” Czajkoski said. “By having fun together, we can and will build relationships, which will lead to us working together for the common good. We all worship the same Jesus, and it is the devil we let divide us,” continued Czajkoski. “As Christians, it is time we come together to stand up for what we believe and, at the same time, make a difference in the community where we live.”

Featured at Faith Fest ‘15 will be Texas country recording star and male vocalist of the year Aaron Watson. Though known for fusing traditionalist country roots with outspoken carefree, truthful lyrics, he promises to give a testimony to the power his faith has provided in his life. “He’s just one example,” says Czajkoski. “This is a faith-based event, but there are a lot of people who are going to come to hear him (Watson), then receive the wonderful message of his testimony. This is unity for the whole community.”

Additional performers will include Jeremy Camp, the contemporary Christian musician and songwriter from Lafayette, Indiana who has released eleven albums (four of them RIAA certified as gold) and two live albums. His original music is a mixture of ballads and up-tempo songs with rock influence. Camp has won five GMA Dove Awards, has been nominated for three American Music Awards, and was nominated for a Grammy Award for Best Pop/Contemporary Gospel Album in 2010 for his album Speaking Louder Than Before.

Other performers will be the Lone Star Cowboy Church Band and the man with the “Nashville voice, but Texas attitude” Rex Robards and the Grateful, and much more.

Guests will include Mike Barber, leader of Mike Barber Ministries. Barber is perhaps best known as a former Louisiana Tech football standout who later spent 10 years in the NFL and has now dedicated his life to a nationwide prison ministry that recently celebrated its 28th year. “We believe that Jesus Christ is the same yesterday, today, and yes, forever. By being led by the Holy Spirit, we believe the most important gift is the one needed at that very moment. We are a ministry that welcomes all denominations, as long as they share the greatest gift of all: the gift of salvation through Jesus Christ,” said Barber. “We are a ministry built on fulfilling God’s word as we walk cell-to-cell even unto the least of them, sharing the good news of our Lord and Savior. We are a ministry built on faith according to the four powerful words in Mark 11:22, ‘Have faith in God.’”

Aside from fun and games for kids, which will include a backyard bull riders tour and junior bulls and mutton busting, Faith Fest has taken great pains in selecting four notable charities which all proceeds from tickets sales will benefit: Home of Home, which helps victims of sex trafficking; All the Kings Horses, which helps high-risk youth through caring for horses; Compassion United, helping those people who have fallen through the cracks of society; and St. Vincent De Paul, who provides food and clothing, as well as a host of other types of assistance, to area needy.

Currently, there are three levels of corporate sponsorships available. First, there is the Star level. Those donating $2,500 receive four VIP tickets, a table/banner area, and the opportunity to pass out brochures. Next is the Gold level. $3,750 gets six VIP tickets and an additional four general admission tickets. Logos of companies or organizations have the opportunity to be printed on select Faith Fest literature, posted at faith-fest.com, in addition to the sponsor having a table/banner area and opportunities to pass out brochures. Finally, there is the Platinum level, reserved for those with donations of $6,000. At this level, stage mentions of their sponsorship will be made during the festival, company names mentioned in selected radio ads, logos printed on all related material as well posted at faith-fest.com. Those on the platinum level can expect prime table and booth locations, as well as ten VIP seats.

“We want the public to understand that Faith Fest is a 501 (c)(3) organization and that all donations are tax deductible,” Czajkoski said. “But, the major point we want to give special importance and prominence to is what a community can accomplish when it truly works together.” Czajkoski is confident that as much as $500,000 can be raised to help these worthy charities, the benefits of which can be realized for years to come. For more information contact Jody Czajkoski at Jody@faith-fest.com or visit them on the web at www.Faith-Fest.com. 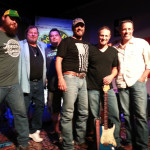 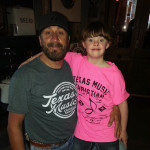 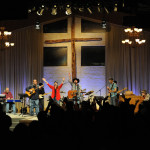 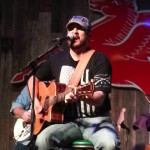 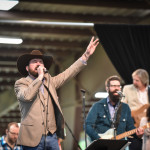