Gotta Get Away? Nashville Now! 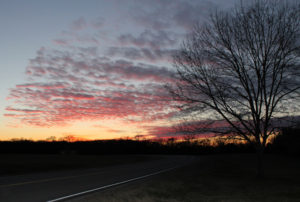 When one hears the name “Nashville,” the thought that usually comes to mind is country music…lots and lots of country music…and rightly so. Nashville is the home to the Grand Old Opry, the Country Music Hall of Fame, the Ryman Auditorium (known as the Mother Church of country music), along with a myriad of recording studios and agents and businesses that cater to the music industry. Individual museums focusing on the careers of country stars like Johnny Cash, Patsy Cline, and George Jones are must-sees for those who declare themselves rabid fans. Among my favorite childhood memories are the trips our family took to Opryland USA (a musical Astroworld to a kid). When my husband and I took our first vacation as a married couple, we headed to Nashville and Opryland. The amusement park closed in 1997, and the Opry Mills Mall now stands in a portion of the old park. Of course, country music fans still find plenty to love; however, if country music isn’t your thing, don’t despair. There’s a great deal that makes Nashville a topnotch place to spend some time.

The Athens of the South in Centennial Park

In addition to being the state capital of Tennessee, Nashville boasts a young and vibrant city scene. There are so many colleges located within the city that Nashville inherited the nickname “The Athens of the South.” If you don’t believe it, just visit Centennial Park and see The Parthenon. The Parthenon is a full-size replica of the original in Greece. It stands as the centerpiece of Nashville’s Centennial Park and is quite a sight to behold. Tours cost $6, and your ticket allows you inside to see the re-creation of the 42-foot statue of Athena, just as it was in ancient Greece. The Parthenon also serves as Nashville’s art museum. During our visit, a bridal party was using the building as a dramatic photo backdrop. Centennial Park also has rental bicycles that allow you a chance to zip around and take in the sights. 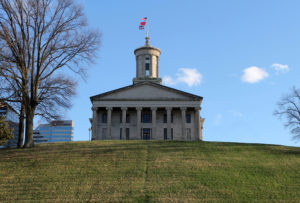 If you’re interested in history, Nashville fills the bill. Serving as the capitol of Tennessee, the State Capitol building which first opened in 1859 is a beautiful recognition to the people of Tennessee. Of notable interest is the fact that the tombs of President and Mrs. James K. Polk are located on the Capitol grounds.

Several plantation homes can be found in and around Nashville, but our trip was short, and we chose to visit two, Belmont Mansion and The Hermitage. Belmont Mansion is one of the largest house museums in the city and is a must-see for anyone interested in Tennessee history, the Civil War, architecture, art, and decorative arts. The 10,000-square foot Italian Villa house and grounds, located on the campus of Belmont University, were occupied by the Union Army prior to the Battle of Nashville. 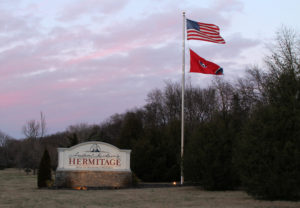 Entrance to The Hermitage, home of Andrew Jackson

The Hermitage is the magnificently preserved home of Andrew Jackson, our nation’s 7th President (known as the People’s President). The Hermitage showcases one of our nation’s most fascinating stories of the early 19th century President from the western frontier to the White House. Since Jackson was the friend and political mentor of Sam Houston, the Hermitage was a must stop for us. 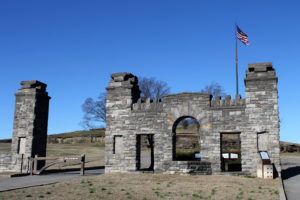 Another Civil War historical stop is Fort Negley. This fort was the largest and most important fortification built by the Union Troops who occupied Nashville during the Civil War. Interactive exhibits and videos cover the 1862 surrender of Nashville, along with the building of Fort Negley. Admission is always free, and the Fort is located just two miles from downtown. 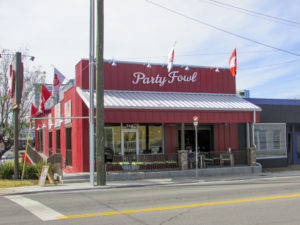 When you find a city filled with young people, you also find uncommon and different places to eat and drink. Unique to Nashville is a dish called “hot chicken.” The city boasts several places to sample this fare, but since my niece was serving as tour guide, we selected her personal favorite, Party Fowl. Ask any Nashville resident their favorite place for hot chicken, and you’ll get a variety of answers, but they often come down to about 3 places…Hattie B’s, Prince’s Hot Chicken Shack (the original), and Party Fowl. Party Fowl’s version of Nashville Hot Chicken is chicken marinated in buttermilk brine, tossed in seasoned flour, fried golden brown, and served with dill pickles and a side. We were given a seasoning choice of southern fried, mild, medium, hot, and Poultrygeist. 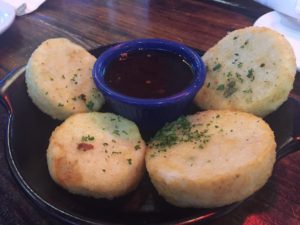 Since we are Texans and accustomed to spicy eats, I was ready to order the “hot” (knowing that anything sounding like a creature from the underworld that would make me scream was not for me). Our waitress was super helpful and took it upon herself to educate and help us select some menu items worth writing about. After she informed me the “hot” was close to a habañero spice, and the “mild” was more like jalapeño, I swallowed my Texas pride and ordered the mild (hoping I’d be able to swallow that, too!) She recommended the Piggy Chips, which I later learned were potato chips fried in bacon grease and served with white BBQ sauce. While we waited on our meal, she introduced us to their famous Fried Cheese Grit Cakes served with strawberry-jalapeño jam. It certainly wasn’t the healthiest of meals, but it surely was the most flavorful! (Hopefully, Dr. Prier doesn’t read this part.) 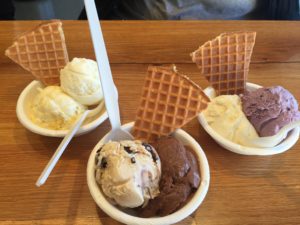 Something we found surprising is that Nashville has been ranked #3 by Travel+Leisure for America’s Best Cities for Ice Cream. After sampling a meal of Hot Chicken, it makes sense! Once again, my niece Summer delivered the flavor by taking us to Jeni’s Splendid Ice Creams. Located in the trendy 12 South neighborhood, Jeni’s wins the prize for the most amazing and unusual flavors we’ve ever tasted. Juniper & Lemon Curd, Wildberry Lavender, and Queen City Cayenne are just a few. My favorite was Darkest Chocolate paired with Salty Caramel. Jeni’s is generous with sample spoons and smiles, so be prepared to be dazzled by the flavor and have a difficult time selecting. 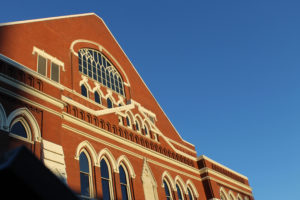 Another big deal in Nashville is brunch! As we tried to make our choice, we realized there are more than 60 places that offer this dining option. Our first choice, Biscuit Love, was recommended to us by my cousin, but unfortunately, the line was so long that our schedule wouldn’t work, but we hear it’s worth the wait. Even Party Fowl has a brunch menu, but we didn’t think our stomachs could take it! Instead, we went to The Garden Brunch Café. Open only on Friday, Saturday, and Sunday from 9 am – 2 pm, these folks make brunch their whole business. The freshness of the food and the decadence of the Butter Pecan Pancakes will ensure their place on my “must visit” list for next time. 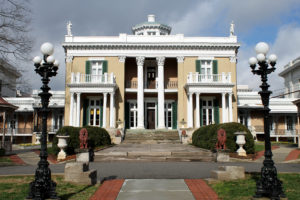 When planning for next time, the Tennessee State Museum will be at the top of our list. Telling the entire story of Tennessee’s rich history, the museum offers more than 60,000 square feet of permanent exhibits and a 10,000 square foot changing exhibition hall. Also making the list is Travellers Rest Plantation & Museum. The plantation was built in 1799 when Tennessee was the western frontier. Guests to this home are invited to witness historic reenactors go about daily life of the 19th century right before your eyes while telling you some of Nashville’s famous stories.

Whether stopping for the day as you pass through or staying for a week, you’ll find a tremendous amount of history, along with friendly people, delicious eats and toe-tapping live music in this lovely city – The Athens of the South – Nashville, Tennessee.