Do You Know? Joyce Dunaway 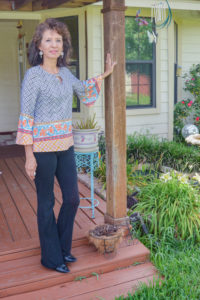 That is the message Joyce Lynn Dunaway would like to tell the world. Watching her husband Dennis ignore the warning signs of prostate cancer for years, then standing by his side through many rounds of chemo and treatments, has been hard on Joyce and her family. Her experience gave her a story to tell and turned the humble and very private woman into an unlikely author. Joyce’s book, Cancer Patience, is available on Amazon and at Barnes and Noble. It is a small book, easy to read, and I recommend it to anyone who may possibly be facing a long-term illness or feels that someone they love may have an illness, especially cancer.

Tell us a little about yourself.

I grew up in Houston in the 60s and 70s. As an adult, I moved out of Houston because of all the crime and settled in the Willis area. I married, had three children, and then was widowed. I then met Dennis when we were working together for Montgomery County. We married in 1997. My daughter Alissa was seven years old and lived with us. Nowadays I work for the Huntsville Police Department.

Describe the events leading you to write your book  Cancer Patience.

A year or so after we were married, Dennis and I applied for life insurance. They came to his office, did a simple physical exam, and took blood. We got a letter a couple weeks later saying that he needed to go to the doctor because his PSA—which is a marker for prostate cancer—was very elevated. It disqualified him from getting life insurance. He didn’t seem concerned and didn’t do anything about it, but around that same time, I noticed his personality was changing. He wasn’t the same person; he was irritable and fighting with my daughter all the time. He had issues at his job. I started to wonder if he was having issues at work, maybe having an affair; I didn’t know what it was. I just knew something was not right. I knew he was unhappy, but I was in a new marriage and just getting to know each other. Looking back now, I know it was the beginning stages of the cancer. At that time, he only had some mild back and hip pain. For four years, he put up with the pain and discomfort. 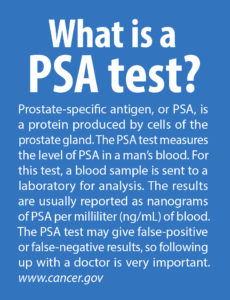 He never complained that he was hurting or in pain; all I knew was that he was a different man than the one I married. He finally went to the doctor in March of 2003. The day after the tests were completed, the doctor called to say that he had set up a biopsy appointment the very next day, because Dennis’ PSA was in the 800s, while the normal range is 0-4. The biopsy confirmed prostate cancer. After the diagnosis, while we were still in the doctor’s office, Dennis told me, “You know, I knew something was wrong with me, but I was trying to be tough.”

Through the years of treatments, I would get angry at Dennis because he could have prevented this and not have had to go through such torturous treatments. Cancer treatments are just brutal. I don’t think there is any family that is untouched by cancer, at least indirectly. We all know someone who has it or has passed away from it or even know a survivor.

How did your husband’s illness affect you and your family?

Dennis’ illness had several effects on my marriage and my relationship with my daughter. Alissa lost her father, my first husband, when she was six.  Dennis at first had a constant ongoing irritability, with no explanation to those he was closest to. He also had unrealistic expectations, both academic and personal, for Alissa, who he could not get along with. There were also issues with our intimacy.

As I stated in Cancer Patience, ever since Dennis was diagnosed, I pictured myself on a soapbox preaching to anyone who would listen, to PLEASE not ignore one’s health, for your loved one’s sake, if not your own.  I didn’t want anyone having to go through the same mysterious early signs of illness, which turned into a terminal disease due to his choice to suffer in silence for the nearly four years when the symptoms first surfaced. 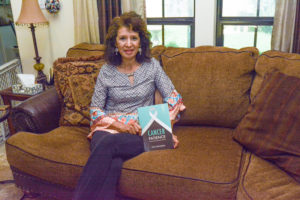 How did you come to write the book?

I wrote it on my computer and edited it several times, then I submitted the manuscript to a publisher. Finding a Christian publishing company was easy; I remembered hearing an advertisement on a radio station that I listened to months and years earlier.  I had not seriously considered writing a book until after several gentlemen in my Sunday school class commented to me about my writing skills when sending updates and prayer requests for Dennis. Never in my wildest dreams had I ever thought I could be a published author, but I had a story to tell, a message to get out. The book was published in the latter months of 2015, and then officially released on March 10, 2016.  Since then, I have been trying to find ways to get the word out to as many people as possible.

Why did you write the book and who is your intended audience?

My sole purpose of writing the book was to raise awareness of the detriments of ignoring health warning signs.  Had my husband gone to the doctor when symptoms first surfaced, I’m quite sure he would have caught it in the very early stages, and the disease would have been curable.  Dennis chose to ignore serious health symptoms for years; I see and hear other people making the same terrible mistake and want to wake them up to the preventable torture they could be facing if they would make a simple doctor’s appointment.

Even after writing the book, I’ve talked to a lot of people—especially men—and they’ll say, ‘Well I get that, I understand about him wanting to be tough, because men are raised that way.’ My husband was raised in the 40s and 50s; you weren’t supposed to complain or project this weakness. There’s a male ego pride thing.

My intended audience is anyone and everyone, because cancer is no respecter of persons.  We are all vulnerable to its brutal attack on our health and well-being. 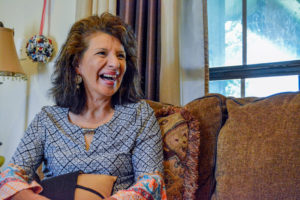 What did your husband think about the book?

Well, if you want to know the truth, I didn’t tell him. I didn’t tell anybody, because I didn’t want them to ask me about the book during the writing process, in case I didn’t finish it. Dennis saw a box of my books in the car, and he wanted to know what they were. I told him about the book, but made him swear he wouldn’t tell anyone. He never really questioned why I wrote it, but he read it and he said—his exact words were, “I’m sorry I put you through so much.”

I really didn’t want him to feel he needed to apologize to me, but in the book, I just spilled my feelings out; I wrote from the heart. It’s a very short book; you can read it in an hour. I guess I could have made it longer, but it would have been fluff. It’s just to get to the point to ask people not to ignore their health, because it could have detrimental results, as it did for him. I can’t help but think other men may have the same reaction that Dennis did, or even women, because we are so busy, we put our health on the back burner, too. 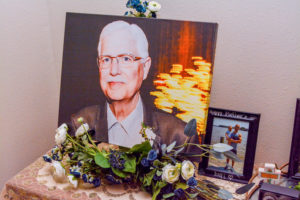 Tell about the treatment and outcome.

MD Anderson accepted Dennis into their treatment program and started him on hormone therapy. Then it went on through chemo and treatments. In March of this year, they finally told him they could do no more for him. Dennis was so weak and frail, he just couldn’t take any more treatments. It was time for hospice, but Dennis put it off until the end of April. He lasted seven more weeks and passed away just a few weeks ago on June 12th. He fought and fought with all his heart, and our faith is what kept him going for as long as it did. We had such a tremendous support group from our church.

The book specifically says, “Please do not ignore warning signs.” And he did, for years, for four years almost. Seeing a doctor earlier could have saved his life and our marriage, our happily ever after. I’m a very private person, but I wrote Cancer Patience to hopefully save lives and relationships. 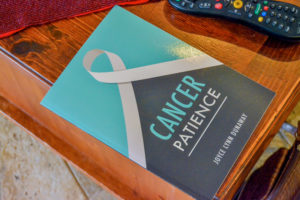 Joyce’s story of cancer, an unfortunately late diagnosis, and years of brutal treatments is a scary and disheartening one, especially since she lost Dennis to the horrible disease. Yet, throughout the interview with Joyce, I was struck by her grace and thankful heart. Joyce continuously expressed that she felt blessed throughout her ordeal by the family and friends that surrounded her, and especially by her church family. They helped with getting Dennis to the treatments, sitting with him during hospice, and covered them both completely in prayer. The love that Joyce and Dennis shared shines through her story and strengthens her dedication to get her message out to others. Cancer Patience (ISBN-13: 978-1498459020) is available from Amazon and Barnes and Noble.