Do You Know? Jay Ray Haese 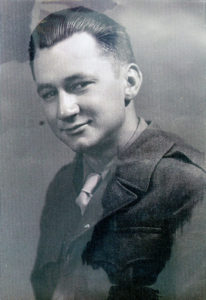 Jay Ray Haese, known to most people as Ray, got off to an early start to adventure, so it’s understandable that at age 92, he is content to live a quiet life with his memories in a senior citizen residence in Conroe.

Ray was born in San Antonio and grew up during the Great Depression. At the age of 16, he went to work for Zachary Construction Co., where he learned how to be a heavy equipment operator. While building runways for fighter airplane schools in Laredo, he met and married Ollie, who would be his companion for 67 years until her death in 2008.

“I went into the Army when I was 17,” Ray recalled. Actually, there was a little bit more to the story than that, explained son Barry, a Houston businessman. He pointed out that Uncle Sam deliberately recruited him. “The Army contacted construction companies looking for heavy equipment operators. Dad had experience. They didn’t care what his age was; they got him.” 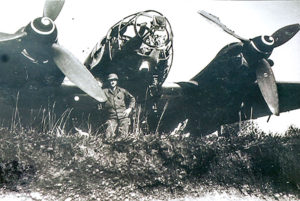 Ray said after a training period as a combat engineer, the army shipped his outfit “to England first, where we waited for about a month, then to Marseilles, France, then to Omaha Beach as part of the Normandy invasion on D-Day.” The combat engineers were in the second wave of the invasion, behind the combat troops.

Recalling the invasion, Ray said, “Well, we landed there, pitched tents, stayed about three days waiting for the weather to clear and for transportation to go to Bitche, France.” As a combat engineer, Ray’s duty was to operate a bulldozer to clear roads of debris and snow to keep supply lines open. He slept his first night in Germany in a tent. “It was cold. I left my boots outside the tent, and when I put them on the next morning, the tongues broke off, it was so cold,” he said, chuckling. 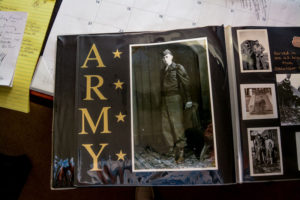 Eventually, Ray’s outfit cleared away war-ravaged Germany all the way to Munich, arriving just in time to see captives of a nearby concentration camp break out, scouring the damaged buildings for food. Because the camp had been filled to maximum capacity, long lines of abandoned railroad cars still contained prisoners. Most of them were dead, Ray remembered. “I cleared streets right by the concentration camps. In the city, all you had were streets. Outside the city, you had the Autobahn, but it was getting through the city that was the main problem. We had to get all the debris cleared away before the supplies could reach soldiers.” 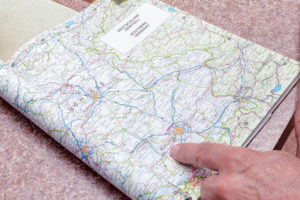 When the war ended, Ray remained in Germany and Austria for a time, bulldozing barricades and other structures erected by the Nazis. After his discharge, he returned to his family in San Antonio, where he found work opportunities were scarce. “I didn’t do much of nothing but little jobs for a year, because everything was so dead. But then I finally got work in San Antone, a little bit with the streets and different things. My dad had a gravel contract to put gravel on a bunch of roads, so I worked with him for a while.”

Shell Oil Co. was doing some drilling in that region of Texas, and Ray took a job with the company as a roughneck, and stayed with it for eight years, working on both land rigs and inland barges. He liked roughnecking, he said, but was ambitious to advance. “And I did. Over the next 24 years, I got to be a rig manager, and I went all over the world.” 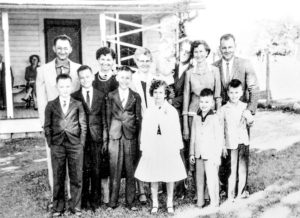 In the 1960s, Shell began shutting down some of its drilling operations, and two days before Christmas in 1962, Ray and his crew got the word to shut down their rig in Louisiana.

“After the layoff, we were coming up the Mississippi River, and there was a derrick erected onto a ship that was docked in the river near New Orleans. What we were looking at was a drillship owned by Global Marine Drilling Company. The name of the drillship was Glomar IV.

So we stopped there, checking for jobs. They wanted us to go to work the next morning, me and my crew. I said, ‘No, I’m going home first, then I’ll come back in four days.’”

Ray said he and his crew returned to Global Marine in four days. That was the beginning of his 24 year career with Global Marine, “Traveling all over the world. My wife was with me every day. My wife and I loved it. You don’t see many women like that.” 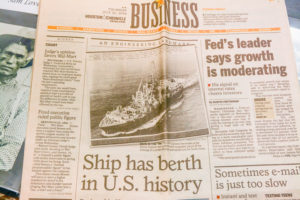 His employment with Global Marine led to another adventure as operations superintendent on the Hughes Glomar Explorer. In 1971, the Central Intelligence Agency had permission to build the Hughes Glomar Explorer, a $350 million drillship which was publicized as built to retrieve manganese nodules from the ocean floor. Actually, it was designed to recover a Soviet nuclear submarine that had sunk in 1968 in 16,000-plus feet depths more than 1,800 miles northwest of Hawaii. American intelligence had discovered the sub after the Soviets had given up the search. Ray mentioned that all rig personnel had to go through security clearances and were sworn to secrecy about the project. Finally, in 1974, under the disguise of mining the ocean floor for manganese nodules, the Glomar Explorer began its recovery efforts.

During recovery operations, Ray said, the Soviets were circling the ship in small boats and helicopters. “Every day, the boats would come around, then go out about a half a mile, stay there, and then come back the next day with the helicopters to follow. “It took us a long time to lower the barge with that 16,800 ft. depth,” Ray said. “We started up with the sub, and part of it broke off. There were six bodies in it. We put them in a freezer. We had a crew change in Hawaii, and after we got off, the lead crew took it out to sea and gave the Russians a formal burial.” After the real purpose of the operation became public knowledge in 1975, the American government discontinued salvage operations. The Glomar Explorer was later sold to a private company, converted for commercial use, and in 2015 sold for scrap. 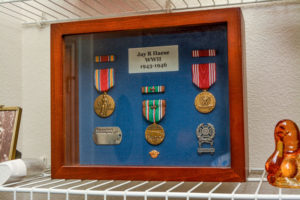 Ray retired from Global Marine in 1980, moved to Montgomery County, and later set up on Rabon Chapel Road what Barry and another of Ray’s sons, Bobby, said was “the model emu farm in the U.S.” According to Ray, the farm covered 10 acres with 50 breeding pens. “Business looked like it was just going to be real good. We had meetings all over the U.S. We were going to produce meat and emu oil.” Although the Haeses continued with the farm for several years, it was costly, with feed bills reaching $2,500 per month, so in the 1990s, facing insufficient yearling stock to render for products and mounting maintenance costs, the co-op shuttered the operation.

Ray built a new house in Walden and worked a while for Barry, whose business was selling diesel parts to drilling companies and other aftermarket customers. After the death of his wife, Ray moved to Silverdale Lodge in Conroe. “I would have to say that the success behind Dad was Mom,” Bobby said. “She was his strength. I don’t think Dad could have been who he is, gone where he traveled, did what he’s done without a woman like Mom behind him.”

“That’s for sure,” Ray agreed.

He said he does not have anything else he especially wants to do. He enjoys visits from Barry and Bobby, another son Calvin (who lives in Houston), and a daughter Linda (who resides in The Woodlands), as well as from his six grandchildren, eleven great-grandchildren, and friends.