Do You Know? Hector Cordero 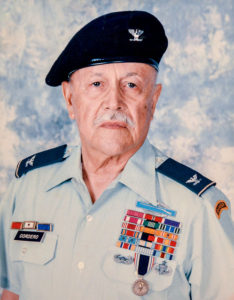 Colonel Hector Cordero was born almost 95 years ago in Puerto Rico. His official birthdate is January 24, 1923, but he considers August 6, 1945 his second birthdate, a new lease on life. In Cordero’s case, it’s appropriate…because his experiences enlisting in World War II, fighting in the Korean War, serving as an attorney and a federal judge in Puerto Rico, and traveling the world are worthy of two lifetimes.

Where were you born?

I was born in San Juan, Puerto Rico. My father was a good man, and his name was Juan E. Cordero. He was an army sergeant, and therefore I consider myself an army brat.

Tell us about your education.

I graduated from the University of Puerto Rico, and I majored in Political Science, History, and I minored in French and English.

How many languages do you speak? 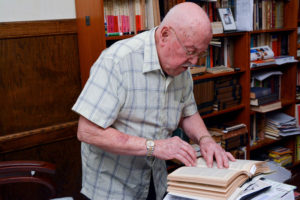 When you graduated, you were commissioned in the military.

I had been in the ROTC, and I went to training in Fort Benning in Georgia. I was commissioned as a 2nd Lieutenant, and I would have been sent to fight in Japan, where General MacArthur was planning to invade. Truman realized that if we invaded Japan, we would lose hundreds of thousands of soldiers. Because President Truman had the alternative of the atomic bomb, he opted to use that weapon instead. Had he not, I would likely have been one of the casualties. So, my second birthdate is when Truman dropped the bomb on Japan. I was saved from death on that date, and it is my second date of birth.

Did you remain in the military?

Yes. I loved the Army, and I loved our nation. My nation is your nation. The United States. And, yes, I remained in the Army as a member of the reserves, and I taught ROTC while I was studying law in Puerto Rico. I obtained my law degree in 1950.

Yes, I obtained my law license, my beautiful wife, we had our first son, Eric, and I was called back into active duty. I was sent to Korea.

Tell us some of your memories of the Korean War.

I studied Korea when earning my political science degree. I knew the country, its political system, and its culture. But I did not know the smell. They used human feces as fertilizer, and you could smell that before you even got to the country. Speaking of which, as we sailed to Korea, I was in two typhoons. I had never seen that kind of a storm before, and it was an extraordinary experience. 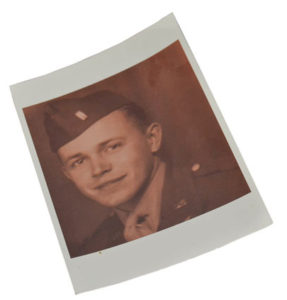 Cordero served in the 65th Infantry, which was a Puerto Rican regiment of the U.S. Army. In late November 1950, with temperatures dropping to 30 below zero, U.S. troops—including the 65th—encountered Chinese forces, which had surreptitiously joined the North Korean side. Surrounded and outnumbered by a two-to-one margin, American forces broke through and retreated. The 65th served as the rear guard for some 17 days of fighting, enabling more than 100,000 troops and 98,000 civilians to retreat to safety, in what historian Roy Appleman called, “The greatest evacuation…in US military history.”

Not all soldiers, however, were safely evacuated. On December 9, 1950, Cordero was taken prisoner by Chinese forces.

How long were you in captivity?

Cordero speaks little of his time in the camp, but William Latham’s Cold Days in Hell: American POWs in Korea describes the treatment:

“The guards hustled the prisoners forward with shouts…beat those who faltered, and shot those too sick to continue. [The commander] used a four-foot club to personally smack exhausted prisoners in the mouth. Execution squads shot those who did not respond.” 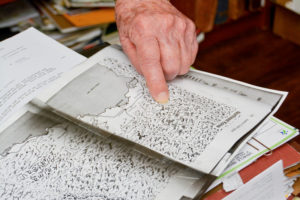 Did you try to escape?

Cordero does not speak much about his escape, but his story is told in Latham’s book:

“After the deadly winter of 1951, most of the survivors lacked the strength to break out of camp, much less to make their way to the coast and possible rescue. Nevertheless, in late April, four junior officers crept furtively out of camp under the cover of darkness, carrying a stolen bag of cooked rice. They made about seven miles that night, but were captured the following afternoon. One of the escapees was Capt. Hector Cordero, a young army lawyer from Puerto Rico who would later be appointed as a federal judge. The other three officers, including Capt. “Moose” McLain, had been captured at Unsan. The Chinese hog-tied Cordero and McLain and beat them into submission…”

When Cordero passed out, his captors poured cold water on him so they could continue their torture. His wrists were bound and tied to a hook above his head, where he was suspended during daylight hours. His muscles in his arms and wrists tore over the course of several days.

What were the effects of your time in POW camp?

I cannot lift my arms over my head. The muscles were too damaged to heal properly.

What did you weigh when you were released? 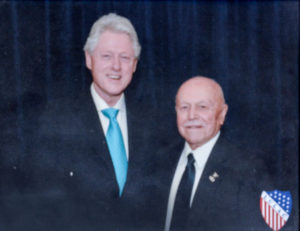 Tell us about being released.

Oh my. The first thing I did when I returned was to kiss the American flag. It is my flag. A man said, “What can we give you?” And I said, “Ice cream!” I ate half a gallon all by myself.

It was beautiful. When I was in POW camp, I looked at the moon, and I would say, “I want to see my son.” And when I got home, I saw my father, my mother, my beautiful wife, and my son. My son was only three years old. He looked at mama, and he said, “Is he papa?” And I said, “Yes, I am your papa. And I have been his papa.”

And you have more children now.

Yes, in addition to Eric, we had Hector Cordero, Jr.

Did you finally have a chance to practice law?

I stayed in the Army until 1958, when I was asked to become a judge.

How long did you serve as a judge for the Commonwealth of Puerto Rico?

Why did you retire?

I wanted to see the world.

Where all have you seen?

I don’t know the total, but when I close my eyes, I can see the countries and my travels there. (closes eyes) France, England, Spain, Italy, everywhere in Europe, South Africa, Mexico, South America, Morocco, Asia, 48 states, and I also returned to Korea.

Did you still work after you retired as a judge?

Yes. I worked as a lawyer. My last case took 13 years to win, but we did win it.

When did you retire as an attorney?

When did you move to Texas?

You’ve had a full life, with many experiences. Who are some of the interesting people you met along the way?

I met Joe Louis in 1946. I also met Buster Crabbe, who played Tarzan in the movies. More recently, I met Bill Clinton in 2007. 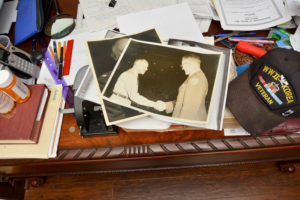 Speaking of Presidents, you have lived under 16 presidents, and in a few weeks, it will be 17. Which do you admire?

Who was your favorite?

Harry Truman is my hero. He gave me my second life.

And you have made the most of it.

Hector and his wife, Edith, will celebrate their 68th wedding anniversary this year. They live in Conroe, close to their two sons and their families.