Do You Know? Frank Minton

When Frank Minton and his identical twin brother Fred were 10 years old, they attended a San Diego Padres baseball game. Right then, Frank decided he wanted to be a baseball player. Not long afterward, he felt God’s call to be a preacher, but that calling would have to wait a few years. Frank bargained with God, saying, “If you would just let me play a few years first.”

And play, the brothers did. With Frank as a left-handed pitcher and Fred in the outfield, the twins were crucial in helping their Wichita North (Kansas) High School team win a state championship. Then, both brothers earned full baseball scholarships to the University of Oklahoma, and then both played with the Brooklyn Dodgers. (Frank played with the Dodgers’ farm club from 1955 until 1958; Fred played with the farm club for two years until being traded to the Baltimore Orioles.) Then, Frank started to preach, helping churches in six states grow into thriving congregations. Along the way, he graduated from Southwestern Baptist Theological Seminary and authored two books, Baseball’s Sermon on the Mound and Baseball Hits and Bible Bits. Today, Frank and his wife Joyce live in Walden. They are both 84 years old.

I always felt like Fred was another me. He was more carefree, but I never felt competitive. For him, I was the competition. When we were born, I was first by four hours. He would say, “After you were born, the Lord said, ‘I think I can do better than that.’”

When did you meet Joyce?

I met Joyce in high school. She was 14; I was 15. When I saw her, I said, “Dear Lord, do you see what I see?” We have been married for over 62 years. People said, “You are one of the best preachers we’ve had, but your wife is the best preacher’s wife that we’ve had. They really loved Joyce.”

What launched you into professional baseball?

I remember the high school state championship game. They had changed the rules so a high school pitcher couldn’t pitch more than nine innings in a 24-hour period. They didn’t want one pitcher pitching all the games. There were three regional games and three state games. We won five of them. We came into the last one, and I couldn’t pitch until nine o’clock because of the 24-hour rule. When I came in, it was tied, five to five. I struck out the next ten guys. My twin brother hit a booming triple, and we won the game. They said, “The twins did it.”

That was when the Dodgers picked up on me. I got a full scholarship to the University of Oklahoma, and so did my brother. They didn’t care what I did in college. They knew what I did in high school. The Dodgers had a dragnet for left-handed pitchers. The same year, Sandy Koufax, the great left-handed pitcher, signed. He went on to greatness. That’s why you have never heard of me! When I was pitching, they would call me “the tall, rangy left-hander.” I am six feet tall, but they wouldn’t even look at me today. You’ve got to be at least six foot-two or maybe six foot-five, or you can forget it.

What put you on the path of becoming a preacher?

I was brought up in a non-Christian home. My dad was a notorious drinker and gambler. My mother was emotionally disturbed and had problems. I went by a little Baptist church one night. I walked in and heard about Jesus. I said, “Whoa!” I learned how to follow Jesus from the people of the church. The church saved my life.

How was your intent to preach received among professional baseball players?

When I was as rookie, we went to spring training, my twin brother and I. It’s amazing. By the time we got to spring training, all the Dodgers knew we were church guys. One time, Fred and I were leaving, and Don Drysdale said, “Where are you guys going with those Bibles?” It was quiet, and my twin brother said, “Oh, we are going to church. It’s Wednesday night, isn’t it?”

We played other teams in the “Grapefruit League” in Florida. They said, “You want to meet Yogi Berra and Mickey Mantle?” I said, “Yeah!” The Yankees’ bus was coming up. Don Drysdale called ahead and said, “Hey, Mickey, here’s what we’re going to do. The Minton twins are going to try to convert Yogi. Make sure he’s the first one off the bus. Mickey, don’t let Yogi get back on the bus.” So we’re there, and here it came, and the first one off the bus was Yogi. Fred and I didn’t know it was a set-up. They said, “Hey, Yogi, here are the Mintons. They are going to try to convert you!” My brother and I knew we had been had. He tried to get back on the bus, and Mickey wouldn’t let him.

Was it hard to leave baseball?

After three years in professional baseball, I did not sign my fourth-year contract. Baseball people told me, “Old guys preach; young guys play baseball,” but I knew that God had called me earlier. It was one of the most difficult decisions that I ever made, because I loved baseball, but that’s what the Lord put on my heart. The Chicago Cubs called me and wanted to know if I had any interest in going to Chicago, but by that time, I was into pastoring and really never looked back.

Tell us about the first church you pastored.

We went back to our hometown of Wichita, Kansas and built a home in suburban Wichita. We started a church with 17 people in our home. We led them to buy an entire city block out in the suburbs of Wichita. It became Tyler Road Baptist Church. From 1959 to 1989 it grew from 17 to 1,076 in attendance.

How many churches did you pastor?

I pastored ten churches in six different states: Kansas, Texas, Missouri, Alaska, Ohio, California—small churches, big churches, mega-churches. I have enjoyed being a pastor. I called myself America’s pastor, because I preached all over the country. I feel like God blessed me, because all those churches grew tremendously. Our last three years at South Cliff in Fort Worth, we averaged 10 additions a Sunday. I preached on Sunday, and my people preached every day.

Can you describe your preaching style?

All during my ministry, I used baseball illustrations. Everybody knew I was as baseball player. That helped, because I wasn’t just a religious person. They identified with me as a person. I told people, “If you got me, it’s baseball. If you got me, it’s the Lord. They go together. It’s the same package.” I preach to reach the 10-year-old, freckle-faced boy, and I know that when I reach him, it will touch the heart of the Ph.D., too. I am not sophisticated, but always use the language of the people of the street.

What made you decide to become an author?

I didn’t write the book to make money. I wrote it as a legacy for my children, grandchildren and great-grandchildren, as a testimony, but not to be a money-maker, and it certainly isn’t. Only three percent of people will read a religious book, and I wanted to reach out to those who aren’t particularly religious, but are interested in the sports world.

When did you leave the full-time ministry?

I was a full-time pastor until 2010. I was preaching in Sugar Land. We moved to Montgomery in 2004. We wanted to be on the water somewhere. We like the area as much now as we did when we moved here. The people are friendly. I walk about three or four times a week along this land barrier. It’s a little under a mile. It’s my mission field. I talk to everybody out there. I say, “Did I ever give you one of my baseball cards?” It’s a little braggadocious to have a card of me when I was 20 years old, but here’s the thing: I talk about baseball, and then I talk to them about the Lord. I say, “Hey, where do you go to church?” And away I go. One guy had just had heart surgery. I started talking to him before he got in his pickup truck. I said, “You have a heart problem, and you don’t know when you are going to meet the Lord,” and we prayed together. He came by later and took us for a boat ride.

We go to First Baptist Church of Montgomery. The pastor has been there for three years, and it is his first pastorate. I call him my rookie pastor. I go in and say, “Hey, pastor, you know rookies are great, but they make rookie mistakes. I can give you something that you don’t have, and it will take you a while to get it—experience.” There is a filling station—a Shell station—on Walden Road, and they have a little lunch cafeteria. This one is terrific. We go down there, Joyce and I do, for lunch. Here’s the thing: there have been nine people visit First Baptist Church of Montgomery that we have met in that filling station. Nine! One has already joined the church, and they bring other people.

How do you want to be remembered?

The legacy that I want to leave with my children is my faith in Jesus Christ. I can’t leave fortunes to them, but that’s the one thing I want to leave them. We have four children, 12 grandchildren and 17 great-grandchildren. Here is what I want Joyce to put on my gravestone: “Jesus saved my soul. His church saved my life.” I did love baseball. Baseball is part of my life, just like preaching is, but leaving baseball was like trading a diamond for a crown. I really, really enjoyed being a pastor. I never really had a job. I loved doing everything I did. I never worked a day in my life. 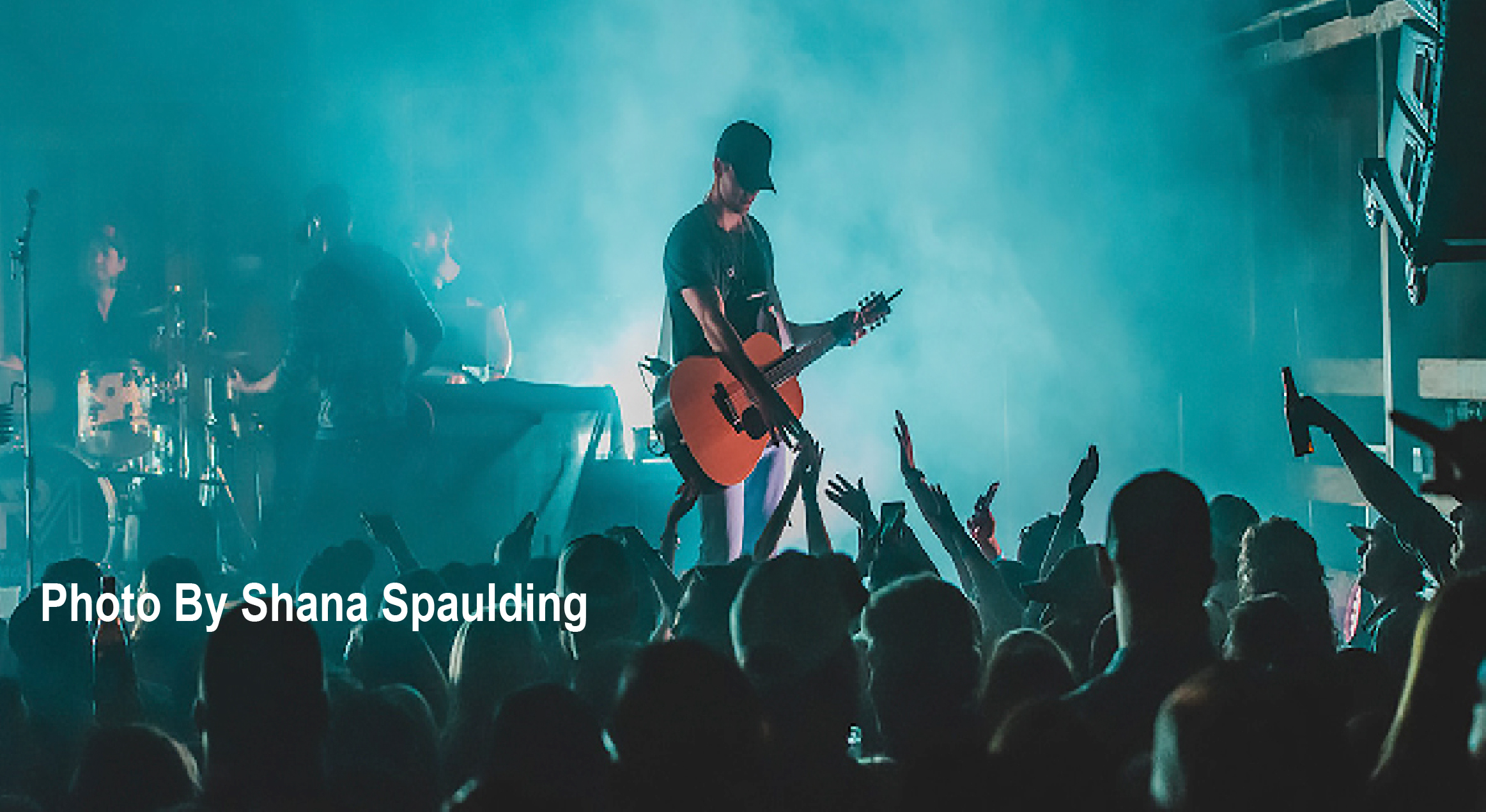