Do You Know? Dr. Everett Wilson 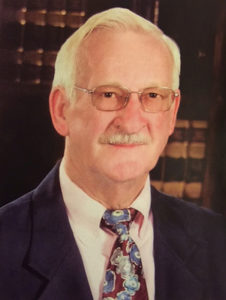 Meet Dr. Everett Wilson, educator, retired Naval Commander, and Professor Emeritus from Sam Houston State University—but, most of all, an advocate for humanity and hero to all who love learning.

I always knew what I wanted to do in life. The reason I knew I wanted to be a teacher was because of my father. Today, I’m a retired professor, but I operate my own bird resort as a hobby.

It is truly remarkable what you have accomplished and that you are still active as an octogenarian. Don’t be shy; tell us more about your life. 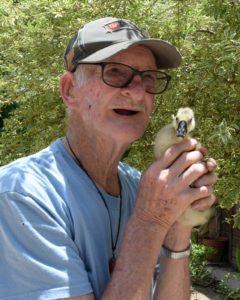 I oversee my bird project; it is only par for the course of my life. It’s a hobby now, but I like to think I had a small part in the lives of more than 10,000 students—not only in life, but in the world of Academia as well. Today, I watch over my birds in much the same manner. I’ve tried, watched with, and learned from all who I have been privileged to engage with. I gleaned wit, experience, and maybe some charm.

Dr. Wilson, tell us about your father.

I would follow my father’s instruction and go far beyond what almost anyone except him could have ever imagined. I was born July 13, 1928 to Maxine and Clarence Wilson. My love for life began on our family’s farm in Perrysville, Indiana. While young on this seemingly typical farm, I developed a special bond for the love of life and longed to study it to the fullest. My father only had a sixth grade education, but he told me to be a teacher. He was a farmer and bus driver, in addition to picking up mail for the railroad. 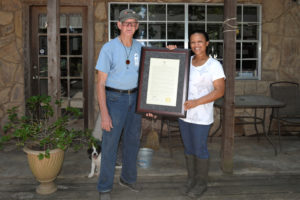 I was able to graduate valedictorian of my high school class in 1946. It was up to me to carry the hopes and dreams of my family. I first went to Indiana University, then later completed my final two years at Indiana State University with a B.S. in Biology—after which, I would teach for the first time in my hometown, as well as coach basketball, which is still king in the state of Indiana.

Are you still a big basketball fan?

Yes. I am. I even predicted the eventual NBA Champion Cleveland Cavaliers.

I remember I wanted to be a medical doctor, but I just didn’t like the sight of blood. As if a degree in biology was not difficult enough, I later returned to Indiana State University, where I earned a Master’s in Chemistry.

Why did you leave your home state? 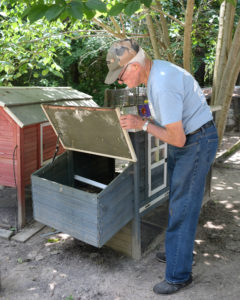 I would never have left home, my home state, had it not been for world events. In 1952, I found myself drafted into the Korean War by the United States Navy until 1955. After the war, I would return to my home state, but this time I would teach biology, as well as coach my old high school basketball team.

However, I only taught for 18 months, because I got a job in chemistry making a thin transparent wrapping called cellophane for the Olin Chemical Company. By 1957, I found myself back in school, this time at Purdue, where I would earn a PhD in Endocrinology, then on to Southern Illinois University as a professor for the first time in 1960. Soon after that, I was recruited by Sam Houston State University, but I told them that the only way that I would stay was if they let me do my post-doctoral at Cambridge University in England under NATO. 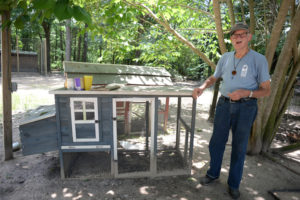 Yes, that NATO, the North Atlantic Treaty Organization. I had the honor of helping to pioneer research back in 1961, in what we know today as In vitro fertilization (IVF). Bob Edwards would go on to capture the Nobel Prize for Medicine in 2010 for IVF. Back in 1962, I would go on to become a Rhodes Scholar.

Wow, that’s one of the most prestigious honors in the world. Why did you choose IVF?

Because my professor told me he thought it might be a good idea. When I came back to the States in 1962, I became an associate professor at Sam Houston State University, and quickly rose to the rank of Dean of Science. 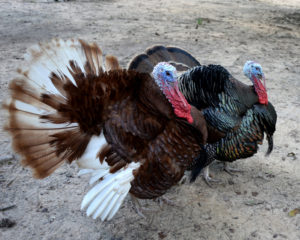 I saw all of the social transitions of 1960s America and the growth of Sam Houston State University becoming a major institution of higher learning. During my time, I helped to bring in more funds and the number of instructors with PhDs went from 50 percent to over 90 percent. I remained the Dean of Science for 15 years until 1979 during a golden age in the history of the department. We researched everything. We had so much money for research, we almost didn’t know what to do. Before everything was said and done, we brought in well over $35 million for research and sustained development of not only my department, which was becoming the envy of the university, but other schools were able to partake of the bounty in a research boom as well. I could not quit. I was able to establish an international scholarship fund in honor of my father, Clarence Wilson, as well. I continued to try to serve my community by sponsoring local science fairs and expanding these fairs to include similar events in Belize and Mexico.

Along the way, you have forced us as a society to be honest with ourselves by challenging our commitment to math and science in the public school system. 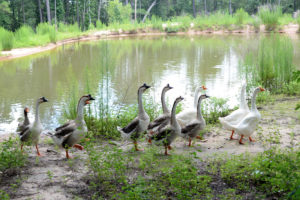 Many times I would use my own home and my own resources to host dozens of students from Alaska to Antigua, from Indiana to Japan, and from Mexico to Turkey. Many were from disadvantaged backgrounds, and I tried to help them and encourage them to outstanding academic careers. In 2004, I was awarded the Pinnacle Award as an outstanding advocate of international students. After more than forty-four years with the university, I was awarded Emeritus status.

Please explain to us what that means.

It’s from the Latin root emeriti, which means to have earned one’s discharge through a wealth of service. 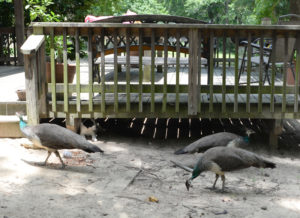 I suffered a stroke that impaired my speech, but not my mind or my spirit. Today, I still have remarkable stamina and keen wit. Along the way, I have always taken good notes from all of my instructors, including legendary college basketball coach John Wooden. He taught us, “Never let what you can’t do interfere with what you can.” That was one of Coach’s sayings. He also said, “If you don’t have time to do something right, when will you have time to do it over?” From that, I learned that life is not a rehearsal.

Today, Dr. Wilson can be found at his exclusive ranch, where he raises several species of birds—including chickens, ducks, turkeys, peacocks and quail. 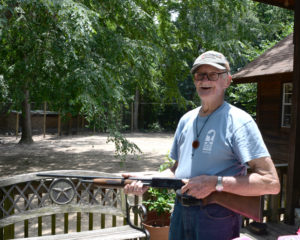 (At the time of this interview, the writer got to witness firsthand his paternal spirit. With his faithful dog Uno barking, he quickly sprang to his feet like a man 50 years younger, grabbed his shotgun, and fired a single shot to ward off a coyote lurking near his henhouse.)

Along the way, have you taken time to smell the roses in life and still keep up with current events and issues? 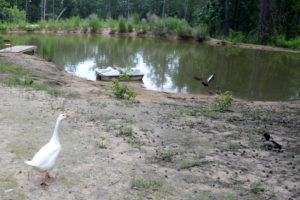 College has become too expensive, in my opinion. It forces students to become victims of predatory loans, saddling them to a future with debt. I also feel the students should use computers less. We should concentrate more on the three “R”s in school and put as much emphasis on acquiring trade skills as professional ones. The focus of education should revert to its original purpose—in other words, a profession is where one professes their faith through their occupation, and a vocation is a calling to a particular skill. In my opinion, both are worthy of each other, and both are needed, if properly understood.

Dr. Wilson, you have lived a rich life. How would you like to be remembered?

I only want to be remembered as one who wanted to help everyone I met get a chance at a better life.