Do You Know? Dick Morton

Golf and sailing coach, Caddy Master, Lt. Colonel and Air Force pilot, Ministry Leader at the Pentagon. Meet Dick Morton of Huntsville, Texas, who confidently states, “This remarkable life would never have happened if I had stayed with my original plan, a plan that was ‘all about me.’ God gave me so much more once I turned my life over to Christ.” Let’s meet this fulfilled man of many talents.

Dick, your life seems replete with purpose and meaning. Where does your story begin?

I grew up in Houston and met my future wife Ann when we were teenagers. After high school, I enrolled in Baylor University. It was 1968, and I knew that once graduated, I would become a “ground pounder” in the war in Vietnam. Having a background in sailing, I decided to join the Navy ROTC. Baylor had no Navy ROTC, so I headed to the Air Force in hopes of serving in the technology field. With a not-so-impressive GPA of 1.7, I was dissuaded from that area of service and directed instead toward taking tests to become a pilot. Their expressions gave me no confidence toward success. Well, I surprised everyone by acing those tests, and I did become an Air Force pilot. I loved flying and couldn’t believe I was getting paid to do something so exhilarating! 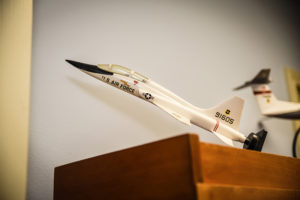 As an Air Force pilot, surely you have experiences to tell!

Yes, I was based at Norton Air Force Base in Southern California, but got to live on Balboa Island in Newport Beach with three other pilots. Nearby neighbors included Buddy Ebsen, who starred in several productions including the popular TV series The Beverly Hillbillies. Another neighbor was John Wayne. As I sailed out of the slip, I passed his converted WWII mine destroyer Wild Goose. As Air Force pilots, we were rarely home at the same time, so I usually had the house and boat to myself. Our normal route took us throughout the Pacific…Hawaii, Australia, Korea, the Philippines, Japan, and sometimes to Europe. One interesting duty I had was to transport dolphins in my C-141 from the Gulf coast area to Hawaii to be trained for military tasks. During this time of my life, I was single and living totally for self! Fast cars, fast planes, and fast ‘everything’ in all areas of life!

When did your life take a new direction? 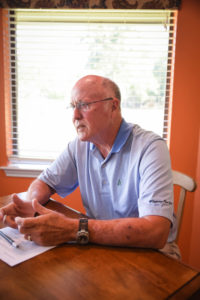 It was while stationed in southern California that I was invited to a Christian conference. I was astonished to see Marines and other servicemen shedding tears over their love for Christ. I had never seen this type of reaction to Christianity by men! They talked about having purpose and meaning in life, and I realized that my lifestyle, although glamorous, held no meaning and no lasting contentment. As Matthew 6:21 says, “For where your treasure is, there your heart will be also.” Although I was doing what everyone else said would make me “happy,” my “treasures” were bringing me no fulfillment whatsoever. I gave my life to Christ. “I don’t know what you can do with my life, Lord, but here it is. Please bring purpose and meaning to it!”

The purpose and meaning He brought to my life was by way of a slipped disc. I was injured while playing racquetball. Once back home in California for therapy, and in traction for 10 weeks, I had plenty of time to review my life. “Lord, this is not the abundant life I had in mind!” I began to think again of Ann. I told God that if He truly had my best interests at heart, He would bring Ann back into my life. I knew she had been engaged and was about to graduate from nursing school. Interestingly, I was sent to Houston for recuperation, and Ann came to visit me. She was no longer engaged and was now looking for a graduate school with a neonatal intensive care program. We fell madly in love and were married within three weeks! She entered Loma Linda University Medical Center Graduate School near our new home in California, which gave her a full scholarship and a tax-free stipend in the very program she needed. God’s planning is perfect.

Most of my friends were leaving the military to fly for the airlines. Ann and I wanted to honor God with our life and marriage and decided that staying in the Air Force was where He wanted us. After 13 years of flying, I was tired of being gone from the family on a frequent basis, so I transitioned into the technology field. Both my piloting and technology skills were valuable, and I was finally working with computers! That led me to the Pentagon. As you move up in rank, you lose control of where and when you move, and this affects the family. Our kids were now in junior high and high school so, after 4 years at the Pentagon, I left the “promotion” ladder and retired, having served 21 years in the Air Force. 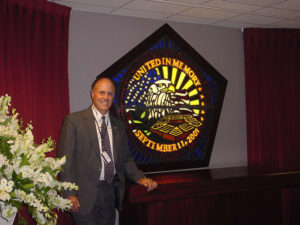 Tell us about your ministry at the Pentagon.

While working at the Pentagon, I became involved with the CRU ministry (formerly known as Campus Crusade for Christ) called Christian Embassy Washington DC. Christian Embassy brings the Christian message to government and military leaders with the thought that, if leaders are following Christ, their work, employees, and subordinates will benefit, and (as a result) the world would benefit as well. The program serves leaders in the Pentagon, Presidential appointees, Capitol Hill (Senators and Congressmen), and ambassadors in all 177 embassies based in Washington, DC. After being a part of the ministry audience, I transitioned to become a staff member in 1993. Part of my job was writing Bible studies, a responsibility that I love and continue even today. Typically, these studies are taught to ministry (lay) leaders who, in turn, teach them to their own Bible study groups each week. I also discipled flag officers (generals and admirals). And being on the leading edge of technology, I could incorporate the Internet as it came into existence and used it as an effective tool, enabling these studies to be taught at various military operational areas around the world.

Were you present at the Pentagon on 9/11? 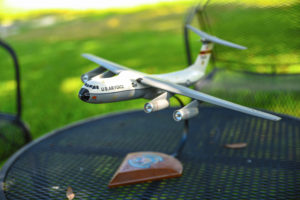 I was near the Pentagon on that fateful day. A little explanation first. I was teaching the retired Flag Officers on Tuesday morning, September 11, 2001, as reports began coming in about planes hitting the World Trade Center towers in New York City. Soon thereafter, a plane hit the Pentagon at 9:38 a.m. It was chaotic, as civilians rushed away from the crash while military members and emergency personnel rushed toward it to help. Fortunately, the area where the plane hit was undergoing renovation, with completion only a week away, so rather than the regular 4000 employees present in that area, only about 200 people were on site. VIPs were on the exact opposite side of the building. There were more than 200 casualties in the building and on the plane, excluding the terrorists. With the Chaplain’s Assistant absent, I spent the next few days directing help where it was needed. It was unnerving to walk into the Pentagon on Wednesday, because it was still on fire and soot was everywhere.

The rebuilding of this area took a year and, instead of regular office space occupying this area as before, it was decided that the Chaplain’s office would be relocated there along with a Memorial Center and a worship center. This worship center facilitates gatherings of up to 80 people, with several services each week for all faiths.

How are you currently involved in ministry?

I continue to write Bible studies for Christian Embassy’s Pentagon ministry each week, as well as teach an adult Bible study each Sunday morning at University Heights Baptist Church, and a study on Tuesday mornings at Elkins Lake for golfers and other men who may be interested. For that study, I write a Bible study that relates to articles written by Chris Rowe from his books on Golf LINKS Magazine. Chris, the Head Golf Professional at Whispering Pines Golf Club, attends each week and gives us more information about the article. 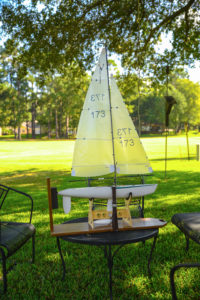 Tell us about your interest in sailing.

While growing up in Houston, I learned to sail and race at the Houston Yacht Club. While working at the Pentagon, I taught sailing at the Pentagon Sailing Club and the U.S. Naval Academy in Annapolis, Maryland. During the summers, I would take midshipmen through a six-week course that included sailing offshore to places like Long Island, New York, or Charleston, SC on a Navy 44. On another occasion, I helped a friend sail his new boat from France to Saint Lucia in the Caribbean. And, I currently teach sailing to anyone interested here in the Huntsville/Conroe area.

Are there other hobbies or interests in which you are involved?

One passion of mine is helping almost anyone with their taxes, with a special emphasis on low income people and widows. I lead a team of 10 counselors and 6 client facilitators (greeters) who do taxes for free in association with AARP Tax-Aide. We serve over six hundred people on Thursdays and Fridays from 9am–1pm February through April at University Heights Baptist Church. 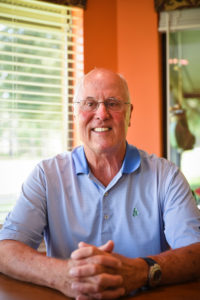 Other opportunities that I have enjoyed in the past include serving as a Caddy Master at Whispering Pines Golf Club, and coaching the Alpha Omega golf team for 3 years. I am a teacher at heart, and am always open to opportunities that God brings to me. It is God who has given me this remarkable life. By submitting to Christ and being willing to follow His leadership, my life has been enriched beyond measure. I thank Him for the purpose and meaning He has brought to my life, and for providing me a life I never would have dreamed of!