Do You Know? Debbie Charbonneau 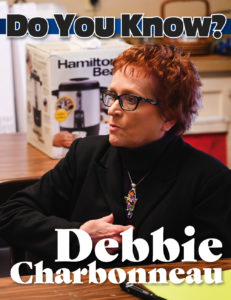 Debbie Charbonneau has made a career out of promoting downtowns. She has worked for downtowns in Salado, Georgetown, and now Huntsville. While she is new to this community, she has fit in quickly, promoting the community’s attributes, while also bringing new and intriguing events to the city’s historic downtown.

How did you get involved in downtown management?

When my husband retired from the military, we decided to move to Georgetown. I had a business—a temp agency—and the City of Georgetown was my biggest client, and I began getting involved in community affairs. From there, I made a transition to working for the Visitor Center, then I moved up to Director of the Georgetown Main Street program. I had the opportunity to go through state and national training in the 1990s, and it was wonderful. I had a fantastic mentor, Eugenia Harrell, and she helped me become a Certified Main Street Manager, and that is how I got started in the field. 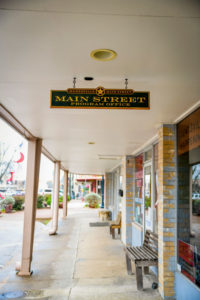 For those who aren’t aware of Main Street, tell us more about it.

The Texas Main Street Program was founded by Anice Read, who was passionate about the state’s history and the ways that downtowns have contributed to that history. The program was formed in 1981 and operates under the Texas Historical Commission. There are 89 full-time Main Street Cities in Texas, making it one of the largest state programs in the country. The vision of the program is to improve the economic vitality and aesthetic appearance of our state’s downtown areas. The Main Street Program’s mission is to provide technical expertise, education, resources, and support to Main Street Communities. We follow what we call the four point approach: organization, promotion, design, and economic vitality. I think such a mission and approach help make communities stronger, more beautiful, and more livable. 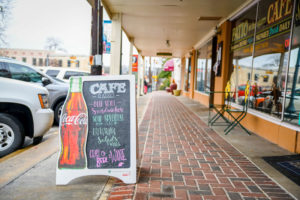 You have worked for Main Street Programs or downtowns in Salado, Georgetown, and in Huntsville. What are some of the key differences and similarities of these cities?

Georgetown has a true commitment to their Main Street Program, and its downtown area had much to offer. While I was there, we started the City’s “Red Poppy Festival” that has continued to be a success, continuing for more than 18 years now.

Salado didn’t have a Main Street Program, but I was hired as their tourism director. I was responsible for the Visitors Center, for marketing, and other forms of community development. But I was interested in coming back to a Main Street City, and Huntsville has given me that chance! I have never lived in east Texas, but I absolutely love it here. It is a very giving and loving community. 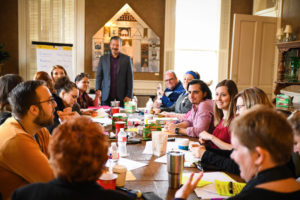 You are President of the Texas Downtown Association. Tell us more about the organization and your role.

I’ve been lucky. I was taught to volunteer and give back, and that has led to service opportunities. I served on the Texas Association of Convention and Visitor Bureaus, the Texas Travel Industry Board of Directors, and I’ve also always been involved with the Texas Downtown Association, either as a member, on a committee, or on the board. It’s an organization committed to downtown revitalization; its board is full of hard-working members, and I have the honor of being president this year. 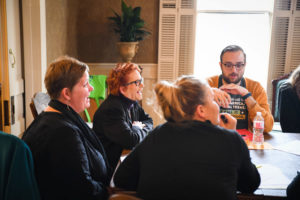 As President of the Texas Downtown Association, you decide where to hold the meetings, and you chose Huntsville to kick off 2018. Tell us about that.

We just held those meetings January 25 and 26. The board members came from all over Texas, and we also had the Executive Director of the Texas Downtown Association, and two ex-officio members from the Texas Historical Commission. They have been to the Wynne Home before, and they loved it, just as they did this year. We were able to work on our five-year plan, while also exposing them to the city. They are impressed with Huntsville’s potential, beauty, and (of course) its history.

What are some of the best things about being a Main Street Manager?

The best thing is the opportunity to work with downtown property owners and business owners. I walk the downtown every day, talking to people from the community, discussing things with business owners, or visiting with tourists. Huntsville has a great group of business owners. They work hard, and they smile while working. I’ve asked many of them to serve on the planning committees for events next year, and working with them is a great reward of the job.

What are the biggest challenges?

Difficult economic times. All economies have ups and downs, and that makes it difficult for small businesses. That’s part of what Main Street tries to do—help them get past the tough times, through marketing. We try to showcase a local business every day on our Facebook page (www.facebook.com/COHmainstreet). We want them to succeed—and their success contributes to the community’s success. 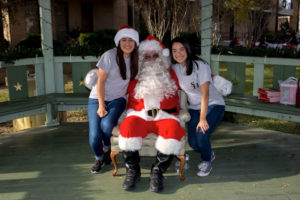 You put on many events throughout the year. What are some of your annual events?

We have a Downtown Farmers Market, Scare on the Square, Huntsville for the Holidays, and we assist with the Chamber’s Fair on the Square—and many others! We are always looking for ways to promote the community and the downtown. 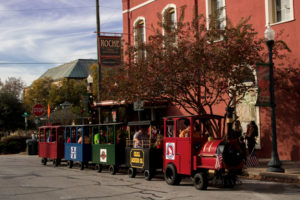 Tell us about one of your favorite events from last year.

The event I’m most proud of is the “Shop Small, Shop Local.” Doris Collins, who owns Fabric Carousel, helped me get it started. It’s typically done the weekend after Thanksgiving. Last year, we held a promotion in which, anytime you spent $20, you were entered into a drawing to win $1,000. Based on the sales, we were able to distribute 2,248 tickets to shoppers in one month—that’s an impact of more than $44,960! The winner was Sally Smith, who won her ticket at the Sam Houston Antique Mall. The best thing about it is that, when she won, she said, “I’m going to spend my prize in Huntsville’s downtown!” So that’s downtown money going back into downtown. 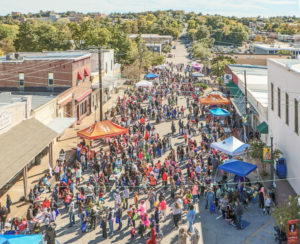 What Main Street events do Huntsville residents have to look forward to in 2018?

One of the big events we are working on is the “Bacon and Brew Fest,” which will be held March 24, 2018. Leading up to the event, we will have various selfie stations set up in downtown shops, and people who post their selfies on social media will be eligible to win a pig-themed basket! SHSU’s Priority One is assisting with this event, and we think it will be fun for the entire community! 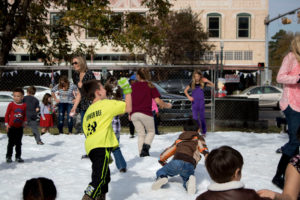 What’s one thing about the Huntsville downtown that people might be surprised to know?

The Huntsville downtown is home to approximately 100 businesses, and one of those businesses, The Gibbs Brothers, is the longest operating business in Texas in the same location and owned by the same family.