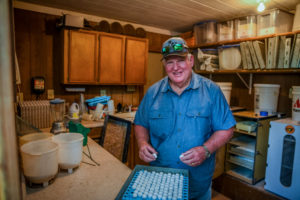 Community, family, and integrity make the Tu-Mile Sportsmen’s Association unique amid a sea of organizations. The roots of the association began in the 1970s by a small group of quail hunters in the Tu-Mile community. Membership calls for placing the highest value on family, community, and a love for the outdoors. The association is especially involved in bringing awareness to youth about the outdoors and responsible hunting. A respect for the outdoors is essential, followed by a desire to contribute toward the betterment of the community. Since becoming independent, the first banquet held last year enjoyed a great turnout. The community showed their support of the initiative this group took to venture off on their own to set their own financial and activity agenda. The banquet is the biggest event for them all year, held at the Walker County Fairgrounds in August.

What sets this organization apart is their unique way of giving back to nature. Corley Ranch, owned by board member Dr. Jody Crawford, is where the group raises and releases quail back into the wild to reinstate the population and help prevent low numbers due to inadequate environment. The quail are raised in surrogators to remain wild and retain their natural instincts to survive in the wild. This is a distinctive feature of the group, with respect for wildlife molding the very core of the association. “Everyone who is a part of this is in it for the right reasons,” Dr. Jody Crawford says. “Our purpose is to unite the surrounding communities.” 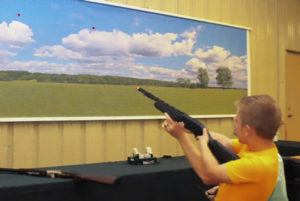 When did this organization begin, and where have they come since then?

This group actually formed back in the 1970s in a little town out of Leona called Tu-Mile, a little bitty town. This group of men liked to quail hunt, and after a couple of years, joined the National Quails Unlimited Organization, and was actually the first chapter in the state of Texas.

When did you first become a member, and what do you do for the organization?

In the 1980s. I do the table sales for the banquet, and then I handle the youth gun initiative. My major thrust is the table stuff—people will buy a table of either 6 or 8, and we’re expecting about 60 tables this year, so probably 450-500 people. When it first started, it was a multi-county type thing. It was Leon, Houston, Grimes, Madison, Trinity, and Walker County. Through the years, it started growing, and there was no place big enough to have the banquet except the Walker County Fairgrounds. 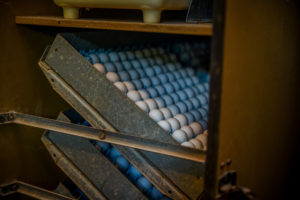 How did the group go off on their own?

The Texas Quail Coalition was formed, and they promised us they would do research on bringing quail back to East Texas and there would be benefits for the members, but all that never happened. The members were being billed for a magazine and were losing $3 a person. We couldn’t come to an agreement, so we decided that we’ve been doing this for 46 years, we know what we’re doing, we’ve got money in the bank, so we became totally independent. We’re not affiliated with any national group, so every penny we raise, we can spend right here in these counties. It’s pretty neat, what we’ve experienced and what we’ve done to get here. Our goal is to enhance the lives of all our members by providing an environment that allows us to appreciate our land, our water, and our wildlife to the fullest extent. 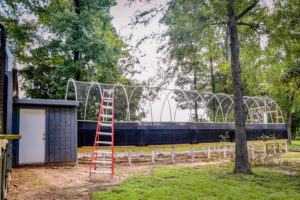 What requires the most attention from the group in regards to time and effort?

We used to be mainly focused on quail, and now we’re focused on everything that people do in the wildlife area. So what we’re trying to do is become a multi-county group. This past year we donated $30,000 and gave each county’s 4H outdoor activities $6,000. 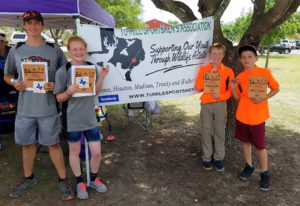 What are some future plans for the association?

We’re giving five $1,000 scholarships to graduating high school seniors, and we’re hoping to have one in each county.

Tell me about what the Tu-Mile Sportsmen’s Association does with quail and why they are so important. 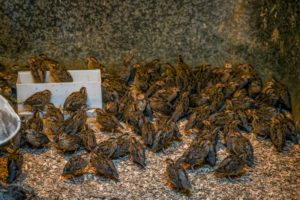 We’ve been doing this deal with quail for years. I hatch them and get them ready here. There’s a coal mine in Jewett, Texas. They mine coal, then reclaim the land. When they reclaimed the land, they planted it back in native grasses, which are what quail need to survive. We’ve been working with them for about 8 or 9 years. I hatch about 1200-1500 quail for them a year. We do about 8,000 quail a year. The thing with quail is they become humanized and lose their wild instincts, so we put them in this box called a surrogator. This method can help re-establish quail on your land. Have you ever heard a quail? They call each other. (He imitates the whistle.) It’s really neat. I’ve had several people ask me, ‘Why do you do all this stuff?’ I say, ‘Have you ever heard one whistle? Until you hear one whistle you won’t understand.’

What else does the group do? 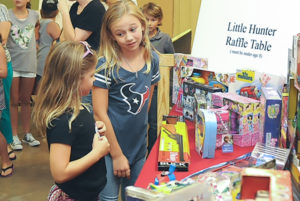 If the members are planting food plots, we will match up to $50 for seed. We’d like to expand that, but we don’t know how many people would utilize it, so then we’d have to set a certain budget for it. It’s supporting agriculture and putting food plots all over these counties, and all wildlife benefit from food plots.

Our banquet has changed over the years. It used to be a “man’s thing,” and now it’s a family thing, and we really emphasize that.

This group is one of the neatest I’ve ever worked with. They really believe in what they’re doing. They love the outdoors, they love wildlife, and we all realize that if we don’t get kids involved and teach them, they might never be exposed for the rest of their life. Lots of kids from the city don’t ever have the chance to. Madisonville used the money we donated to the school to have a field day where kids shot archery, kayaked, all kinds of stuff. 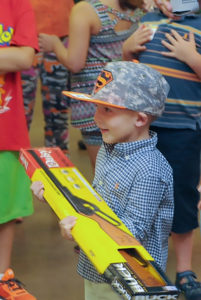 Tell me about the banquet.

Well, with the banquet, kids under age eight are free. We have a special table for those kids with gifts on it, and every kid gets something. They’re gonna get something by the end of the banquet. Kids 8-17, this year we’re going to give away 10 shotguns. When they come in, we give them a hat with a number on it. When it comes time, we draw those numbers, and if theirs gets drawn, they win a shotgun. Over the years, we’ve probably given away 30+ shotguns to kids. We actually give the kids a credit card to Able Ammo, and they can go pick the gun they want that fits them. Anybody can come to the banquet. An individual ticket is $65, a couple is $120. Kids 8-18 are $25, and kids under 8 are free.

In the near future, the Tu-Mile Sportsmen’s Association has some plans up their sleeve to increase community involvement and raise awareness about the organization. Some future activities will be a sporting clay tournament for members, a sporting clay or skeet tournament for the youth of all the counties, and a fishing tournament for members. The association vows that every penny raised will be returned back to the members of the youth of the community. If interested in becoming a potential member or to get involved, mark your calendar for the banquet on August 18. They encourage you to bring the whole family, as there will be events for everyone, gun giveaways, raffles, and more. Volunteer opportunities are available with tasks such as assisting with the banquet or helping with the quail. To keep up with banquet information and group events, “like” the Tu-Mile Sportsmen’s Association Facebook page (tumilesportsmen) or visit their website (www.tumilesportsmen.com).