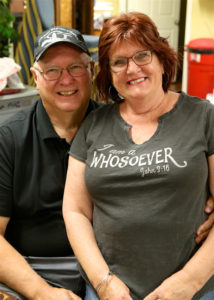 A crisis is defined as “a difficult or dangerous situation that needs serious attention.” It can be manifested in many ways, including the loss of a job or a natural disaster, and referred to with words such as “painful,” “crushing,” or “stressful.” Add one word…Closet…and now you have a name, The Crisis Closet, a ministry that brings help and hope to many Walker County families and is characterized by words such as “comforting,” “supportive” and “reassuring.”

The Crisis Closet is a ministry which began as a labor of love by Leila Morrison in the late 1980s and has grown to provide food and clothing on a weekly basis to families in Riverside and surrounding areas in Walker County. True to its name, Morrison began this ministry from the confines of a closet in the old sanctuary building of the Riverside Baptist Church. 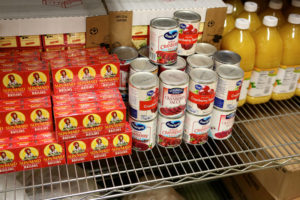 “Leila had a heart for helping people,” recalls Pastor Jim Newton of Riverside Baptist Church. “She would hound grocery stores for donations of food or find the best buys she could. She didn’t mind asking for things and was the kind of person you couldn’t say ‘no’ to!” Soon after the ministry began, the church became involved by budgeting money to help it grow, and more and more families were helped. Before long, the closet was filled to the brim with food and clothing, and The Crisis Closet was moved out of its humble beginnings to a much larger space, the old Fitzgerald House. After about two years Mrs. Morrison turned the reigns over to Mrs. Patsy Null, who was assisted by Ruby Placker and Dot McGraw. As Patsy took over, she led the ministry to expand by finding federal grant money and becoming associated with the Houston Food Bank. At this time, the ministry was moved into the old RBC sanctuary building, which had been vacated when the new sanctuary was built. 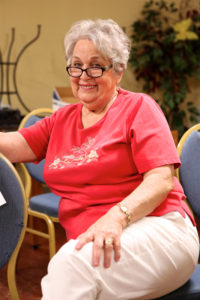 Under this new leadership and in its new location, The Crisis Closet continued to grow. Due to some health issues with Patsy’s husband, she gradually stepped out of the leadership role and left the ministry in the capable hands of co-directors Amy Hanna and Sandra Ringo. What had been a closet was now the whole old sanctuary and three old classrooms that were filled with groceries and clothing. Word spread, and The Crisis Closet, which was once operated by two ladies, was now a team of eight to ten men and women taking care of so many more than ever before. “And growth translates into more help for more families, which is the sole purpose of this ministry,” states Sandra Ringo, current Co-Director of the ministry.

The most recent move, about 5 years ago, was to a newly constructed building designed exclusively for this ministry. “It was an exciting time as we watched God provide for our ministry needs,” Ringo cheerfully recalls. “And God’s timing was perfect as it always is,” recounts Pastor Jim. “At the time of construction, concrete had taken a huge price drop, which helped us get an excellent price for the foundation. 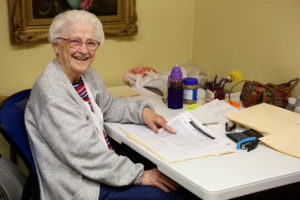 Additionally, we had the help of the Texas Baptist Men, a group of volunteers who give their time and expertise to various mission needs, in erecting the new 3,800 square foot building. And, believe it or not, an inmate from the Walker County Jail supervised the installment of our metal roof. God provides in most interesting and unexpected ways to accomplish His work!” 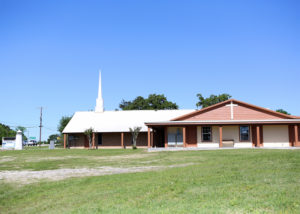 Several churches and groups help serve in The Crisis Closet ministry, including Riverside United Methodist Church, Faith Baptist Church, Country Campus Baptist Church, and Covenant Church in Huntsville, as well as others. Help is offered in numerous ways, which include unloading the truck from the Houston Food Bank, supplying and organizing food items, working with the recipients on Fridays, and giving financially. All of the work is done by a wonderful host of selfless volunteers. “We have people who have worked this ministry for years and refer to it as the highlight of their week,” states Sandra. “They live for Fridays!” 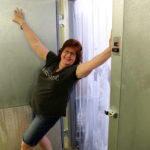 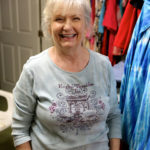 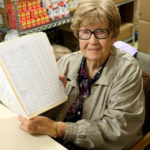 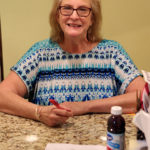 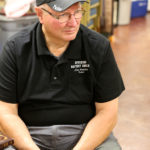 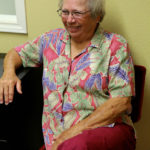 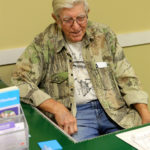 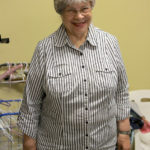 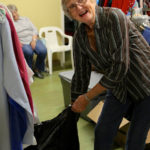