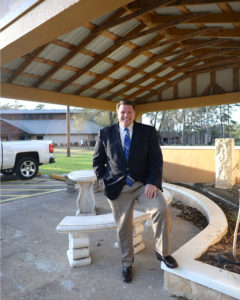 Classes have ended on a brilliant winter day, and uniformed students walk toward their dormitories. In addition to attending classes in history, math and English, these students spent five or more hours today studying vocations, such as building construction, auto technology, and culinary arts. Tucked away on a 57-acre campus in the Sam Houston National Forest, this school is the only one of its kind in Texas.

Gulf Coast Trades Center (GCTC), now in its 45th year, provides a second chance for teenage boys who need direction, counseling, and job training in order to become productive adults. Students who come to GCTC are either offenders in the Texas Juvenile Justice Department (TJJD), parole violators from counties all across Texas, or are a part of the Child Protective Services (CPS) system. The students—all boys—are mostly between the ages of 15 and 18, and are enrolled at GCTC for an average of seven to nine months. 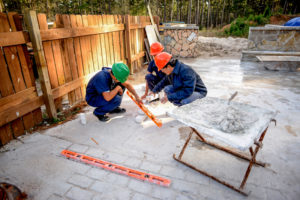 There are currently just over 100 students at the center. Some come from the 13 Gulf Coast counties, while others come from as far away as Lubbock and El Paso to be a part of GCTC and to attend the Raven School, a TEA-accredited charter high school with an emphasis on vocational education. It is also accredited as a career school by the Texas Workforce Commission. 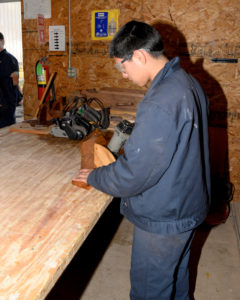 “For whatever reason, they were not successful in the public schools,” says Dr. Dale Underwood, the executive director and superintendent, who has a background in church youth ministry and public school administration. When he first joined the staff of GCTC seven years ago, he was the principal of the Raven School. “They have been through all kinds of hell,” he says. “They are the forgotten.”

Underwood, however, has high hopes for his students. “We believe in their resiliency,” he says. “If we can’t teach them anything else, we teach them that this is point A. Point B is where you want to be. How do we help you along that path? We give them direction. These kids simply lack direction.” 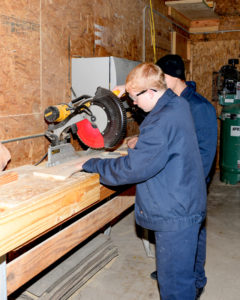 When students arrive at GCTC, they are often unmotivated, especially those who have come via CPS. “Every child wants to be at home with his family, no matter how toxic it is,” Underwood says. “Their lives may have been threatened, but they still want to be home.” The situation is worse for those who have been in multiple foster homes. One former student had been in foster care since he was two years old. By the time he arrived at GCTC, he had been placed in 85 homes. In such situations, Underwood says, students typically have had little or no positive interaction with adults in the past, and do not trust them.

“They have been in a system that is so broken,” he says. “They have been in an uphill battle for their lives. By the time they come to this placement, there is nothing anyone can say that they will believe.” In such cases, the GCTC staff strives to set an unimpeachable example. “Watch my actions over time,” he says. “See what I say is true. Where do you want to be? I think this can help you get there.”

After a week-long orientation, new students begin classes. Sometimes, a week of orientation is all it takes for a student to realize that he has been given a rare opportunity. 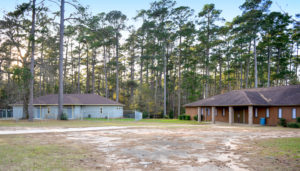 “Once they realize the benefits of the program, they buy into it,” says Emily Mendoza, who teaches English classes. “They take ownership of the program.”

Hope for the future

Underwood was thrilled when a former student recently stopped by his office. Five years ago, the student learned a marketable trade at GCTC. “He is married and has kids. He is working in the trade he learned here,” Underwood says. “He wanted to say hi to his professors.”

“I was getting in trouble with the police,” says another former student. “I dropped out of school in the sixth grade.” GCTC, however, gave him hope: “They gave me another chance to turn my life around. They gave me a lot of great opportunities.”

Students at GCTC, Underwood says, are survivors. “Survivors do things to survive that other people might not do. They might lie, steal, or cheat. But they see that there’s a possibility of success out there.” 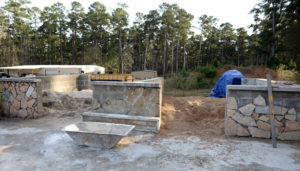 During a student’s week-long orientation, staff members administer academic diagnostic tests so students are placed in appropriate classes. Some students will get high school diplomas from the Raven School; others will obtain equivalency diplomas through general educational development (GED). Students also earn vocational certifications, which make it easier for them to find jobs when they leave; some take driver’s education and get drivers licenses for the first time.

“In all these different ways, we help them to be career ready and employable,” Underwood says. Studies show, he says, that recidivism improves drastically if a former student is employed for just 30 days. A 13-year study showed that 4 to 20 percent of former students of GCTC will reoffend. Statewide recidivism, he says, is 46 to 48 percent. 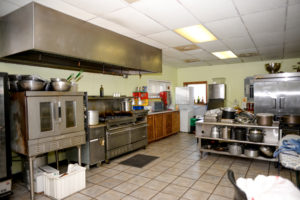 Some students attend college or advanced vocational school after attending GCTC, but most enter the workforce with help from job placement counselors who line up job interviews for them. “They don’t leave here with job applications; they leave here with job interviews,” Underwood says. Former GCTC students have landed jobs throughout the local area and beyond. For example, Clarence Shaw, the school’s culinary arts teacher, reports that his students have worked at Incredible Pizza in Conroe, The Cheesecake Factory in The Woodlands and McKenzie’s Barbeque in Huntsville. Depending on the students’ job skills, as many as 90 percent of GCTC students land jobs, Underwood says.

To help students even more, Underwood has been developing “apprenticeship conduits” for the past few years. As a result, former GCTC students are working as journeymen in such fields as plumbing, iron works, and pipefitting. After one to two years as an apprentice, Underwood says, earning power is substantial.

“GCTC has been here for 45 years, and 28,500-plus kids have come through these doors. That means now there are people retiring that have not reoffended. But the bigger picture is what we are doing is benefiting the entire state of Texas. Now you have a population over decades of people who haven’t gone to prison, who have not offended, who have not been a drain on society.”

A Day at GCTC 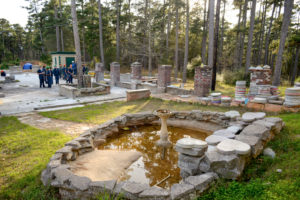 Students at GCTC are allowed to voice their first three choices for vocational classes, which include building trades, auto technology, business information management, horticulture, and culinary arts. Although students spend most of their school days in vocational classes, they also take traditional academic classes. Teacher-to-student ratios are often as low as one-on-one, with an emphasis on helping students graduate or pass the GED exam. Classes are self-paced.

“We are tutoring them like crazy,” Underwood says. Approximately 40 percent of students will leave GCTC with a GED; 5 to 10 percent will earn high school diplomas. “It depends on what they bring with them,” he says. Graduations are held at GCTC’s Family Life Center once or twice a year. Every time, Underwood says, there are students who say, “I’m the first person in my family to graduate from high school.”

While learning job skills at GCTC, students get on-the-job experience. For example, students in the school’s culinary arts program often cater events. In addition, students in varied building construction programs have built houses “from the ground up” in New Waverly, Willis, and Navasota, Underwood says, and will soon start the construction of homes in Montgomery. Although some tasks are done by professional sub-contractors, the students do the majority of the construction work. Students also work on service projects (such as building new porch steps for an elderly man’s home) and even enter competitions. Several years ago, a culinary arts team took second place at a competition in Houston for its avocado burger.

GCTC trains more than the mind; it also addresses body and spirit. Students get a healthy dose of recreation at GCTC. A swimming pool is in use most of the year, and the school has its own football practice field. It has competitive track and basketball teams, and there are hopes for a future baseball team. Counseling is also available for students, and individual needs—such as substance abuse counseling and anger management—are met.

Because GCTC is a closely-supervised boarding school, the center’s staff of 160 full-time employees handle a mind-boggling array of duties, including meal preparation, laundry, and medical care. “It’s a small community,” Underwood says.

Many staff members believe so strongly in the mission of GCTC, they have worked there for 20 or more years. “It’s the coolest thing to see so many people working with these kids. It impresses me to no end that there are people out here doing this,” Underwood says. “This is worth getting out of bed for.”

For more information about GCTC, visit its website (gctc.us). GCTC is a 501(c)(3) organization and welcomes donations to further the mission of the center.