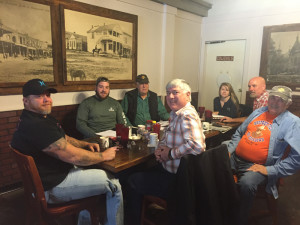 Friends of Fred meeting at Café Texan on a Friday morning

On any given Friday morning, you can walk into the Café Texan and be welcomed by the most genuine, good–hearted group of men in Huntsville, Texas.  This group goes by the name Friends of Fred.  Their stories will have you laughing, crying, and living your life through their words.  Their purpose is to fulfill the wishes of a dear friend, but they will influence a community along the way. 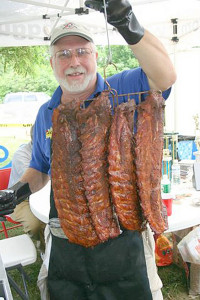 Questions arose as to who is this character “Shotgun Fred” and why is this BBQ cook-off taking place here in Huntsville?

A couple of old friends of Shotgun Fred, Shelby Ralston and Ben Pruitt, live in Huntsville and have the answer to this question.

Frederick Pirkle was born in San Antonio on February 17, 1947, the second child of Charles Earl Pirkle and Zutella Bones Pirkle.  Fred grew up on the south side of San Antonio.  Fred was known as “Little Freddy” to all his family in his early years.  As a young kid growing up, life was tough.  His father was a sign painter by trade, while his mother was a stay-at-home mom. 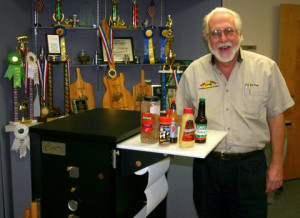 As a child, things to play with were hard to come by.  His desire to have a bicycle was satisfied when a neighbor gave him one.  The only problem was it needed to be repaired.  This project was completed thanks to another neighbor who lived across the street.  Mr. Pickett took Fred “under his wings,” and instead of doing the work himself, he made Fred do all the repairs while he instructed him.  Mr. Pickett was one of two neighborhood persons who had a major impact on his early days growing up.

The other gentleman was Mr. Matthews, who inspired Fred to get an education by providing him materials and instruction on how to make things.  Fred told how Mr. Matthews provided him the necessary materials to make a classroom project while in school.  Fred’s project was a small working model of an “iron lung”.  Iron lungs were used in the 1950’s as a breathing aid for polio victims.

Along with encouragement, Matthews provided some financial assistance to Fred while he got a college education.  Later, after Fred got into business and it became successful, he went back to Mr. Matthews to pay him back for his assistance.  Matthews refused to take the money and told Fred to help some other young person get an education.  Matthews (who is still alive and attended the memorial service held at SHSU in May 2012 after Fred passed away) got to see what Fred committed to many young folks who will now walk on the campus where he once walked.  What a great investment Mr. Mathews made! Before Fred passed away, he committed $25 million to SHSU. 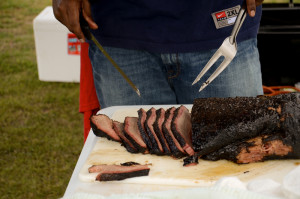 One of his last wishes was to ask his old friends to have a KCBS (Kansas City BBQ Society) sanctioned BBQ Cook Off to take place in Huntsville each year to supplement his scholarship funds.  The goal of the group is to establish a BBQ Cook Off that would make their old friend Fred proud. The group is working closely with Carolyn Wells (co-founder of KCBS and a good friend of Fred) to make it happen.

BBQ cooking was a large part of Fred’s life as a child, while attending SHSU, and at work.  Later, when he was manufacturing control valves, he created BBQ Guru temperature control systems to maintain desired temperatures while cooking BBQ. 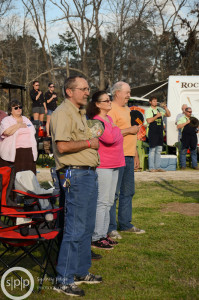 Fred’s first experience and instruction in BBQ cooking was from his grandfather.  Fred told us how his grandfather would take two large, clay flowerpots and put the coals in the bottom of one of them.  Then he had a grill grate he put in next.  His grandfather would put the meat on the grate.  Then used the second clay pot as a lid to contain the heat while the meat cooked.  The hole in the clay pot served as a vent to allow smoke out and the coals to stay burning. 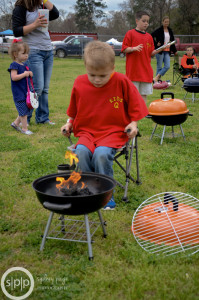 Fred loved the outdoor activities of fishing, hunting, and being with his friends. The name “Shotgun Fred” first came when, as a small child, he would ride with his Mom as she drove into downtown San Antonio.  They would pass by a store named Lightfoot’s Hardware.  Over the entrance hung a large replica of a single barrel shotgun.  The barrel was painted black, and the stock was painted white.  When “Little Freddy” would see the shotgun, he would always start crying to his Mom, “I want the shotgun, I want the shotgun!”

Fred graduated from Harlandale High School (1964), San Antonio Junior College (1966), then had a couple of years work experience in an auto dealership in Dallas.   Fred realized he wanted more out of life than what he was doing to make a living,  so he began to look for a college he could attend that would give him the knowledge he needed to reach his goals. 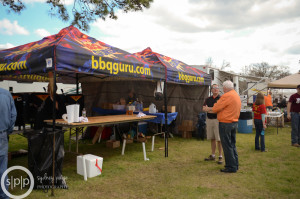 While searching, Fred made a trip to Huntsville to take a look at Sam Houston State University.  Fred found a friendly, neat small town.  He fell in love with the trees, the national forest, and the lakes.  The national forest and the lakes could provide him something to eat if he got hungry.  Fred admitted to his old friends that, when he drove down University Avenue, the large banner hanging over the street that said “Welcome Cheerleaders–Sam Houston Cheerleading Camp” put the icing on the cake:  “What more can you ask for than a lot of pretty girls?”  All of the elements above, along with the curriculum he chose to study, led to Fred enrolling at SHSU.

After graduating with bachelor’s and master’s degrees, Fred taught industrial arts classes at Jersey Village for two years.  He left the education field to become a salesperson for a Houston company selling liner materials for chemical containers.  When the company was bought out by a larger company, Fred was transferred to Pennsylvania to work with Ogontz Controls.  He worked there for a few years, then left to start his own business. 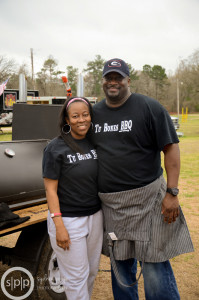 Fred’s first business venture was in a “piggery” that was converted to a cottage.  His first manufacturing space was a 7 X 11 foot loft area over a hall, closet, and bathroom made during the conversion of the structure years before.  Fred’s first pieces of equipment were a metal lathe, a vertical milling machine, and a drill press.  Fred made custom prototypes of items for various companies.  Then he began to create a new temperature control value for use in large engines such as those used on locomotives.

Thus, began his creation of Therm Omega Tech and later an additional manufacturing unit named BBQ Guru.  The BBQ Guru product line was created from his love of BBQ cooking.

Fred became world-recognized for his manufacturing of temperature control valves, for his BBQ products, and his skills at BBQ cooking. 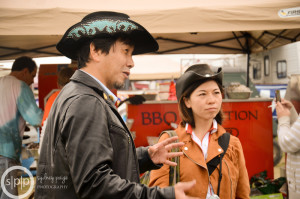 Sadly, Fred had a stroke in 2009. As he continued to deal with its effects, he developed ALS in the early spring of 2011.  Given the prognosis of a shortened life, he began to plan.

Fred realized his success came from the years he spent at SHSU getting his BA and MA in Industrial Arts (later known as Industrial Technology) and from his professors, who taught him the skills and knowledge that provided the tools to make it happen.

Fred made a decision that would forever impact SHSU, the City of Huntsville, Walker County, and the State of Texas when he committed to create the Fred Pirkle Endowment of 25 Million dollars with SHSU a few months before he passed away.   Fred’s endowment, when fully funded, will provide approximately 80 SHSU students per year a scholarship for books and tuition to study in the new department of Engineering Technology.  This is a fulfillment of Fred’s wishes that our new generations will also have opportunities, skills, and technical knowledge to make the world a better place. 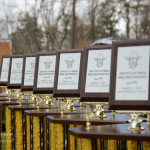 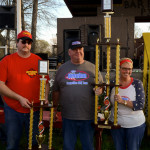 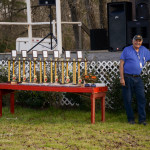 One of Fred’s last wishes is now being carried out by some old Friends of Fred, along with new Friends of Fred who appreciate the impact this man had on those around him.  A KCBS sanctioned BBQ Cook Off will take place in Huntsville each year to raise additional funds to enhance the opportunities for more students to receive scholarships.

The First Annual Shotgun Fred BBQ Showdown took place at the Walker County Fair Grounds on February 27th and 28th with the final judging and awards taking place on March 1, 2014.  At this cook off, nationally-recognized cooking teams competed from New Jersey, Pennsylvania, Oklahoma, Louisiana, and from all over Texas.

The 2014 event also welcomed special quests from Japan, including Tamo.  Tamo is a TV celebrity teaching BBQ to the people of Japan; he also created the Japanese BBQ Society.

Come visit everyone at The Shotgun Fred BBQ Showdown, support the endowment, and honor the memory of a man who paid it forward and made it all possible. The Friends of Fred website is also a good place to find out more information.