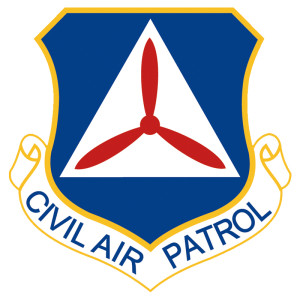 On December 1, 1941, under titles 10 and 36 of the United States Code, the Congress of the United States issued a federal charter outlining the mission, authority, and activities of the Civil Air Patrol (or CAP, for short). At the time, no one knew the tragic events that would begin on December 7th with the Japanese bombing of Pearl Harbor, which plunged America into four years of armed conflict.

Unknown to many, the Civil Air Patrol during World War II was an effective way to take advantage of America’s civilian aviation resources to aid the war effort. This organization conducted patrols of United States borders, anti-submarine patrols, and courier services. It was reported that the Civil Air Patrol helped to sink two enemy U-boats. By the war’s end, 64 brave members of the Civil Air Patrol gave their lives in the defense of this nation. After the war, a grateful nation understood that Civil Air Patrol could continue providing valuable services to both local and national agencies. 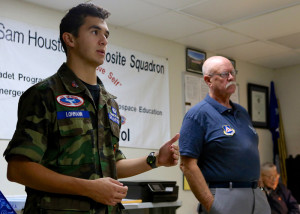 Today, as an official auxiliary of the United States Air Force, young men and women carry on this tradition at the Bruce Brothers Regional Airport in Huntsville, Texas as part of the 42177th Sam Houston Composite Squadron of the Civil Air Patrol, whose motto is “Service Above Self.” Under the command and mentorship of Commander Ambrose Krouse, the Civil Air Patrol program focuses on three main areas: Emergency Services, Aerospace Education, and Cadet Programs. 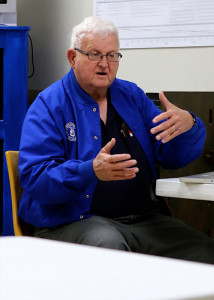 “It’s not all about flying,” said Ken Farris, former unit commander and Air Force fighter pilot. “Flying is a very important aspect, but older members like myself help civic-minded youth serve our community through learning to volunteer in the cadet program. They must meet military standards of dress and appearance and also have the privilege of wearing the uniform of the United States Air Force.” 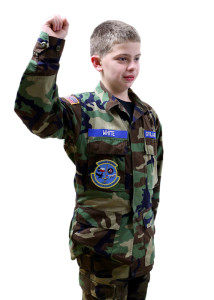 As an auxiliary of the Air Force, the Civil Air Patrol offers many other opportunities that many may never otherwise experience through the unique use of aviation in its cadet program. The Huntsville Chapter offers youth from the age of 12 through 21 the opportunity to progress in areas such as leadership training, moral character development, and physical fitness. Cadets will have the chance to take part in competing for academic scholarships in exciting fields such as science, meteorology, aircraft mechanics, aerospace medicine, and engineering. A Civil Air Patrol Cadet can also earn officer status that translates into higher enlisted rank if he or she decides to enter any branch of the armed services.

Cadets may learn survival training or astronomy and, in some instances, flight training as well. Every year, the cadets may participate in special activities at the state/regional level as well as the national level, with many assisting at national air shows around the country. As an extension of its World War II roots, the Huntsville chapter of the Civil Air Patrol also offers operational missions in emergency services. 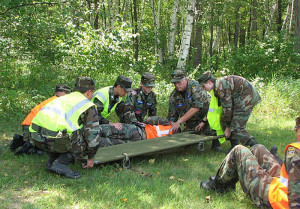 Many may not know search and rescue is a major part of the mission of the Civil Air Patrol. It is estimated the Civil Air Patrol performs more than 85 percent of all federal inland search and rescue missions directed by the United States Air Force. Huntsville’s 42177th Sam Houston Composite Squadron trains for disaster relief operations. These operations work with larger Civil Air Units to help provide air and/or ground transportation of disaster and relief officials to special needed locations, as well as offer leadership and assistance to local and state relief organizations. The 42177th has a longstanding agreement with government and humanitarian relief agencies such as the Federal Emergency Management Agency, the American Red Cross, the Federal Aviation Administration, the National Transportation Safety Board, and the United States Coast Guard. If called upon, the local Huntsville chapter may assist in aiding the Red Cross in transporting highly sensitive blood product or tissues, if other means are not available. 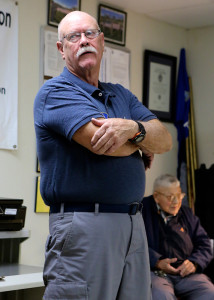 It comes as no surprise that, as the auxiliary of the Air Force, training is also provided in communications. These communications efforts work to support training for search and rescue exercises that provide realistic mission support.

Aerospace education helps focus on Civil Air Patrol members as well as the public in general. “We teach the value of teamwork in the constructing of model aircraft,” said Farris. “Our young people get the chance to fly these small aircraft through radio remote control. They also learn by the use of flying rockets and seeing science, technology, and engineering at work firsthand.” Members learn to truly appreciate the value of aerospace matters through the application of knowledge gained through hands-on experience. One of the requirements for advancement is that members must be a part of this vital educational component. 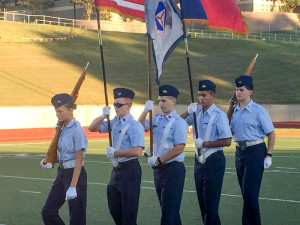 The unit works to provide materials that reflect the nation’s best standards. Aerospace education is divided into two parts—internal and external. The internal aerospace education program has two parts as well—cadet and senior. Cadets complete aerospace education as one of the requirements to progress through the achievement levels of the cadet program. Senior members have a responsibility to become knowledgeable of aerospace issues and to further encourage and share information and knowledge.