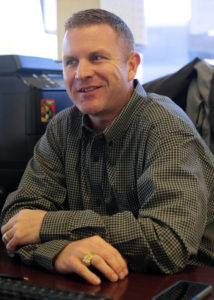 In 1994, Ryan Gimpel was a junior criminal justice major at Sam Houston State University and, like many college students, he needed money. Ryan had washed cars for a car dealership in Spring when he was in high school, so he applied at every car dealership in Huntsville. Team Dodge (then Huntsville Chrysler) offered him a job.

Before long, Ryan had moved from the car-washing bay into a job in inventory; by the time he graduated from SHSU with a degree in criminal justice, he was selling cars. Deciding to forego a career with the Border Patrol in El Paso, Ryan stayed at the car dealership. “I have always loved cars, especially new cars,” he says.

Ryan, now the sales manager at Team Dodge, has seen some changes at the dealership since 1994. Most noticeably, the dealership now relies heavily on computer technology. For example, entering vehicles into the dealership’s inventory system—a task Ryan used to complete manually—is now done automatically over the Internet. 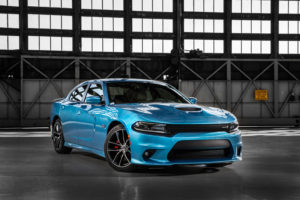 Also thanks to the Internet, customers are able to do a lot of their research online before ever visiting a car dealership. “They know what car we have in stock; they know everything about the vehicle. They know what incentives are available; they know who else has the vehicle,” Ryan says.

Although there are many other automobile dealerships, some people drive many miles to Huntsville to buy their cars and trucks from Team Dodge. “We had a guy fly in from Seattle, Washington to buy a specialized van,” says Sam McCann, used car manager. “Without the Internet, that guy would never have found our van. We brought somebody in from Maryland for a diesel pickup. We had the color he wanted, and he was willing to come here to get what he wanted.” 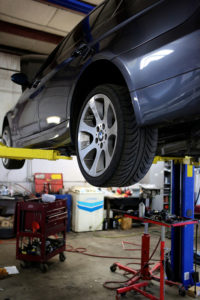 While the Internet has created a different twist to the automobile-buying process, one thing remains the same—most people, no matter how savvy they are with technology, still like to be able to trust their car dealership. “We hear stories all the time from customers, mainly from people who go to dealerships in Houston. They spend six to eight hours there, and they don’t buy a car because nothing was the same when they got to the end of the process…or they put you through the process, and then call you back and tell you the financing didn’t go through,” Ryan says. “If you don’t want the run-around and want the truth up front, that’s what we do.”

Team Dodge even handles the details of automobile purchases with customers over the phone, then delivers the vehicles to their new owners. “I don’t know many dealerships that will do the whole process over the phone and actually deliver the vehicle to you,” Ryan says. 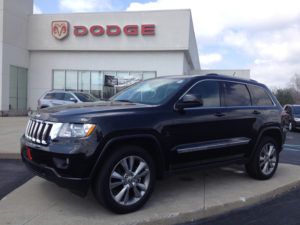 This small-town approach to car sales is also evident with pre-owned cars. “We don’t have a million people walk in, but we do try to treat everybody like family. People know I am going to treat them right, and I am going to do what I say I am going to do,” says Sam, who has been in the used car business in Huntsville for 25 years. “If you make somebody mad, the whole community knows about it by the time the sun goes down.”

Although new customers sometimes come into the dealership “with their guns blazing,” they often learn that the people at Team Dodge are not the enemy. “We try to make everybody happy and bend over backwards for them. When they come back, they are not nearly as defensive as they were the first time,” Sam says. “It is very important for us to have repeat business and referral business. I tell my sales people all the time, ‘You don’t want to sell this person a car. You want to sell them the rest of their cars. You want them to have confidence and faith in what you tell them.’ We love to see people come back.” 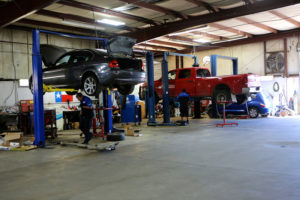 One way Team Dodge earns its customers’ trust is by handling only quality used cars that have undergone all needed diagnostics and repair. “We have a 127-point inspection,” Sam says. “We don’t just throw them out there.”

Whether they are shopping for new or pre-owned vehicles, many customers have come to appreciate the congenial way business is conducted at Team Dodge in Huntsville. “We try to give everybody the best deal for them. We understand a deal is when both parties are satisfied,” Ryan says. “If we can accomplish what our customers want on a car deal, we are going to do it. If we can’t, we are not going to lie to them and tell them we can all the way through the process.” 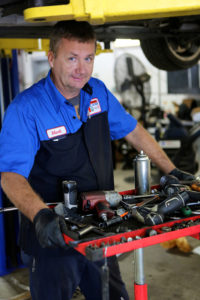 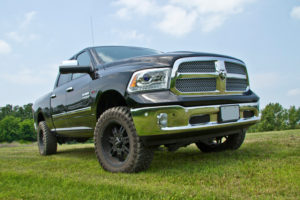 Although there are some makes and models that Team Dodge does not service because it does not have the specialized equipment that is required, the service department welcomes owners of Chrysler, Dodge, Ram, and Jeep vehicles, even if they bought their vehicles elsewhere. Cars that are brought in for service are given a 27-point inspection so items requiring immediate attention can be spotted, and so owners can be warned about items that may need attention in the near future.

“I think people trust us because we try to have a real personal touch. We know the majority of these people by name when they pull up,” Joe says.” At the larger dealerships in Houston, you are just a number and a car to them. To us, the car is the secondary relationship. The customer is the primary relationship. We try to know them by name. There is more of a personal touch because of our smaller dealership.”

Tags:
Previous Article
Do You Know? Carol Gooch
Next Article
I’m a Failure. How About You?