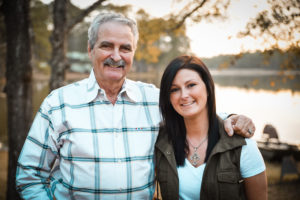 Paul Sullivan and his daughter Danica

To understand what you are getting when you hire Paul Sullivan to build your dream, you really have to understand the man. Sullivan went to work as an electrician right after high school. In just six years, he had earned his master license and started his own company. Over the years, he grew that company to over 30 trucks and had taken on a side business of renovating and selling mobile homes. His desire to branch into homebuilding came from listening to contractors tell homeowners that their dreams were impossible. Paul, having worked in construction for many years, knew the ideas of the homeowners were possible—they just needed a creative and hardworking mind to help bring the dreams to life, so he ventured into the wild world of homebuilding with Sullivan Classic Homes. 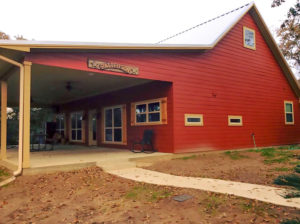 Over the last 12+ years, Paul has built homes in Madisonville, Jewett, Buffalo, Centerville, Oakwood, and Iola. He is looking forward to one day building his first home in Huntsville. When asked to describe the process of building a home with Sullivan, Paul said they have plans you can pick from, or you can be as creative as one of the men in one of his stories who brought in his dream home drawn on a donut sack. “When you come in with your ideas, no matter how you have them, we sit down–you, me, and the architect. We will go back and forth with the architect as many times as it takes to get it right. 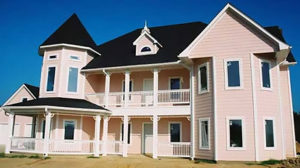 One trip or 15, it doesn’t matter, we want to make sure you are getting exactly what you want.” Once they have the drawings, the job begins. Depending on many factors, the homes can go from idea to reality in less than a year. The quickest turnaround was two and a half months. “The family wanted to be in the home by deer season,” and Paul worked as hard as it took to help them move in on time. “In homebuilding, you gotta be tough as nails with a heart as big as Dallas. You gotta cover both ends to make it happen.” In addition to homes, Sullivan has been commissioned to build other structures like Circle T Realty and Citizens State Bank in Centerville. 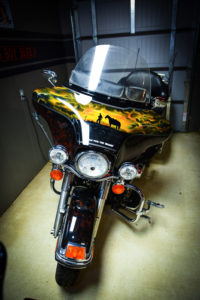 As part of yet another life venture, Paul hosted a cowboy-themed radio show for about 17 years, and one of his favorite things about the cowboy way of life was the idea of “Ridin’ for the Brand.” “When you were a cowboy, you rode for the brand of the ranch. You rode for it, and if you had to, you died for that brand. That was the old cowboy days. Well, it’s no different; you ride the brand when you are building that person’s house. We ride for our customers. The Canales’, you ride for the Canales’.” The Sullivan family takes their commitment to the homeowners seriously, “These people are trusting us, with their life savings sometimes, to build their family dream. We are there for them every step of the way. And what’s in those walls has got to be number one; we only use the best.” That philosophy is applied to every customer, every job. That is the promise of Sullivan Classic Homes.

When not working on one of the many projects going for Sullivan Classic Homes, Paul enjoys spending his time at the deer lease with his family. Between Paul and his wife Lee Ann, they have 8 children and 14 grandchildren. This last season, they saw many bucks every time they went out, but shot a total of one. 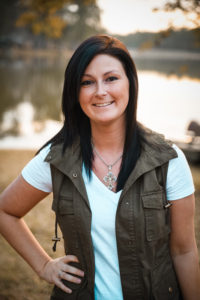 “I’m not even going to say it, you say it,” Paul said to daughter Danica, “Why do we go out there?” “To spend time with the family,” she replied. At one time, Paul was operating his electrical contracting company, Sullivan Classic Homes, and hosting the weekly radio show. In all of these endeavors, family was involved. He has never taken on partners in his businesses; it’s just him and family. Each of his children have been raised to work hard and carry on the family businesses. He has turned his electrical contracting company over to his son, also a master electrician. Several of his children worked for Sullivan Classic Homes over the years, but it is Danica who is following in his homebuilding footsteps. He has recently brought her on fulltime, and she will be taking the reins when Paul is ready to retire. “She doesn’t just do office work; she’s out there pushing these guys like I am. She goes out there and checks the jobs. She has to use her muscles every now and then. She has to get on the end of a broom every now and then. As the home builder, we do everything everyone else forgets or just doesn’t want to do,” 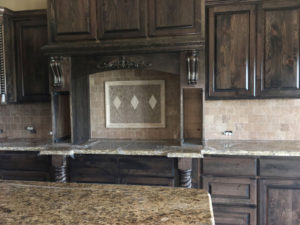 Paul says with a chuckle. When asked what she liked about homebuilding Danica responded, “We are helping make people’s dreams come true. Like the house in Iola—they are a young family, and they are so sweet, so deserving of it, and every time you go out there, they just have a big smile on their face because their home is coming along, and their dream is coming true.” She has been helping branch out, making some moves in advertising, and making additions to the builder family, like finding a great new stone guy. “We love what we do. I’m not saying that I never get stressed, but we love what we do. I love stepping back and looking at it and seeing it done.” Paul and Danica take great pride in the services they offer, and they strive to treat every customer like family.

You can see a photo gallery, FAQs, and contact information at www.sullivanclassichomes.com. According to the Sullivans, their webpage is currently being updated with more pictures and information, so check back often to see their latest projects.