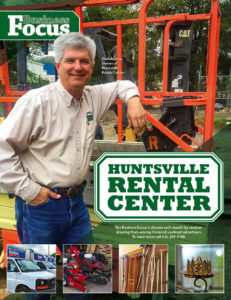 From backhoes to wedding arches, tents, tables, and chairs, Huntsville Rental Center offers a wide variety of rental products. In November 2006, Glen Andrus was approached by Richard Miller, offering to sell him his rental supply company. At the time, it was named Taylor Rental, and it had been in business for over 45 years. At some point, Mr. Miller had changed the name to Huntsville Rental Center, and it has been in the same building on Highway 75 North for at least 35 years. In 1955, when the old building was originally built, it was the Church of Prophecy, “but it has been a rental supply company for so long, most people in town only remember it as such.” At first, when Mr. Miller offered to sell him the business, Glen declined. A few months later, Mr. Miller called again, and said he would make him “a heck of a deal,” so after talking it over with his wife Angie and praying about it, he decided to accept the offer and has been in business ever since. 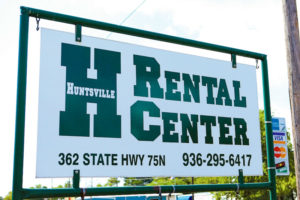 About 6 or 7 years ago, Glen took another leap of faith and bought Discount Moonwalks, which added 20 inflatables to his rental business. This boosted business quite a bit, because when people rented the tables and chairs, they would add the inflatables, the cotton candy machine, or the snow cone machine. For the inflatables, October is a very busy month due to church fall festivals, the Fair on the Square, and the Halloween Carnival that took place at the Walker County Fairgrounds at the end of the month.

The Huntsville Rental Center is the only local rental business that also offers party rental items. They can serve up to 100 people with china plates, glassware, flatware, bowls, coffee cups with saucers, wine glasses, water and tea glasses. For weddings or other special occasions, they can provide choices in linens for tables, in various colors and fabrics. To inquire about the products or pricing, Glen prefers to talk to people on the phone. He encourages anyone needing information to call (936) 295-6497 during regular business hours, or to visit their website: huntsvillerentalcenter.com. 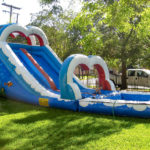 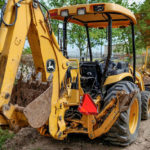 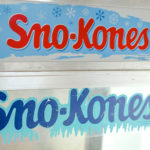 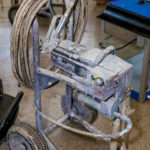 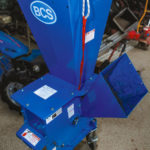 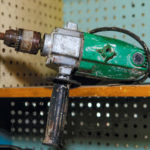 Glen grew up just east of Livingston in the small town of Woodville, with a population just under 2,500. He met his wife Angie at Texas A&M. “It was in a marketing class of about 300 people,” he recalls. “We had a mutual friend in that class; his name was Mike. He was about 6’9”, and he introduced us.” Glen and Angie were married in 1985, and after a few years, they had their three beautiful children: Lauren, Luke, and the youngest Sydney. She’s a senior at A&M this year, and the only one that went back to their old alma mater. “Lauren graduated from Sam Houston State University, and Luke is a youth minister in the Ft. Worth area. He attended Oklahoma Christian University and received his degree in family and youth ministry. Sydney will be graduating in May,” Glen said contently. 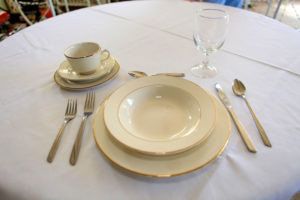 Around 1991, when Glen and Angie were considering moving to Huntsville, it seemed like a convenient, central location because it placed them in close proximity for visiting both of their parents. At the time, he was transferring from the Coburn’s Supply company out of Beaumont, a company he had been with since 1984. According to Glen, the plan was always to come to Huntsville and run the store here, which he did, for about 5 years. After leaving the company, he began working for Mr. Sidney Grisham, who owned Grisham Cattle Company and Camp Coyote. Then, in 1999, he helped Sidney set up Red Rider Rental, and stayed with him for a few more years before moving on to other opportunities then buying the Huntsville Rental Center.

Over the years, Huntsville Rental Center has gained numerous loyal customers, many of whom are homeowners who have been renting from them for a long time. They also do business with contractors like Jimmy Brent, McCarty Electric, Kilgore Services, and several others, who have shown their continual support along the years. Although Huntsville Rental Center is advertised through many means, Glen proudly states, “People have learned about us mainly by word of mouth. We’ve been around so long people know where we are and who we are.”

“I really love the Huntsville community,” Glen affirms. “There are good people here, and it’s a lot smaller than most people think, but no one really knows who you are unless you get involved.” Shortly after moving to Huntsville, Glen joined the Chamber of Commerce. He’s involved with his church and has also joined the volunteer fire department in Crabbs Prairie, where he and his wife currently live. Glen says they’ve truly enjoyed getting to know the folks in Huntsville. Everyone looks out for one another, and he likes the fact that people here have known his kids and watched them grow up.