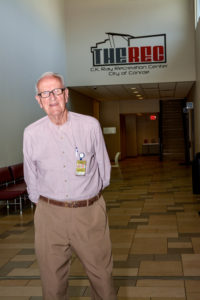 C.K. Ray, age 95, still comes to the recreation center once or twice a day

Young and old recreationists alike are satisfying their fun and fitness needs in the cool and modern environs of the C. K. Ray Recreation Center at 1203 Cane Lane in Conroe. Although the City of Conroe has had a recreation facility since 1986, the facility underwent a $1 million upgrade in 2011 and was christened in honor of C. K. Ray, a long-time Conroe resident and a former 30-year member of the city’s Parks and Recreation Advisory Board. “Mr. Ray, now 95, to this day still comes here at least once, sometimes twice a day, just to check in on the facility,” says Mike Cantu, recreation center supervisor. Cantu, a University of Houston graduate, has been with the Conroe Parks and Recreation Department for more than 15 years. 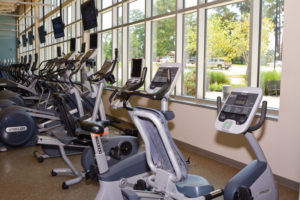 The full-fitness facility features a cardio fitness room equipped with elliptical trainers, treadmills and upright recumbent bikes. The weight room has a variety of machines and free weights. The center also offers special interest classes such as gymnastics, karate, dance, and athletic programs for all ages.

Under the auspices of the City of Conroe Parks and Recreation Department, the center has an annual operational budget of about $1.5 million, says Cantu. “We have five fulltime staff members, 30 part-time staff, and probably 30 contract instructors,” Cantu says. “Instructors are paid. We work on a 75–25 split. Instructors get 75 percent of the revenue, and we keep 25 percent.” 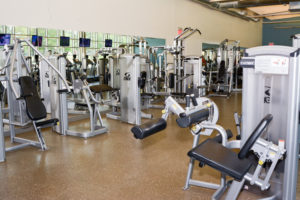 “Over the course of a year,” Cantu says, “we offer well over 100 programs.” For youth, one of the most popular programs is gymnastics, Cantu says. “We’ll run 20 classes for that two times per season, with eight girls per class.” Other popular youth programs are dance, day camping, and sports such as basketball, soccer, volleyball and tennis. For adults, Cantu says, fitness programs are very popular. “The baby boomers are becoming more fitness-oriented as time goes on,” he notes. Older senior citizens also are regular participants in the center’s fitness programs. “We have one gentleman that works out here who I believe is 101,” Cantu says. “He works out daily.”

Another program which has proved especially popular with adults is pickle ball, Cantu says. “It’s a cross between badminton and tennis. We have two indoor courts. The courts are abbreviated, like badminton, but the paddles are more solid, and the ball is bigger. The ball is like a Wiffle Ball™. It’s more adaptable for folks who might have limited mobility. They have a blast playing.” 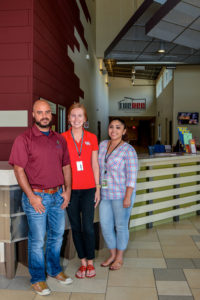 Adult co-ed softball is also popular, as is dance. The center will be the scene of an annual “senior” prom for persons 55 and older on Aug. 26 with dinner and dancing to live music. Fee is $10 per person and requires pre-registration.

In its fiscal year 2015, Cantu says, “more than 260,000 people came through our facility, an 8 percent increase over the same time 2014.” The center’s biggest challenge, he says, is space. “Conroe is a growing, dynamic community. Even though we expanded and reopened this facility in 2011, we’ve run out of space. I could program a facility twice this size without any hesitation or reservation.” 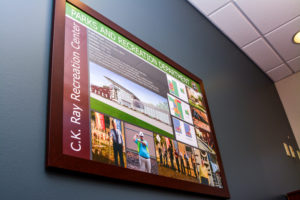 Individual membership is available on a daily, or one, four, or 12 month basis. Senior citizens receive a discount. Household memberships (four persons per household) are available on the same monthly basis. Membership fees are only slightly higher for nonresidents of Conroe. Childcare is available for up to two hours daily while members visit the center.

“We consider ourselves affordably priced for any citizen,” Cantu says. “Our fitness membership is a ‘no hassle’ membership. It’s pay as you go. There is no contract, no sign-up fee for joining, and no penalty fee for quitting. Here, if somebody buys a year membership and after six months gets transferred to a job somewhere else, we’d give them a six-month refund. 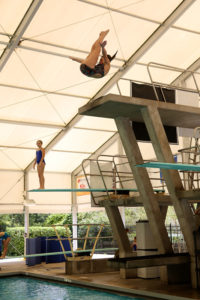 When you get a membership here, what’s beautiful about it is it also includes the Aquatic Center.”

The aquatic center in Candy Cane Park has an education/exercise pool and a competition pool, each 25 yards long with a combined total of 14 swimming lanes. The competition pool includes a diving well with two one-meter springboards, two three-meter springboards, one one-meter platform and one five-meter platform. Both pools are heated and covered with sides that can be opened for seasonal climate control. 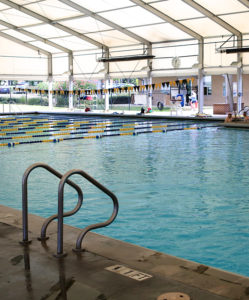 “We have a wide variety of programs at the center,” Cantu says. “At some point of time in a year, as a youth, adult, or family, you probably should be able to find something of interest to you. Now, that being said, we have challenges in that we can’t be all things to all people.

More information about the C.K. Ray Recreation Center is available on the City of Conroe website under Parks & Registration.