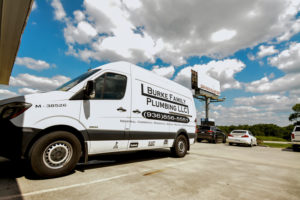 For years, brothers Nathan and Ryan Burke, both master plumbers, talked about starting their own plumbing company. Then, when they sensed the time was right, they promptly put their plan into action. “We hit the ground running,” Nathan says. Their new business, Burke Family Plumbing, was operational in about a week. Nearly three years later, the company headquarters is a busy place. Burke Family Plumbing operates four fully-equipped trucks for service calls, and plumbers have advanced licenses that enable them to handle almost any plumbing installation or repair, whether commercial or residential.

Every day, Burke Family Plumbing responds to plumbing emergencies, many of them residential, and the plumbers are happy to share their knowledge and expertise with their customers. “What sets us apart,” Nathan says, “is that we try to educate our customers so they can make informed decisions.” However, Burke Family Plumbing will not try to sell customers expensive items they do not need. “We hire licensed plumbers,” he says, “not salesmen.”

Customers appreciate this transparency, says Nathan’s wife Kimmy, and are relieved when service calls don’t turn into sales pitches. “We help them with whatever original problem they have,” she says. “We don’t try to take advantage of the situation.” 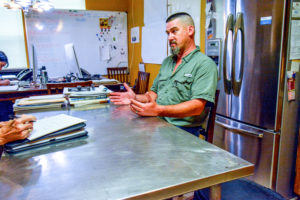 Nathan is a master plumber, not a wordsmith, but he recently authored a riddle that tends to stump people: what invention has saved more lives than any other, but has also killed people when not used properly? The answer, he says, is the flush toilet. The U.S. enjoys the benefits of good sanitation, made possible in large part by flush toilets; disease is often rampant in countries where flush toilets are seldom used. Unfortunately, good sanitation isn’t always simple. Because sewer lines and potable water lines can be easily cross-contaminated, Nathan and Ryan believe that toilet repairs are best left to the professionals who are trained and licensed to deal with them. “Cross-connections,” says Ryan, who has been a plumber for nearly 17 years, “could be the most deadly thing to our society.”

Even something as seemingly uncomplicated as replacing the fill valve on a toilet, Nathan says, can actually cause a home’s drinking water to become contaminated with sewage. It’s an unfortunate truth that because fill valves are inexpensive and available at home-improvement centers, many people believe that it is foolproof to install them; however, if they’re not adjusted properly, the results can be disastrous. “It can back-siphon water from the toilet into the water supply,” he says. While many people have performed this task without incident, Nathan doesn’t believe it’s worth the risk. Often, customers attempt this repair themselves and call Burke Family Plumbing when they realize that the job requires adjustments they are not qualified to make. Sometimes, he says, this mistake can cost homeowners as much as three times what it would have cost them if they had called Burke Family Plumbing in the first place. Furthermore, once plumbers are on the scene, they can proactively replace this vital part on other toilets in the home at a fraction of the cost. 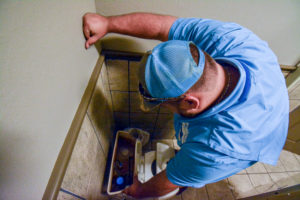 Although many calls made to plumbers are the result of emergencies, Burke Family Plumbing suggests calling before disaster strikes. Some future plumbing emergencies can be avoided through simple preventive maintenance. For example, water heaters—often located out of sight and out of mind in attics—can cause thousands of dollars in flooding damage if not properly maintained. The good news is that, with proper maintenance, a water heater will last for decades.

The trick, Nathan says, is to have a licensed plumber check the water heater’s anode rod annually and replace it if necessary. “The anode rod is made of a self-sacrificing material that allows the water to attack the anode instead of the tank,” he says. “Once the anode is gone, it attacks the tank.” In addition, ignoring this important part of water heater maintenance can sometimes invalidate warranties.

While it’s easy to take a plumber’s skill for granted, a master plumber has spent many years learning his trade. “Most people don’t realize that a plumber who walks in the door has as much time in school and on-the-job training as their cardiologist,” Nathan says. By law, everything that is distributed through a pipeline, he says, including natural gas, fresh water, and sewage, must be installed and maintained by a licensed plumber. This strict licensing procedure is for a good reason—gases can explode, and water can become contaminated if handled by someone who has not been properly trained. 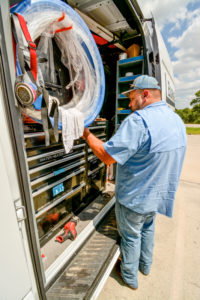 There will always be a need for plumbers, Nathan says, and Burke Family Plumbing is proud to be able to help aspiring plumbers. The company provides on-the-job training under the watchful eyes of licensed plumbers so young people can follow the path toward careers in the plumbing trade. Certain routine tasks may legally be done by apprentices, while others can be done by tradesman plumbers or journeymen plumbers.

A little-known fact, Nathan says, is that some plumbing jobs require specialized licenses, and over the past several years, Nathan and Ryan have been steadily acquiring and maintaining those licenses. For example, in addition to being master plumbers, the two brothers hold licenses that enable them to work on the underground water supply for fire-suppressing sprinkler systems, as well as the systems that distribute and recover medical gases (such as nitrous oxide) in doctors’ offices and hospitals. Having specialized licenses comes in handy when Burke Family Plumbing works at construction sites. It’s convenient for builders, because they don’t have to hire separate crews for different tasks. Burke Family Plumbing can do all underground work, addressing basic plumbing, storm pipes, and underground fire supply. “We have every license to do so,” Ryan says, “and it’s all at the same stage of work.”

Nathan and Ryan enjoy being able to handle new construction, solve their customers’ residential and commercial plumbing problems, and help aspiring plumbers along the way. Perhaps the most satisfying thing about owning their own plumbing company, however, is when their customers congratulate them on a job well done. “We do a good job,” Ryan says, “and that’s what customers tell us.”

For more information about Burke Family Plumbing, visit its website (www.burkefamilyservices.com) or call 936-856-5551.