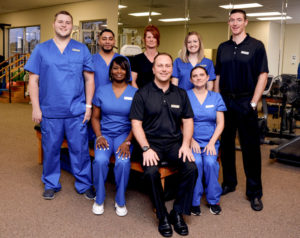 Commitment, resilience, and adaptability, along with advanced education and a high level of skill in the area of chiropractic, define Dr. Todd Custer of Better Care Chiropractic in Willis, Texas. Throw in some great stories and unusual experiences, including a face to face meeting with a major disaster, and you have an even more in-depth look into his life and the reason why he and his wife Andrea came to this area.

Todd and Andrea grew up in Collegeville, Pennsylvania, which is near Valley Forge, an area steeped in history. The home that Andrea grew up in, built around 1700, had stone walls about 3 feet thick. It was rumored that George Washington dined in the home during his stay at Valley Forge. Todd and Andrea were high school sweethearts. Both attended colleges outside the state, with Todd attending Salisbury University in Maryland and Andrea attending James Madison University in Virginia. Todd earned degrees in both physical education and athletic training. Andrea earned a degree in health science and became a public health educator. 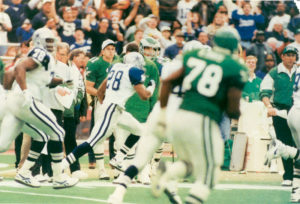 After graduation in 1994, Todd applied for a position with the Philadelphia Eagles as a seasonal athletic trainer, and was selected out of hundreds of applicants to work with the late head athletic trainer and Texas native Otho Davis. During this year, he had the privilege to treat Eagles players such as Randall Cunningham, Herschel Walker, and Eric Allen. Additionally (a fact which was unknown at the time), Todd and the other trainers lived in the old Veteran’s Stadium in Philadelphia. Sleeping quarters were below the training room, tucked in under the old concrete bleachers. Living onsite enabled the trainers to be available around the clock seven days a week to treat the athletes’ injuries on an as-needed and consistent basis. If Todd went home to spend the evening with his parents, he had to give a secret password to the security gate upon returning to his living quarters at the stadium. 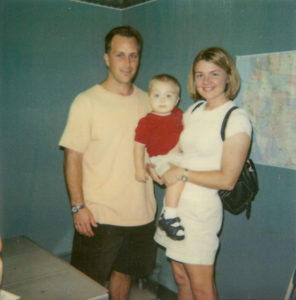 Following their marriage in 1996, Andrea resigned her position with the Montgomery County Health Department in Pennsylvania, and they moved to the Gettysburg area so Todd could assume his new teaching and athletic training position at Gettysburg Area High School. Todd would serve as head athletic trainer for the school district, and would treat sports injuries and educate student trainers on emergency procedures and methods of treating injuries. They arrived in Gettysburg during the aftermath of recent and severe flooding in the area that had forced many residents from their homes. As a result, rentals and apartments were hard to find, so the couple was forced to stay in a local boarding house which had been a Civil War orphanage for children orphaned during the Battle of Gettysburg. Located just feet away from the Gettysburg National Park, “The Homestead” was owned and operated by two sisters up in years, who would spend hours in the evening telling stories of life in Gettysburg at the time of the Civil War. In addition, The Homestead, like other historic sites in Gettysburg, had a reputation of being haunted! 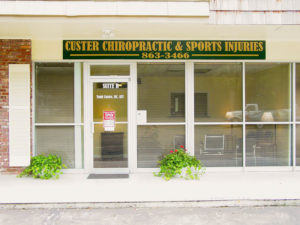 After buying a home and working for six years with the school district, Todd began to discover the benefits of chiropractic. While serving as an athletic trainer, he noticed that the athletes who went to a chiropractor would recover quickly. After spending a period of time observing a local chiropractor, he decided to go back to school to become a chiropractor. He soon applied and was accepted to Texas Chiropractic College in Pasadena, Texas, a very reputable school. Their plans were set—they sold their home, and Andrea’s newly acquired degree in education would help support the family as Todd went back to school. This move was also beneficial in another way. Andrea’s parents had recently moved to the Mississippi Gulf Coast, and visiting them would be much more convenient now that they would be living in Texas. 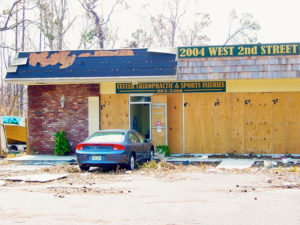 Todd graduated summa cum laude from Texas Chiropractic College in 2005. The couple had also become very fond of the Gulf Coast area and decided to make it their home. They rented and remodeled their new office on the beach block of Long Beach, Mississippi, and opened it in late July of that year. Meanwhile, Andrea accepted a position with the local high school, and the couple looked forward to living and raising their family on the coast. Little did they know that their well laid plans would forever be changed. Hurricane Katrina hit the area a month later, tearing a portion of the roof off the new office and allowing the rain to completely flood the building. Everything was lost. 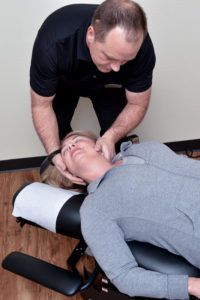 Andrea’s parents’ home, where Todd and Andrea, their son, and her parents were residing, was completely demolished. Fortunately, the family members were all safe, having evacuated to Pensacola, Florida before the storm hit. Now the overwhelming and time-consuming process of dealing with the insurance companies and clearing the debris would begin for coastal families. For six weeks, Todd, Andrea, their son, the family dog, her parents, and their dog, all shared a single hotel room in Pensacola—and for that, they were truly grateful!

In October of that year, a friend who had attended Texas Chiropractic College with Todd informed him of a job opening in Willis. It was a Chiropractor position with Willis Spine and Rehab. Todd applied for the position, was hired, and the family made the move to the Conroe area. Todd bought the Willis practice in 2008 and recently renamed it Better Care Chiropractic, a name suggested by Andrea’s mother. Todd added a second location in Montgomery, naming it Better Care Physical Therapy. The “Better Care” name reflects the high commitment to quality service and care for each patient entering their doors. 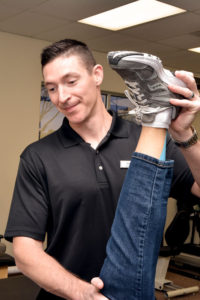 Better Care facilities offer the full array of chiropractic, physical therapy, and massage therapy services. Both Better Care facilities are equipped with a physical therapy gym, a massage therapy treatment room, and chiropractic treatment rooms to enable each patient a rapid recovery process. Better Care Physical Therapy, located in Montgomery, boasts an in-ground aquatic therapy pool for those individuals that have limited weight bearing or do not progress with land-based rehabilitation. In addition to the aforementioned services, Dr. Custer is certified by the Federal Motor Carriers Safety Association to perform DOT physicals. Better Care Services include: