During the early morning hours of September 13, 2008, Hurricane Ike began its destructive path across southeastern Texas. The previous day, Tim Weaver, president of Ark Generator Services, had been busy installing permanently-mounted standby generators for two area homes. When the hurricane took out the electrical power at his own home, however, Tim was in far worse shape than his customers. His in-laws, who lived in Trinity, came to Tim’s house to escape the storm, and the extended family had to rely on two portable, gasoline-powered generators to provide power.

Every time the air conditioning unit tried to kick on, Tim says, the amperage was too high for the generator, so he resorted to a makeshift plan to get it started again. “I had to hold the contactor with a screwdriver to allow the compressor to start,” he says. He turned the thermostat down to a “freezing your eyeballs” setting so that it would stay on all night. 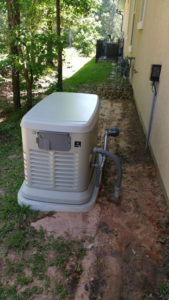 Tim’s wife, Naomi, was not pleased. “You have been installing standby generators since 2004,” she told Tim. “Why don’t we have a permanently-mounted home standby generator?” Two years later, when the Weavers moved to another house, Tim installed a Generac generator that is fueled by the home’s natural gas supply. The unit monitors incoming voltage; if it senses a power outage, it automatically transfers the home to generator power.

Many area residents have discovered the convenience of having permanently-installed standby home generators. They are available in seconds to power homes when electrical power is lost due to hurricanes, tornadoes, severe thunderstorms, falling tree limbs, brownouts, rolling blackouts and random outages caused by an aging grid. Many of Ark Generator Services’ customers are dependent on power because of medical conditions; others have water wells that are disabled during power outages. Some customers work from home and need power to operate computers and other office equipment. Some simply like the convenience of having air conditioning, television, lights, and refrigeration without interruption. 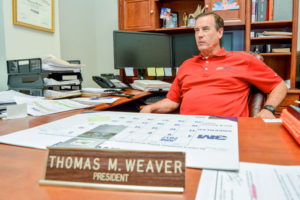 Ark Generator Services is the offspring of W&A Electric Service, a company founded by Tim’s father-in-law and uncle in 1979. Tim began working for the company in 1987 and bought the business in 1993. He later relocated the company from Trinity to Conroe. In 2006, W&A Electric Service began doing business as Ark Generator Services, a full-service generator company, with a motto of “We’ll get you through the storm.”

Since that time, Ark Generator Services has installed Generac and Kohler generators in homes spanning southeast Texas, from League City and Baytown to the Lake Sam Rayburn area, and from Centerville to Washington-on-the-Brazos. A typical customer, Tim says, is between the age of 45 and 80. “They don’t want to be without electricity,” he says. “They don’t want to have to leave their homes. They want to stay with their investment, or they want to stay because their families are coming to them.” 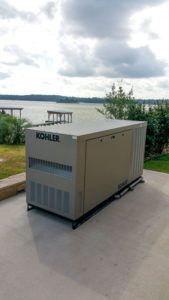 Ark Generator Service navigates the process of installing home generators for customers, providing professional service from start to finish. After installation, Ark is available for service and any needed repairs ‘round the clock. Customers report that members of the Ark staff are knowledgeable, friendly and courteous, and take the time to explain procedures. “We are going to take care of our customers,” Tim says. “We go above and beyond on customer service.”

“I never knew how complicated it was in getting a Generac standby generator connected to our home,” one customer says. “The city permits, the gas company, the electric company, and getting these companies to cooperate and synchronize was difficult at best. Ark and those persons who worked with us were willing to go the long haul. They were there with a backup generator when the electrical power went down, even though our Generac was already located in our back yard waiting on permits for hookup.”

Ark Generator Service also impressed a disabled veteran who is dependent upon life-sustaining medical equipment that requires constant power. When Ark Generator Service arrived to repair his failed generator, he was stunned to learn that he was not expected to pay for the service. “Needless to say, I was flabbergasted and so appreciative. For once in my life, I was left almost speechless. It is service to needy people like me that makes this company such an outstanding business in our community,” he says. 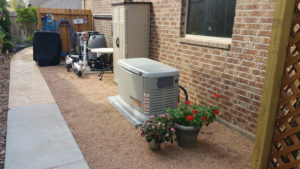 Customers often report that it is a great investment to have standby generators. Power outages, whether short or long, are no longer stressful. Family members don’t have to search for open gas stations or wait in line to pump gasoline into cans. With a permanently-mounted standby generator that runs on a home’s natural gas supply, a family can stay comfortable without packing up and leaving their home. “We have only needed the generator a few times so far, for short outages, but it worked like a charm,” one customer says. “It’s nice to know it’s there if we need it.”

Electrical repairs for residences and businesses 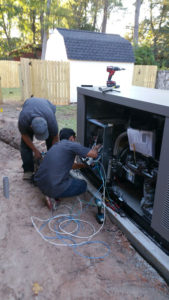 In addition to repairs, W&A Electric Service can help homeowners determine if their older homes have safe wiring. Electricians will always “err on the side of safety,” Tim says, but will never automatically assume that an older home needs to undergo costly repairs or must be rewired. Homes that have copper wiring with good insulation are generally safe, he says, but those built before the 1950s often have worn-out wiring that can be dangerous.

W&A Electric Service can also help people identify problems before they put their homes on the market, thereby reducing the possibility that deficiencies will be flagged during real estate inspections. All work is done with adherence to local codes and regulations. 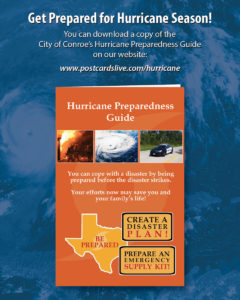 “We love the process of selling, installing, servicing and maintaining home standby generators for all of our customers, but our roots run deep in the electrical industry.”