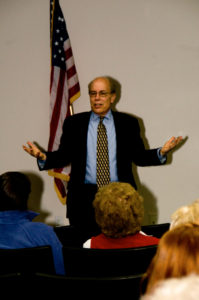 Glenn Frankel was a Washington Post reporter and editor for many years, winning the Pulitzer Prize in 1989; he has written three books, the latest of which tackled the legend and the facts of The Searchers, the great John Ford film starring John Wayne. The book was a New York Times bestseller and was praised by the Washington Post for its “impeccably researched…journey from fiction to fact.” Frankel spoke with Postcards about the film and the history behind it.

The movie The Searchers is a complex film, and it’s about a complex history. Tell us who Cynthia Ann Parker was.

The Parker family came from the Eastern seaboard and, in classic pioneer fashion, moved west. A contingent of that family ended up in Texas, getting fresh soil and a fresh start. They were on the edge of the Indian Territory, and a group of Comanche and Kiowa attacked them, killing five people and abducting five people, including nine year-old Cynthia Ann Parker. She was raised as a Comanche, and she had three children. In 1860, her Indian settlement was attacked by the cavalry, and they almost killed her, but they noticed she had blue eyes. They took her to Fort Worth, discovered who she was, and “reunited” her with her white family, but she never readjusted, and she never saw her children again.

One of her sons, however, survived to adulthood. 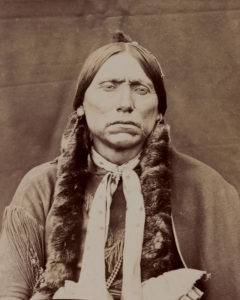 His name was Quannah. He was a Comanche warrior for much of his life, but he surrendered in 1875, moved to Oklahoma, and became a conciliatory figure, citing his white mother as one of the reasons he preached peace between whites and Indians. He actually helped the Comanche people survive and helped bridge the cultural gap. He’s a larger-than-life figure.

The settler-Indian relations were rocky and violent. You capture that graphically in your book. This had to be a conscious decision to address this head-on.

It was a difficult choice, because you want to balance reality and taste. It was a violent time and place, a 40-year war, and often women and children and families were targets, and it was horrific. I had to describe those things to provide a sense of the horror.

What do the historical facts of Cynthia Ann and Quannah tell us? What’s the larger import of the factual story? 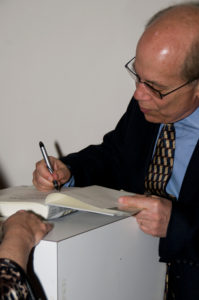 It tells us some fundamental things about people trying to survive in a difficult world, trying to lead a normal life while traumatized by warfare. We can identify with Quannah, who tried hard to heal wounds created by war and cultural misunderstanding. He reaches out, with a foot in both camps, and says, “We need to try to live together.” It’s an important message that peacemakers through the centuries have attempted to convey.

Did Quannah believe in that message, or was he motivated by ego?

I think he believed it, based on what he did. He was generous, he took people in, and he reached out. I don’t mean to underestimate his ego or his potential for brutality. I am not painting him as a saint, but I think his fundamental motivation was to protect his family and the Comanche nation and build bridges. I expect leaders to be politicians, and Quannah was a good one.

Sam Houston makes appearances in this story. Was he a counterpart to Quannah, in that he had a presence in both Indian and white cultures and was also a conciliator? 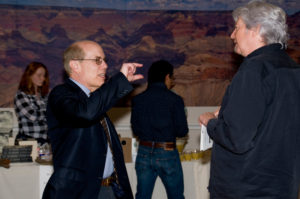 That’s an interesting comparison. I think there are similarities. Sam Houston delivered Texans from Santa Anna, so he was very popular and successful. But I didn’t know a lot about Houston before writing the book. He spent a lot of time with the Cherokee, and whenever he seemed to be at the end of his rope in the white world, he would retreat to the Indian world and be replenished, if you will. He tried to be a conciliatory figure, believing there was room in Texas for both Native Americans and Texans. He pushed hard as a man of peace. He contrasts with James Parker, who saw the Indians as a disease that must be exterminated. If we would have listened to Houston and Quannah Parker more, things would have been much better.

James Parker, Cynthia’s father, was the basis of John Wayne’s character in The Searchers. Interestingly, Parker lived in Huntsville, and the daughter Rachel came home to Huntsville in 1838, when she was reunited with her family. 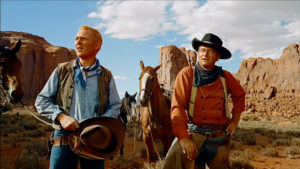 That’s right; she spent almost two years with the Comanche, and had been treated brutally. She was finally ransomed. She returned to her father’s house and spent the last year of her life there.

She died when she and her father tried to flee Huntsville.

They had to leave, because James was a rough guy with many enemies. He was an outsider, a bit of a drunk, and a religious fanatic. But he was determined to find his kids, and he becomes the inspiration for the Ethan Edwards’ character John Wayne plays.

You’ve written for the The Washington Post for almost three decades, and you’ve completed two other books: Beyond the Promised Land: Jews and Arabs on the Hard Road to a New Israel (1994) and Rivonia’s Children: Three Families and the Cost of Conscience in White South Africa (1999). At first blush, the Texas Frontier seems a different topic, but all these books address cultural conflicts in a geographic region. Did you consciously extend this focus to the Texas frontier? 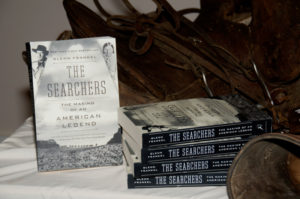 It’s definitely a thread in my work. I don’t know if I saw it when I began work on The Searchers, but it certainly emerged. This 40-year war, two cultures in the same territory fighting for domination, felt very familiar. I had written about it in Southern Africa and the Middle East. Also, I’ve been a foreign correspondent, which involves going to a place that’s not home, trying to get to the heart of the conflict, the heart of the story. You have to then deliver that to people who are not directly involved in the conflict, and that’s a precarious exercise. You’re still an outsider, but it bestows certain advantages: you have a fresh set of eyes, and you’re not vested in one side or the other, allowing you to be evenhanded. Reviewing the Comanche-Texan wars was not dissimilar to what was happening in Southern Africa or between the Arabs and Jews. I think my work goes back to the question of what happens during warfare and what people do to each other in the name of survival and victory. 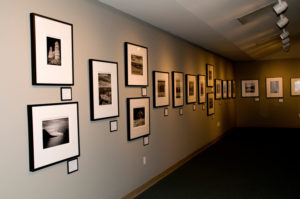 In these scenarios, the cultures set out to protect themselves, as they see their interests. Do you find this evolves into self-destructive behavior?

Yes, absolutely. It coarsens your society, and it’s self-defeating. You are creating a new generation of enemies. In all those ways, I see self-destructive behavior, sad behavior—people trapped in this tit-for-tat violence…inevitably it becomes generational and is transmitted. It takes extraordinary people, like Quannah Parker for example, to find a way to end the cycle. But it’s easy for outsiders to see. It’s not our families. It’s harder to prescribe a remedy.

You must believe in some common human elements. Otherwise, there wouldn’t be much purpose in writing about these types of conflicts.

People do share some similar values—protecting their families, having opportunities. You have to believe we share some common humanity, some sense of values, and therefore it is worth describing to each other these types of situations so we may learn from them. 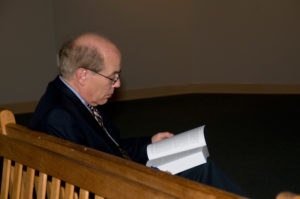 You began the book with the idea of doing a “making of” book. That grew into you addressing both the movie and the non-fiction behind the movie.

When I returned to the US after being a foreign correspondent, I wanted to write an American book. What could be more American than The Searchers? Originally, I wanted to write the book about John Wayne and John Ford. What could be more fun than that? But, it didn’t take long to realize there was a beginning story, that this movie is only one rung on this ladder. But, the movie is in many ways still the center of the book.

In the second half of the book, you tackle some heavyweights—John Ford and John Wayne. How did you capture their larger-than-life personas?

They are extraordinary, with many complex and interesting things happening in their lives and work. But, I didn’t set out to write anything new about them. I tried to capture their core and explain why they did what they did. I begged, stole, and borrowed from all kinds of works. They were part of a larger story, so this wasn’t a biography, but a story with characters. And, I knew they would be great characters, so I just had to learn as much as I could and present them as freshly as possible. 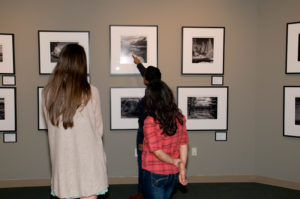 The Searchers often makes the top ten lists of the greatest movies. What does the movie tell us about ourselves and human nature?

Well, it’s a visually striking film, and I think that captures critics’ attention. It’s so beautifully filmed, visual storytelling at its finest. But the movie is also unsettling, because it has racist elements to it. It’s kind of a racist movie about racism. It offers iconic western themes and characters like the man on horseback, the Indian fighter, the virginal princess, the noble savage. It gives great themes, and then it subtly undermines them, pointing out the problems and flaws of these icons. The man on horseback, the John Wayne character, turns out to be a bit of a psychopath on a quest of vengeance and hatred. Ford is delivering our icons, undermining them, and making them deeper. The film’s stature has risen, as each generation has read into it some of its sensibilities and concerns. And that’s one of the reasons it has had staying power.