Trending
You are at:Home»Features»Get Away»Gotta Get Away? Try Tomball
By Tori Brock-Lyle on September 1, 2013 Get Away 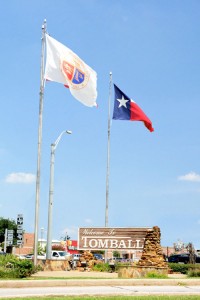 Nestled just northwest of Houston, a thriving city with the heart of a small town waits to be discovered. Tomball features amenities comparable to towns much larger than its 10,000 population, like a thriving restaurant and business community. Historic downtown, however, works hard to preserve its history by celebrating the past and catering to its unique heritage.

Most residents in our area probably don’t know that Huntsville and Tomball are closely connected historically. Tomball gets its name from Thomas Ball, a three-time mayor of Huntsville and former congressman, who is also known as the “Father of the Port of Houston.” Ball brought the rail service to Tomball, and the city was founded in 1907. Rail industry flourished for more than a decade, but soon was replaced by gas and oil, which still provides economic stability to the area.

This all started in 1933 when the Humble Oil Company struck oil. For a time, Tomball was known as “Oiltown, USA.” Humble Oil eventually changed its name and became Exxon. Over the years, more than 100 million barrels of oil and 316 billion cubic feet of natural gas have been discovered in and around Tomball.

In another tie-in with Huntsville, General Sam Houston was a frequent visitor to the Pillot House, now part of the Tomball Museum Center. While the Tomball Railroad Plaza and Museum can be found at 201 S. Elm St., the Tomball Museum Center (TMC) operates at 510 North Pine St. The TMC offers ten buildings open for tours, including a Farm Museum, Wendish log cabin, doctor’s office and much more. The TMC is owned by the Spring Creek County Historical Association and is open Thursday through Saturday 10 a.m. to 2 p.m. and Sunday 2 to 4 p.m. For more information, visit the Tomball Museum Center Website or call (281) 255-2148. 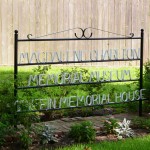 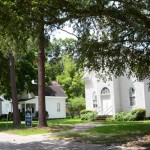 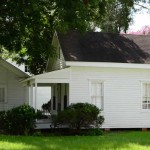 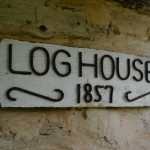 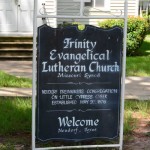 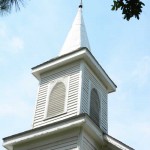 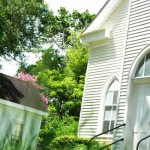 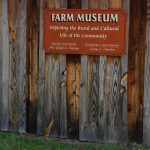 Farm Museum: Depicting the Rural and Cultural Life of the Community 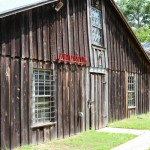 Charlie Hall, president of the association, takes pride in coordinating efforts to keep the buildings preserved. “Every building here is over 100 years old,” Hall said, during a recent summer afternoon on the grounds. “We maintain them and keep them up.” All buildings were moved to the site except one, the Farm Museum, which houses an antique ox-driven cotton gin. “Every building has all the furnishings from back in that time,” he said. Tours of the museum grounds last as long as two hours. Events, such as weddings and receptions, are often held at the historic church on the grounds. Much of Tomball’s history is tied in closely with the railroad community. To preserve this, the Tomball Railroad Depot Plaza and Museum features train memorabilia, art, antiques, and a model railroad. The museum is open from 1 to 5 p.m. Sunday. The Railroad Depot is also open during Second Saturday at the Depot, an event hosted by the City of Tomball, which features music and an outdoor movie. For more information, call (281) 351-5484.

After a full day spent learning and marveling at the history of Tomball, plenty of unique shopping and dining experiences await. The Relics by the Railroad shopping center is a natural choice for a first stop on the shopping trail. The shopping center features many shops connected by a common boardwalk, shaded by tin roofing and screened areas that let in the sun. With shops like The Bath Hut, which features apparel, gifts and bath products and Tender Touch Gifts, which specializes in home décor, candles, furniture – you’d be hard-pressed not to find a gift for that special someone or a treat for yourself.

Ask a local where to go for lunch, and you’ll likely be directed to the Whistle Stop Tea Room, located at 107 Commerce in the Relics by the Railroad shopping center. The Whistle Stop is open from 11 a.m. to 3 p.m. Monday through Saturday. While the shop has been in operation for 20 years, owner Cindy Vincik just celebrated her 12th year as proprietor.

“We specialize in soups, sandwiches, quiche, salads, and 15 homemade desserts every day,” Vincik said. “Our bestseller is our bread pudding made out of croissants.” Vincik said her favorite thing about the business is the people. “I grew up in this community, and it’s just a hoot for me. It’s an honor to be part of the business community here. The growth in Tomball is phenomenal, and they are continuing to upgrade the downtown historical area.” For more information, call (281) 255-2455 or visit the Whistle Stop Tomball Website.

Some shops at Relics by the Railroad specialize in the unusual. A western outfitter in Texas is not uncommon, but one specializing in English riding gear is a horse of a different color. Charlotte’s Saddlery features a full line of Western and English riding gear, including saddles, blankets, riding crops, helmets, riding boots, and much more. A healthy selection of Breyer horses are also available for children or collectors. For more information, visit 114 W. Main, the Charlotte’s Saddlery website or call (281) 351-1705. 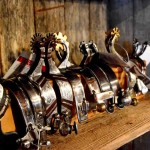 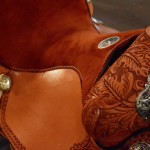 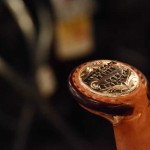 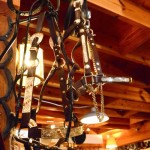 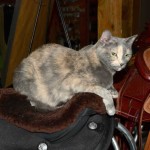 As with most historic Texas towns, antique shops dot the downtown area with treasures galore. Just as the history walks and shopping excursions have you ready to collapse, Mel’s Country Cafe (24814 Stanolind Rd.) is ready and waiting to welcome and feed weary travelers. Don’t let the out-of-the-way location and nondescript red brick facade fool you – Mel’s is THE place to go for comfort food and country hospitality. No hunger is too big for Mel’s, which features the belly busting Mega Mel’s Burger – a gastric challenge served since 1994. Have your picture posted on the Wall of Fame if you can finish the burger in two hours.

Those who want to eat a good meal have plenty to choose from at Mel’s. Daily specials change, but rotating favorites are chicken and dumplings, roast beef over onions and potatoes, and Cajun grilled catfish with shrimp and crawfish Veracruz, which features a cilantro cream sauce. There’s also a 14 oz. grilled sirloin steak with grilled mushrooms and garlic butter. Owner Charles Weirich’s family built the cafe in 1978 and, while it has had other owners, it’s been back in the Weirich fold since 1994. Bestsellers are the fried catfish, chicken fried steak, and burgers, all of which are served in hearty portions. In May, Mel’s updated its menu and added new items that have quickly become favorites. “We added a deep-fried Monte Cristo, turkey club, and a chicken chipotle,” Weirich said. Another new favorite is the chocolate pecan pie, which is always handmade. For more information, call (281) 255-6357 or visit MelsCountryCafe.com or their Facebook Page. Mel’s is open Tuesday through Sunday – call for times.

Now that you’ve filled your head with history and your belly with food, head 10 miles down the road to the Showboat Drive-In in Hockley. This drive-in theatre is one of the few still in existence in Texas. The film’s audio streams through your car’s radio, or visitors can bring portable stereos and sit outside. Located at 22422 FM 2920, double-feature movies are $6 per adult, $4 for children 3 to 12, and kids under 3 get in free.

The Showboat has two screens, and there’s always a kid-friendly option so parents can bring the whole crew. The theatre is open Wednesday through Sunday and gates open at 7:30 p.m. during the summer months. The first feature begins at dusk. For more information, call (281) 351-5224 or visit the Showboat Drive-In Website.